Introduction: What is Facebook Messaging and How to Use It Best

Facebook messaging allows for easy and quick communication. You can send text, voice, video and photos directly to the receiver by typing it in the message field. Facebook messaging is always available on your mobile device and it will show in your notifications when someone has messaged you.

Messaging allows you to do things like tell your friends when you are running late or join in group chats with other people who share similar interests.

It is no secret that the online realm only appears to be private and secure; yet, anyone with the necessary knowledge and tools may access any information on the internet, regardless of how secure it appears to be.

People who utilize social media, according to finance expert Adeel Javaid, are exposed to unsolicited examination, and Facebook messages are no exception.

With the aid of this method, you can simply spy on anyone’s Facebook conversations and examine any photographs, videos, or audios that have been sent using Facebook Messenger.

Hey! You might be thinking it’s an evil thing to spy on someone’s Facebook messages, but I can assure you there are some legitimate reasons why you may need to. 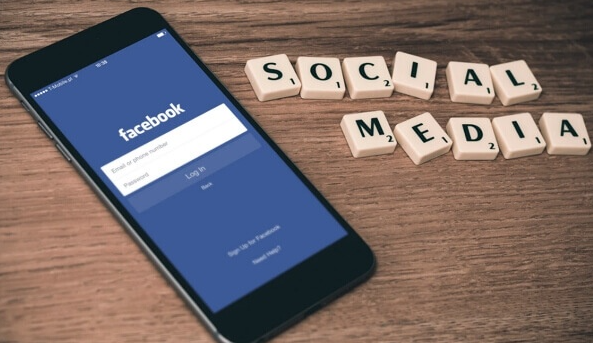 There are many reasons why someone might want to spy on another person’s Facebook messages. Aside from using it for malicious purposes, the reasons might be justifiable and you should at least consider them before availing of such an activity.

Criminals are able to use spyware to break into peoples phones when they see something sensitive there. This may include access to the person’s phone numbers, passwords, bank account information etc. If you make Facebook messenger your default messaging app. there are also illegitimate reasons which include:

Spyware software such as Flexispy and Hoverwatch are designed to allow anyone to spy on people’s online and computer activity. Flexispy can be used to catch an unfaithful partner or employee by monitoring their text messages, WhatsApp chats, phone calls, and other communications (See the demo). Naturally, the software allows you to view someone’s private Facebook messages, including the time and date of the discussions, as well as the names and profiles of the people with whom your friend has been conversing on Facebook. It will also allow you to view films, photographs, and voice notes that have been exchanged. The majority of Facebook spy software, such as Flexispy, will provide you with a real-time update of Facebook activity as well as save the records in a cache. All of this can be done without having to touch or use their computer or phone in order to spy on your friends’ Facebook messages.

So now you know why and how you can spy on your close friends’ Facebook messages. I’d also like to explain why you should not spy.

Alternatively, you can check out your boyfriend’s desktop while he is at work or on the go. Just open up his browsing history and look at the Facebook Messenger icon. It will let you enjoy some quality time with him while he thinks of you.

You need to log into your friend’s Facebook account on their phone to do this, and it needs to be linked with the email or phone number they use for logging in.

Now here is my tip, use this new opportunity quickly as they might change their passwords again once they can’t log in to their account because you changed it. So you’ve got to be quick with your spying.

As long as you are tech-savvy, using a keylogger does not require much experience. Install keylogging software on their phone or computer, which will record their keystrokes and send the information to you through email. You can then use your mobile device to find out their passwords and continue your peeping Tom adventures.

Using this method to spy on Facebook communications is not for the faint of heart or inexperienced computer user unless you have a lot of cash to spare. If you do, you can hire a professional phisher to help you. The phisher makes a clone of Facebook Messenger and replaces it with the genuine Facebook Messenger program. You can monitor what they do whenever they punch in credentials or use the clone Facebook app.

However, this is the most difficult method of reading your boyfriend’s Facebook conversations because it requires a large number of software codes and a thorough understanding of programs, as well as a large number of crisp Dollar notes.

When your friends are not looking or when they are not around you, you can eavesdrop on their Facebook communications by simply utilizing their smartphones. Most people use the Facebook Messenger program on their phones and do not bother to safeguard it with a password or Applock.

So simply pick up your boyfriend’s or girlfriend’s phone and ask to use their calculator, and voila!!! Read everything you can on her Facebook messaging or Facebook app.

You can also take screenshots of juicy areas of the screen and send them to her messenger, but don’t forget to delete any trail you leave behind.

No one enjoys being watched. We all value our privacy, so if you don’t want to lose a friend or their trust and goodwill, ask them about any subject you’re unsure about before deciding whether or not to spy on their Facebook chats.

If you believe your partner is cheating on you and you have no other option but to spy on his Facebook conversations, go ahead but don’t get caught; delete all trails!

Parents and guardians have every legal and moral right and responsibility to ensure that their children or wards are online with the proper people, having safe chats, and seeing sites that are not detrimental to them.

Be cautious if you frequently use Facebook Messenger at work. Your HR department could be snooping on your Facebook private messages. Today is the last day to save your employment and avoid being pinched. Playing on company time is not a good idea.

So, tell us in the comments section below how you’ve spied on your boyfriend’s or girlfriend’s Facebook conversations, or how you’ve been spied on, and how useful this tutorial has been to you.

Making the Most of Private Messages on Facebook Messenger

Facebook Messenger is a popular messaging app that is used to send messages, make calls, and share photos. It’s also integrated with many apps that are used for other purposes.

This section will cover three things to keep in mind if you want to make the most of your Facebook Messenger conversations:

It all depends on the timezone where you are sending your message, however, it’s best to send your message during the daytime.

The following gives some insight into the best times of day to send messages solo or with a group: