On 23rd January 2015, She joined the Liverpool Ladies and she made history as the first African female footballer to play in the Women’s Super League after she got signed.

In 12 league appearances, She scored three goals for the Reds.

After a year with the Liverpool ladies, she got signed with Arsenal Ladies in May 2016.

Oshoala became successful as Nigeria’s youth teams striker but her senior national team early appearances was as an attacking midfielder.

She got nicknamed “Seedorf” after Clarence Seedorf, a male footballer and was also known as “Superzee” by her teammates.

Former Liverpool manager, Matt Beard named her “one of the best young players in the world. 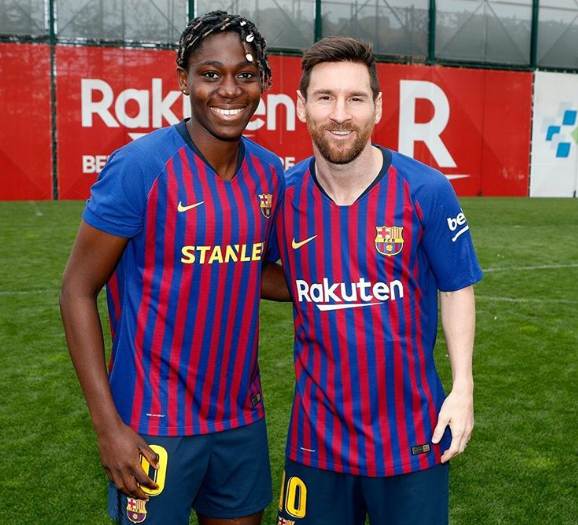 Asisat is a girl from a Muslim family and her parents were never in support of her playing football but now she is successful, it’s safe to say they are very proud of her.

Asisat the female football star, attended Air Force Primary School which was situated in Victoria Island before she left for Aunty Ayo International school located in Ikoyi, Lagos and in 2009 she graduated.

There is no information on her relationship life yet.

Do you want to know more about Asisat Oshoala’s salary and net worth?

Asisat’s estimated net worth in 2021 is $3million. The Barcelona female football player is quite rich and very comfortable.

Asisat Oshoala defied all odds by standing her ground and playing football against her parent’s wishes and today, she is a recipient of several prestigious awards and achievements.