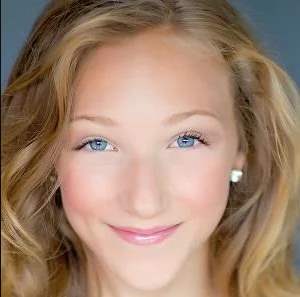 Ava Michelle is a popular American actress, vocalist, and dancer. She is popularly known for her dancing appearances in ‘Dance Mom’ – a popular dance show. She was an alumnus of Abby Lee Dance group.

she first starred on Dance Moms’ third season. She was picked to take part in the 4th season of the Elite Select Ensemble.

in 2016, She competited on the show known as ‘So You Think You Can Dance’. She played the role of Jodi, the main character in Netflix movie Tall Girl of 2019.

She had her debut appearance in “The Beginning of the End” an episode on the TV show known as Dance Moms.

Ava currently weighs 65kg, this is as a result of her dancing sessions.

As of 2020, Ava Michelle has an estimated net worth of $950k. She has sealed several endorsement deals with brands.

Ava has won several national titles and honours as a popular teenage dancer and she got named as Miss Pre Teen Galaxy International 2014.

In 2018, when she visited Famous Birthdays office, She played and enjoyed “Spin the Wheel”. Kamryn Beck from Dance Moms show is her very good friend.

Jeanette Cota is her mother, Her mother owns Broadway Dance Academy which is a studio in Fenton, Michigan. Devon is her only brother.