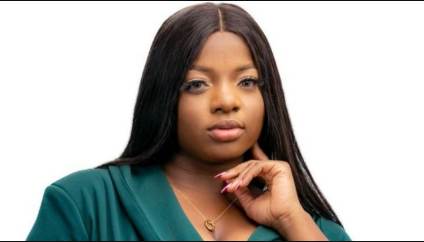 Nigeria’s biggest reality TV show Big brother Naija is back again and this particular season is already getting too hot and trendy since the launch on the first day.

there are many factors that make this season of Big brother Naija to be unique and there are things like the colorful redecoration of the big brother house, new theme, show sponsors, and finally the new housemates.

Already since the first day of the show, the newly selected Big brother Naija housemates for 2021 have already gained popularity due to their different features and attributes.

Dorathy who is the female housemate in Big brother Naija house 2021 has already started making trends on Twitter due to her big boobs with lots of Nigerians have already fallen in love with. With this rate, she might become the most popular housemate in this season of Big brother Naija. Ozo who is the male housemates has already warned his way into the hearts of Nigerian female viewers due to his handsomeness.

In this post, I’ll be giving you a brief biography of the big brother Naija 2021 housemate known as Dorathy and some facts you didn’t know about her.
It is important to get acquainted with her early enough before you miss out on an episode of The show.

She already gained recognition and prominence as the show resumed during her introduction due to her sumptuous boobs.

Bbnaija Dorathy was born and raised in Lagos State, Nigeria. She is the second child in their family of four. Dorathy’s dad died 13 years ago leaving her to her mother and sibling.
According to Dorathy, she had a wonderful childhood but her teenage life was cut short due to the death of her father and things got unbearable when she was just 15 years old. She missed being a teenager because she hustled hard throughout that period to survive.

When Dorathy finished secondary school and applied for admission into the University of Lagos, she got a rejection letter twice. Since she couldn’t secure admission there she decided to have her tertiary education in Osun state.

The beautiful and enterprising Bbnaija star – Dorathy is from Delta state which is located in the South-south geo-political zone of Nigeria.

Bbnaija star Dorathy is an entrepreneur who has procurement and personal shopper business.

She owns the Business ‘Shopforme’ which is registered in Nigeria that aids buyers easily shop for products they like and deliver on their doorsteps.

She recently gained recognition after joining Big brother Naija season 5 dubbed ‘lockdown edition’ as a housemate. She has the massive support of the bbnaija fans after her unveiling due to her kind heart..#winks

In less than 3 days after bbnaija launch and unveiling, she had gained over 100,000 followers on her Instagram account.

Dorathy of big brother naija has not revealed any detailed information about her relationship life. Currently, Dorathy is not yet married and her boyfriend is not yet known.

Dorathy Bachor is a reality tv star on Big brother Naija season five 2021 and an enterprenuer who has an estimated net worth of N500,000 in 2021. She has the potential to win the star prize for the winner of BBNaija 2021 which is N30 million.

Her favorite Nigerian celebrities include Genevieve Nnaji, Davido and Donjazzy
She said;

“I love Genevieve so much, I don’t think I should put her in the list. So I will pick Davido, Don Jazzy – he is so funny; lastly, BMW.”

Her favorite quote is;

“Just be humble. No matter how good you are there is always somebody that is better than you.”