Electronic comprises of various devices that process and transmit information with the help of electrical signals. India is an emerging market for electronic goods and there are many Indian companies that manufacture electronics items.

Electronics comprises of various devices that process and transmit information with the help of electrical signals. In India, a huge demand exists for these gadgets which has led to the development by numerous small-scale manufacturers in the country who have been able to cater successfully to this niche section of customers without being hit by competition from overseas players like China or Japan. The growing number of consumers in developing nations such as India will continue fueling growth opportunities for local producers unless they face headwinds due to rising wages and other costs associated with making their products more expensive than those produced abroad. These firms have also benefitted immensely from government subsidies on imports.

India is one of the world’s fastest-growing economies and has a booming tech industry. With a population of over 1.3 billion people, India’s economy is predicted to surpass that of Japan by 2035 and become the third-largest in the world behind China and America. This economic growth has led to an exponential increase in demand for products such as electronic devices which are manufactured primarily in countries like China, South Korea, Taiwan, Malaysia, Singapore etc., but can now be found throughout India too. The Indian electronics market is expected to reach $37 billion by the end of 2021 with sales increasing at a compounded annual rate (CAGR) of 12%.

Here are the Top 10 Best Electronics companies in India 2021;

ECIL is an Indian state-owned company established in 1969, headquartered at Hyderabad. ECIL has partnerships with Russian and European firms for licensed production of electronics goods including radio receivers, transmitters, microwave components and integrated circuits.

The company’s a leading manufacturer of electronics in India, supplying machinery to nuclear stations and defense establishments. Recently the Company was in headlines when it emerged that some politicians had made baseless allegations about possible vote tampering with EVMs. Despite this adversity though they have continued on their path breaking records for sales year-on-year. 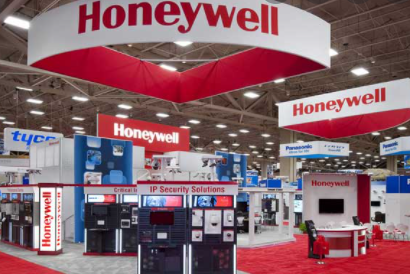 HAIL is a joint venture company established in 2009 by Honeywell International and L&T. HAIL manufactures automation components for use in power, oil & gas, heavy engineering and infrastructure industries.

HAIL manufactures a range of products including control valves, actuators and motors.

The company has been able to use their deep understanding in these industries combined with intelligent automation solutions to secure long-term contracts from major customers such as L&T, GAIL and ONGC. 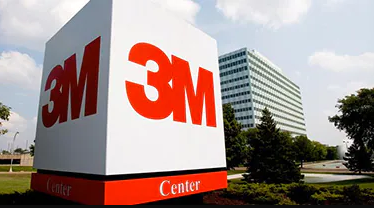 An American multinational conglomerate company that manufactures a variety of products including adhesives, abrasives, laminates and packaging.

Their Indian operations include supplying adhesive tapes to various industries from automobile companies such as Audi and Mercedes Benz among others. Their most popular brands in India are Scotch® Masking Tape range which includes masking tape for both indoor and outdoor use with excellent sticking qualities on porous surfaces. They also offer cloth, paper or metal foils and films like their DuPont™ Mylar® polyester film sheet made up of PET fibers coated with aluminum oxide crystals making it resistant to moisture, sunlight UV rays. 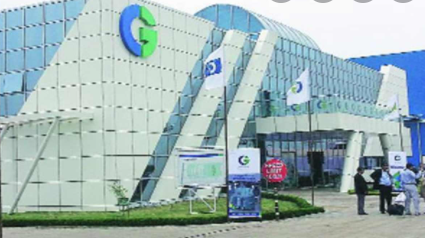 Crompton Greaves is an Indian company with subsidiaries in power, engineering and information technology. Established as a joint venture between Crompton Engineering of the UK and Greaves Cotton Ltd (GCPL) of India in 1928, it has been one of Asia’s oldest companies

The company currently employs over 25000 people from which around 10000 are working on R&D activities to maintain their global edge. The CG Group also owns other brands such as Sterling Tractor Limited that manufactures tractors for use in agriculture while CGL offers logistics services across 400 locations through its subsidiary Logistics Corporation of India Limited (LOGIC).

A new addition to the group is Avantel Communications Private Limited-a telecom service provider operating under the brand name Airtel. 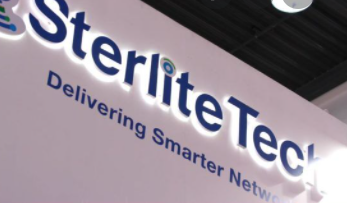 The company is one of India’s leading manufacturers and exporters of assured-quality copper products.

Sterlite Copper, which was established in 1994, has a wide range of end-product applications for its products that include the likes of cables & wires, sockets & switches, power distribution equipment and machinery.

In 2006 Sterlite Technologies became part of Vedanta Resources Group consolidating their position as a global leader with interests in Natural resources ranging from copper to oil & gas exploration. The acquisition by Vedanta also meant access to markets across Europe, Africa and South America. Since then the group has grown exponentially reaching over $800 million in revenue.

Surya Roshni Ltd is a company engaged in the manufacture and sale of high-performance lighting solutions.

The group has been able to diversify into new areas such as LED street lights, solar powered kits for mobile homes & remote dwellings among others.

Since its inception in 1983 with an investment of Rs 12 Lakhs SRL now enjoys net worth of over 40 million dollars through their association with global companies like GE, Siemens And Philips Lighting – all leaders within their respective fields.

With distribution networks across India and subsidiaries abroad too it’s not hard to see why SRL ranks amongst the top 500 Global Emerging Companies 2016 by Forbes Magazine which lists them as one of only 26 Asian companies on this list. 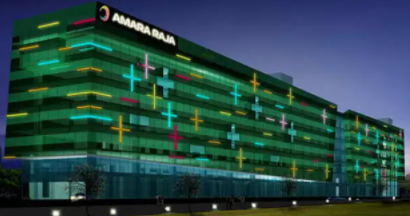 Established in 1954, Amara Raja Batteries Ltd is one of India’s oldest and largest manufacturers of dry batteries.

They’re the only company from the country to be included on a list that includes giants such as Duracell and Energizer.

With over 3000 employees working across three manufacturing units at Gopalan Industrial Estate near Coimbatore-Tamil Nadu it’s not hard to see why they enjoy their position as market leaders within this segment with revenue exceeding Rs 700 crore ($103 million) for FY2016.

A new addition has been made recently by establishing a subsidiary in Sri Lanka which will manufacture alkaline cells starting 2021 onwards. This way they aim to consolidate their presence in South Asia while also aiming to tap into the regional markets with a competitive advantage due to proximity.

ABB India is a subsidiary of Swiss multinational corporation ABBE International. The company currently employs over 3000 people across its offices located in Pune, Delhi and Bengaluru.

The group specializes in the engineering & manufacturing of electrical power grids, pre-engineered buildings to telecom networks among many others. With an annual revenue exceeding Rs 40 billion ($640 million) it’s not hard to see they’re one of the biggest names in this sector just from their offerings alone and are also amongst 8000 other global companies that have adopted what is known as sustainability goals by 2030 set out by UN Sustainable Development Goals (SDGs). 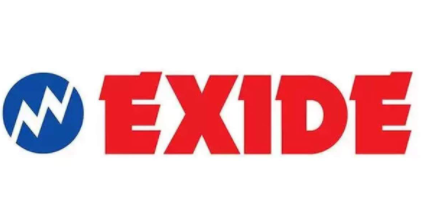 Established in 1942, Exide Industries Limited is one of India’s oldest and largest manufacturers for automotive batteries.

The company has a wide variety of products that range from industrial to commercial grade such as the AGM battery series or even deep cycle units which can be found in off-grid solar power installations among many others.

Exide owns some manufacturing plants across Europe but their main operations are based out of Pithampur – Madhya Pradesh with over 4000 employees working on site alone. Their total revenue exceeds Rs 1500 crore ($240 million) annually while also being amongst the top five global companies in this sector according to statistics released by Forbes Magazine back in 2003.

BEL is an Indian state-owned company that specializes in electronics and defense.

It was incorporated on the 14th of April 1970 by the Government Of India to be a public sector undertaking or PSU under Ministry of Defence (MOD). The main areas this group deals with are avionics, communication systems & radar equipments among many others.

The total revenue for FY16 stands at Rs 11 billion ($180 million) while also being ranked as one of the top 100 emerging companies according to Forbes Magazine back in 2003 too. With over 2000 employees working across its offices located in Delhi – National Capital Region; Pune – Maharashtra and Hyderabad – Telangana it’s not hard to see why they’re so successful within their field just from a glance. 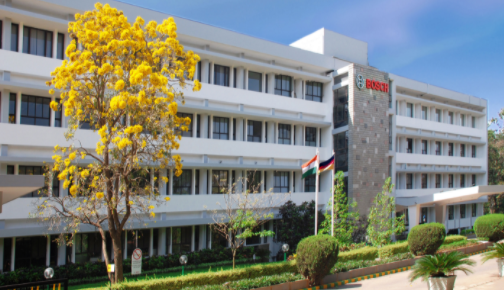 Bosch India is a subsidiary of the German multinational corporation Bosch. The company has been operating in this market since 1947 with annual revenue exceeding Rs 700 crore ($103 million) currently which makes them one of the biggest players in this sector just by sheer size alone.

They’re a leader when it comes to distribution and aftermarket services, meaning they are well-known for their role as distributor & service provider for products like agricultural equipment or even heavy duty diesel engines among many others. With over 4000 employees working across five locations spanning from Bengaluru – Karnataka; Pune – Maharashtra to Coimbatore – Tamil Nadu, there’s not much that can’t be done here due to how wide their range is in terms of offerings while also only being amongst the top ten in this sector.

Bosch India is a global company that has strengthened its presence in the Indian market through Bosch’s own operations. They provide services to automotive, entertainment and carbide cutting tools industries as well with an astronomical sales figure of Rs. 10214 crores which means they are ranked Numero Uno on this list!

As you can see, there are plenty of Indian electronic companies to choose from. The best way to find the right one for your needs is by narrowing down what exactly it is that you need and then researching based on those specifications. We’ve given some suggestions as well as a list of questions to ask potential vendors so you don’t get scammed or buy a product with limited functionality. Good luck in finding an amazing electronics company! Which was your favorite?