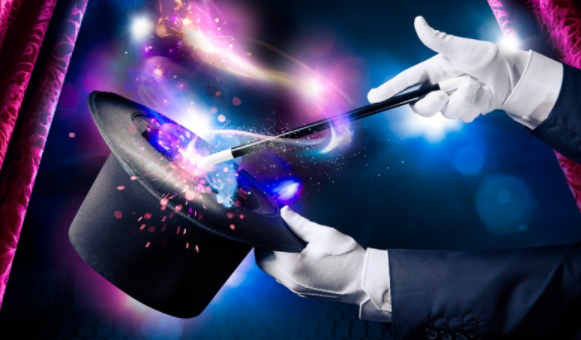 Magic is a captivating world with endless possibilities.
It’s also a really competitive environment where many people want to be the best. What makes this even more difficult is that some magicians don’t like to share their secrets, so it can be hard for others to learn and grow if they’re not willing to take risks by trying new things and learning from mistakes.

The word ‘magic’ is derived from the Old Persian term Magi, which was a Zoroastrian priestly caste. They were said to be able to perform supernatural feats such as foretelling the future and granting wishes through their craft of conjuring illusion. As time passed, magicians became something different than what they once were; instead of being revered for their abilities in healing or divination, they are now seen as entertainers who use smoke and mirrors to fool audiences into believing that they are witnessing true magic.

Who is a magician?

A magician, also known as an illusionist, is someone who performs illusions of magical events. Magicians use sleight of hand and other magic tricks to entertain audiences with diverting experiences or astute observations that are seemingly impossible within our natural laws.

Magicians are a strange breed. They’re known for their ability to create illusions in the blink of an eye, but they also have this innate desire to reveal what’s really going on behind the curtain.

There are many different types of magicians in the world. Some people specialize in sleight-of-hand magic and card tricks while others focus on mentalism or escape artistry. But who is the best magician?
The answer to that question depends on what you’re looking for, because there are many different factors to consider when determining which one is best. For example, if you want someone who can entertain large groups with lots of stage presence, then David Copperfield is likely your guy. If you’re more into close up illusions and prefer a more personal experience with your audience, then Criss Angel might be more your style.

Let’s take a look at the top 10 best magicians in the world today. 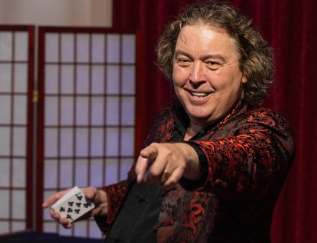 Jeff McBride is one of the best magicians in America. He has helped educate and inspire some of today’s most popular performers, like David Copperfield. His company was voted International Magicians Society “Magician Of The Year” for ten years running! 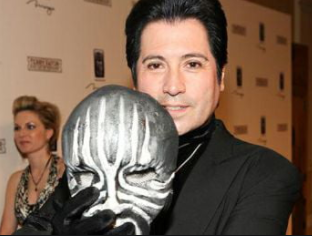 Val Valentino is a New York City-based magician who’s performed at countless theater shows and circuses. He famously appeared in the NBC television show Now You See It as “The Masked Magician.” 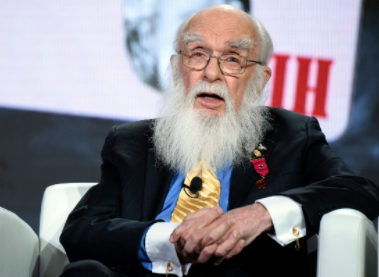 James Randi is a Canadian-American retired stage magician and skeptic who became well known for paranormal claims he rejected. He’s the founder of The James Randi Educational Foundation and a member of the Advisory Board for Center For Inquiry.  He is one of the Top 10 Best Magicians in the World 2022.

He has written several books on magic, including “The Masked Magician”.

James is an outspoken critic of pseudoscience in general. He offers a US $1000 prize to anyone who can prove psychic phenomenon under proper observing conditions.

He was ranked again in 2003 by “Pentacle” as one of its top twelve living magicians. 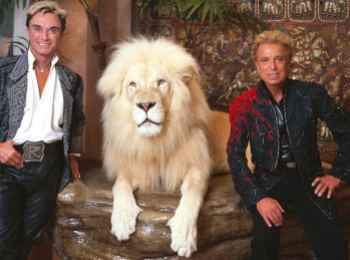 Siegfried and Roy are German-American entertainers best known as the creators of The Mirage’s magic act in Las Vegas.

The duo is considered among the world’s most successful showmen, responsible for bringing many animals into popular usage in entertainment, including white tigers, cheetahs, panthers, and black jaguars. 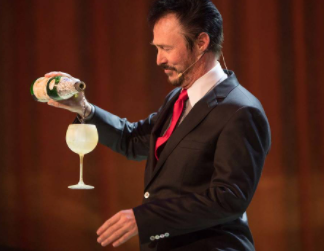 Lance Burton is an American illusionist. He has been awarded nine times by the Academy of Magical Arts and was also named “Magician of The Year” in 1990 for his outstanding contributions to the magic around the world.  He is one of the Best Magicians in the World 2022.

He won a Daytime Emmy Award as a well-known TV personality on CBS`s daytime game show. In the late 1990s, Burton was diagnosed with an autism spectrum disorder.

Lance’s first TV special, Lance Burton Master Magician aired on September 23, 1979 – he is one of the youngest performers to have a magic show on national television.

READ THIS: Best comedians in the world 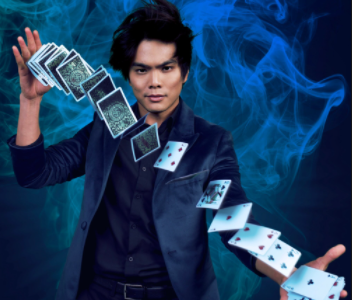 Shin Lim is a Canadian magician.

Lim’s talent in magic was discovered by his father when he performed for friends and family at the age of two. In 1994, Shin became an award-winning member of the Society of American Magicians after being mentored by some world-class magicians like David Copperfield and Richard Sanders who helped him polish his skills in magic.

Shin Lim is a magician who specializes in sleight-of-hand and card tricks, but he also does coin manipulation, close-up illusions, mentalism, and escapes.

Lim was the runner-up for Best Close Up Magician at The World Championships of Magic 2010. He has been featured on America’s Got Talent, Penn & Teller: Fool Us, and The World Magic Awards. He is one of the Best Magicians in the World 2022.

Lim has also appeared on the cover of Genii Magazine twice-once with his close-up magic act and once for an interview about mentalism.

David Devant was a British magician who became known for his stage performances and sleight-of-hand techniques. He was also the first president of The Magic Circle, an organization that exists to promote public interest in magic.

While not much about him is documented, it’s said he had done some work as a professional double agent during the Crimean War, and that he had been an associate of Harry Houdini. 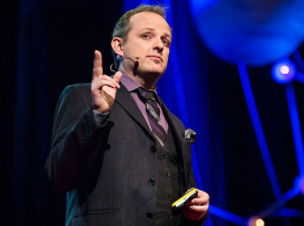 Apollo Robbins is an American magician who specializes in close-up magic. He has made a number of appearances on Penn & Teller’s television show, where he fooled both hosts by making their watches disappear without them noticing.

He also had his own show called Mindfreak which ran for two seasons and aired in the US and Canada. It is currently in syndication on the A&E Network and airs regularly throughout much of Europe as well as New Zealand.  He is one of the Best Magicians in the World 2022.

Robbins has been called by some “the best pickpocket in the world.” He was a close-run favorite to win America’s Got Talent 2010 with his spoon bending act but lost out to singer Michael Grimm. 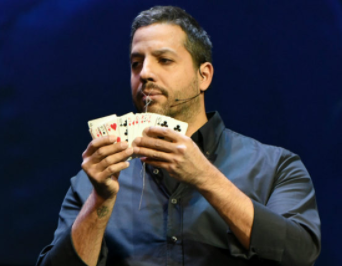 David Blaine is an American illusionist, endurance artist, and stunt performer. His feats include standing on a platform above the Thames River for 75 hours in 1998; spending 44 days buried alive underground (with no food) in 2003; being shot by paintballs while high up on a New York building’s ledge, all without any injury to himself; and encasing himself in a block of ice for 63 hours in 2007.

Blaine believes his endurance stunts give him special insights into the final minutes before death, and that he has a spiritual connection with those who have died from starvation or old age during his performances.  He is definitely one of the Best Magicians in the World today.

“I’m not going to take away their pain,” Blaine said of his audience, “but I’m going to feel it with them.” – David Blaine

Blaine’s work has been criticized by magicians and mentalists who accuse him of being a showman rather than an actual magician. He is best known for his high visibility stunts such as walking on water, piercing himself with needles, or standing on a 100-foot pillar. 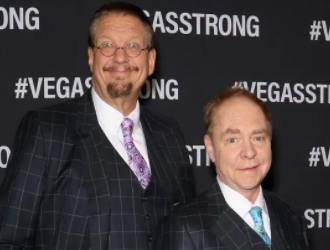 Penn Jilette and Raymond Teller are the duo behind the Emmy Award-winning TV show “Penn & Teller: Fool Us.” They have been performing together for more than 40 years, making them one of the longest-running magic acts in history.  They are among the Best Magicians in the World 2022.

They’re known for their high visibility stunts such as walking on water, piercing themselves with sharp objects, and being buried alive. Penn & Teller use a combination of theater but are still regarded as the best magicians in the world for their stage presence, signature brand of humor, and over-the-top spectacles.

They’ve been awarded top honors from groups like The Academy Of Magical Arts And Sciences (The Magic Castle), The Society Of American Magicians, and Dorothy Young’s World Magic Awards. 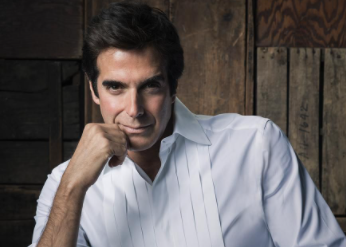 David Copperfield is the best magician in the world 2022. He’s known for his high-profile illusions like flying across America, walking over Niagara Falls, and escaping from Alcatraz. His show has been running for more than 25 years at Vegas’ MGM Grand Hotel & Casino and he’s won an Emmy Award for Best Variety Special.

He also has a reputation as one of the most skilled illusionists in history, being named “Magician Of The Century” by members of the Society Of American Magicians and “International Grandmaster Of Magic”, with his performance titled ‘The Art Of Magic’.

Copperfield’s been noted for outdoing other magicians by making tricks seem like what the audience should expect to see. And he’s done it without resorting to blatant and over-the-top spectacle, instead relying on his wit, personality and mastery of illusion.

David Copperfield is one of the most popular magicians in the world for good reasons!

The best magicians in the world are those who can create a connection with their audience and make them feel like they’re part of something magical. A magician doesn’t need to be able to perform any crazy tricks, but rather just have an innate ability to appeal to people on a personal level that makes for some truly memorable moments. Which is your favorite magician from this list?