Top 10 Famous Photographers in the World 2022

The year 2022 has begun and for photographers, they are ready to secure lots of gigs due to their professionalism. There are several photography experts who are famous for their works in life which is making us focus today on the top 10 best photographers in 2022.

These professional photographers take the best of photos which has made them gain prominence due to their creativity.

The level of creativity in the world has increased given the high rise of technology so most people get help and photography due to the level of camera and equipment they use while some others are geniuses on their own.

Let’s take a look at the best and most famous photographers of 2022 in the whole world below.

These are the best and famous photographers in the world in 2022: 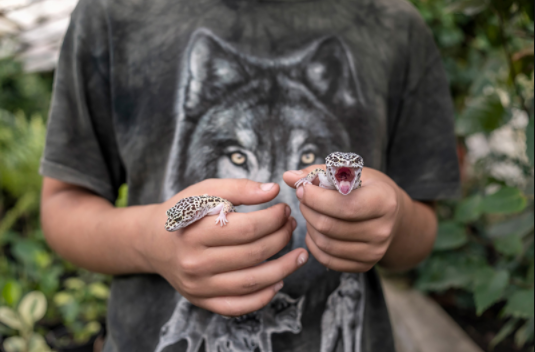 As a photographer of news and studies, Oleksandr carries out short and long-term political, cultural and social projects in Europe, Africa, the Middle East and Asia. His works highlight the dispute between Ukraine and Russia, the Afghan Red Crescent Society, the life of the Iranian Jewish community, the Sufi community in Northern Cyprus, people with disabilities in Southern African countries, ethnic minorities in Azerbaijan, the Balkan LGBT community, the survival of elephants in Laos, Japanese robotics, etc.

In The New York Times, The Financial Times, The Times, The Guardian, The Economist, Time, Nature, Forbes, National Geographic Traveler and others, the photos were released. 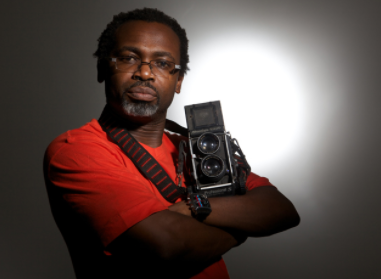 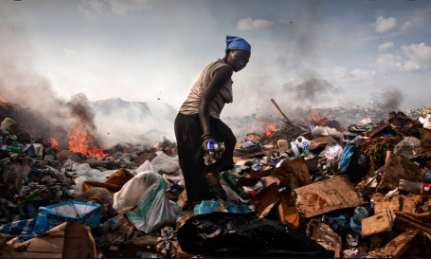 Born in Cologne in 1964, and currently based in Paris, the Italian photographer Stefano De Luigi began his career as a photographer for the Grand Louvre Museum from 1989 to 1996. Three books have been published: Pornoland (Thames & Hudson-2004), Blanco (Trolley, 2010), and iDyssey (Edition Bessard 2017).

Stefano works regularly with several international publications including The New Yorker, Geo, Paris Match, and Stern and has exhibited his work in New York, Paris, Geneva, Milan, Rome, London, Istanbul, and Athens. Stefano is among the Best Photographers in the World 2022.

Stefano De Luigi has been a member of the VII Agency since 2008. 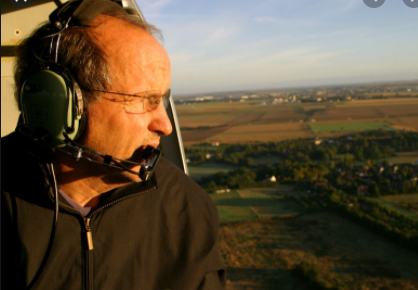 The pilot and photographer, Alex MacLean, flew his plane to capture the scenery over most of the United States. Trained as an architect, from vast agricultural patterns to city grids, he has depicted the history and evolution of the land, capturing changes brought about by human activity and natural processes. His strong and informative photos provide insights into the interaction between natural and built environments. The photos of MacLean have been widely seen in the United States, Canada, Europe, and Asia, and are found in collections of private, public and university collections.

He has received several prizes, including the 2009 CORINE International Book Prize, the 2003-2004 Prix de Rome in Landscape Design from the American Academy of Rome, and grants from foundations such as the 2014 National Endowment for the Arts and the Pulitzer Centre for Crisis Reporting.

MacLean is the author of eleven books including, Up on the Roof: New York’s Hidden Skyline Spaces (2012), Las Vegas | Venice (2010), Chroniques Aeriennes: L’art d’Alex MacLean (2010), Alex MacLean: Given a Free Hand (2010), OVER: The American Landscape at the Tipping Point (2008), Visualizing Density (2007), The Playbook (2006), Designs on the Land: Exploring America from the Air (2003), Taking Measures Across the American Landscape (1996), Look at the Land; Aerial Reflections of America (1993) and Above and Beyond; Visualizing Change in Small Towns and Rural Areas (2002). MacLean maintains a studio and lives in Lincoln, Massachusetts. 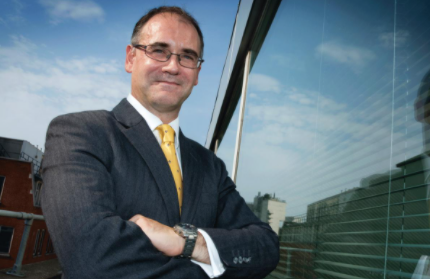 James had the good fortune to work for clients in the UK and abroad, taking magazine stories, travel guides and corporate work, having been a keen snapper from an early age. Latest assignments have taken him from where these submissions were fired to Asia and the USA. This career gave him the chance to indulge in his artistic passion, to discover the world and to collect a huge collection of fridge magnets. James is among the Best Photographers in the World 2022. 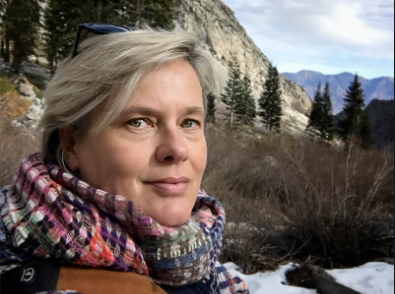 Mette Lampcov is a freelance documentary photographer from Denmark, based in Los Angeles. She studied fine art in London, England and after moving to the United States 13 years ago.
Her personal work includes projects about gender based violence and undocumented migrant workers in California. She is currently concentrating on a long term project “Water to Dust” documenting how climate change is affecting people and the environment around them in California.

ALSO READ: Top 10 most expensive helicopters in the world

Top 10 Most Expensive Helicopters in the World 2021 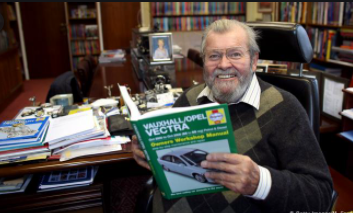 In 1962, after Henri Cartier Bresson’s book (Les Européens) was shown, I began taking photographs. Then I worked for “Manual of Advanced photograhy ” newspaper in London for 2 years after teaching myself photography with the help of Andreas Feininger’s book “The Sunday Times” (which is more about the thinking behind the picture than the technique). I then began to specialize in theater photography, taking pictures of plays using the same photographic reportage that I had learned myself on the streets. He is among the Best Photographers in the World 2022.

Hampstead Theatre London is a house photographer for the Royal Court Theatre and photographed 200 plays for the National Theatre, London. 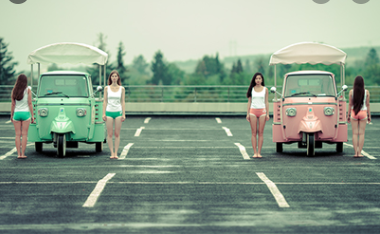 For three years, the Czech photographer Milos Nejezchleb has only concentrated on conceptual photographic work, but he has already received more than 10 international awards. He is the overall winner of the 2018 Nikon Calendar Contest, a London Fine Art Photography Award Silver Medalist, and the Double Trierenberg Super Circuit Gold Medalist. He was also the overall winner of his 2018 Liquid contest and the finalist of the International Art Contest in Venezia, the 13th Arte Laguna Prize. He won the most prestigious Czech Republic-Czech Press Photo competition in the Lifestyle Single category in October 2018.

Noticeably colorful elements with a strong emphasis on the art of photography are the most characteristic features of his portraits.

Miloš also selects current social subjects, which he processes as stories using photographic series. People narrate these tales. On his own, he works on these series and ensures the whole course of art. He designs styling himself, searches for places and carries out post-production.

In addition to conceptual art, where he highlights subjects currently debated, Miloš has 2 long-term thematic photographic cycles that record real people’s stories. The most popular of these is the “Stronger” photographic cycle, in which Milos takes pictures of people that have been through hard times in their lives, and thanks to this experience they have become stronger personalities. 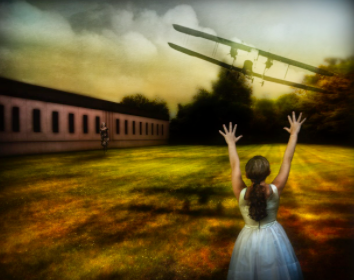 Fran’s 2nd major monograph, The Rest Between Two Notes, with 100 color plates and 224 pages is published by Unicorn Publishing and available March 2020.

Escape Artist: The Art of Fran Forman was published by SchifferBooks and was selected as one of the Best PhotoBooks of 2014 by Elizabeth Avedon and won First Place in an international competition.

Monographs of Fran’s solo exhibitions were published by Pucker Gallery in 2018, 2016, and 2014. Fran is also featured in Contemporary Cape Cod Artists: People and Places, 2014, Photoshop Masking and Compositing, 2012, and Internationales Magazin fur Sinnliche Fotografie (Fine Art Photo), 2014, The Hand Magazine, 2016, Blur Magazine (2016), two Pucker Gallery publications, and Shadow and Light, 2015 and 2018. She was Artist in Residence at Holsnoy Kloster, Norway, in 2016 and at The Studios of Key West in 2015. Additionally, she is often asked to juror and curate photo exhibitions.

Most recently, Fran has mounted solo exhibitions at The Fox Talbot Museum, Lacock Abbey, England, The Massachusetts State House (The Griffin Museum of Photography), AfterImage Gallery (Dallas), the University of North Dakota, Galeria Photo/Graphica (Mexico), and the Pucker Gallery (Boston), as well as numerous group shows. In the past decade, Fran has won numerous significant awards and prizes; most recently, first place from the Julia Margaret Cameron awards and three awards (First Place, Gold and Silver) from PX3 Prix de la Photographie, Paris. In 2011, she exhibited at the 2nd Biennial International Exhibition, Lishui, China (one of only thirty Americans); she also won the second prize from the World Photography Gala Award (out of over 8000 entries) in People and Portraits; in 2010, she won 1st place in Collage for the Lucie Foundation’s International Photo Awards (IPA). She was also a finalist for four straight years in PhotoLucida’s Critical Mass. She deserves to be on the list of the Best Photographers in the World 2022.

She is an Affiliated Scholar at the Women’s Studies Research Center at Brandeis University, a recipient of several grants and Artist Residencies, and teaches advanced photo-collage internationally.

Fran studied art and sociology at Brandeis University, received an MSW in psychiatric social work, and then an MFA from Boston University. She resides in the New England area. 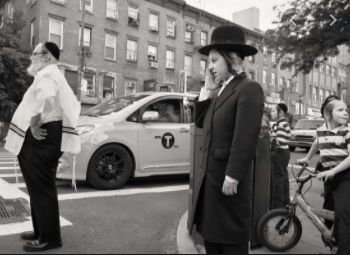 William Castellana is an award-winning photographer whose images, such as Silvershotz (The International Journal of Contemporary Photography), Rangefinder, Innovative Quarterly (The Journal of Art & Design), Newsweek, Time, New York and others, have been published internationally. His images are in the permanent collections of over 40 museums in the US, including the Hood Museum of Art, the New York City Museum, the Museum of Modern Art Library, the Yale University Library, the Museum of American Art in New Britain, the Southeast Museum of Photography, and the Hunter Museum of American Art. 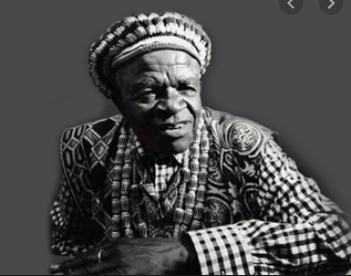 The work of Michel Papami Kameni tells a unique story of post colonial Cameroon, a period of transition in the wake of a new found independence like in so many other African countries. In his studio in the Briqueterie district of Yaounde, it was the whole of Cameroonian society that passed before his lens. He is definitely one of the Best Photographers in the World 2022.

A mix of stunning portraits and subjects from all social circles and different cultural backgrounds, Christians and Muslims, urban socialites to provincial farmers all travelling through this great city. We see in his images the dreams and aspirations of a nation in transition, new musical influences and western fashions, a natural fusion between the tradition and the modern.

The work of Michel Kameni explores the rapid evolution of a postcolonial Yaounde (from 1963) by portraying its inhabitants with an incredible kindness and passion, these images are more than just a document, they are an intimate study of the relationship between the photographer and his subject.

Studio Kameni is a project that aims to explore, discover and give new life to the photographic archives of this unique body of work brought into public view for the very first time.