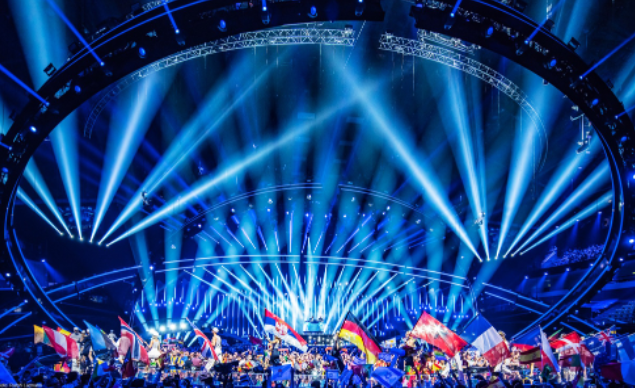 The UK’s record in the Eurovision Song Contest since the turn of the millennium has left a lot to be desired. In the 33 years leading up to the end of the 20th century, the country won the competition five times and finished in second place 10 times. And the UK only finished outside the top 10 on only three occasions.

In the 21 years since they have won no editions and only made the top 10 twice. They have also finished last on five occasions and scored zero points twice. Prior to 2003, the UK had never finished in last place. So can the UK redeem itself? The Eurovision betting odds 2022 suggest they might just stand a chance, with Sam Ryder’s “SPACE MAN” priced at +600 to take the crown. Only Ukraine’s entry has a shorter price.

Somehow, the UK lost the Eurovision formula and has struggled to get it back. Some have blamed the UK’s lack of effort combined with its indifferent attitude toward the competition. The endless mocking of the entrants by UK TV presenters turned the event into something of a joke. This discouraged many performers and songwriters from getting involved. When the UK lured big-name songwriters (Andrew Lloyd Webber and Diane Warren) in 2009, the country scored a fifth-place finish with “It’s my time” sung by Jade Ewen.

In other attempts to get back in the frame, the UK turned to has-been acts such as boy band Blue, 70s crooner Engelbert Humperdinck and Welsh singer Bonnie Tyler who had a No. 1 hit in 1983 with “Total Eclipse of the Heart.” When that strategy failed, the country turned to lesser-known artists such as Molly Smitten-Downes and Electro Velvet with no success. Most recently, in 2021, songwriter James Newman scored zero points for his song “Embers.” The song had been listed among the favorites before the competition began.

Some critics have blamed the failure on anti-UK bias, but the truth is, most of the UK’s entries have totally missed the mark. The new voting format has put more emphasis on public opinion, and voters are more discerning than ever. It is notable that the 2021 winners, Italian rock group Måneskin, were already an established act. They started out as buskers, write their own music, and appeal to a new audience. Their neo-glam style resonated with the public, bringing serious rock credentials paired with a huge slice of fun to proceedings.

The second-ranked entry “Voila” was also written by the performer, France’s Barbara Pravi, as was the third-ranked entry from Switzerland, performed by Gjon’s Tears. The popular fourth-ranked song from Iceland was written and performed by Daði Freyr and his band Gagnamagnið. Their entry “10 years” was a quirky electronic pop song very different from the usual Eurovision style. These four examples show that the public is inclined to back established credible artists performing their own songs, while performances that are pure novelty or put together just for Eurovision are less likely to succeed.

The UK’s entry for 2022 seems to have taken this on board. Singer-songwriter Sam Ryder shot to fame on social media and is one of the favorites to win this year’s competition with his song “SPACE MAN”.

With a powerful voice, a quirky image, and an original song that sticks in your head, there is genuine reason to believe the UK can expect a good result this time around. Surely, they can’t score “nul points” again!