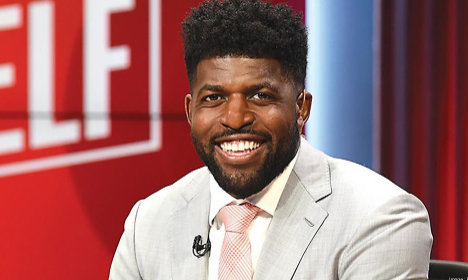 Emmanuel Chinedum Acho (born November 10, 1990) is a former Nigerian-American football linebacker who played in the National Football League (NFL) and is currently working as an analyst for ESPN. He played college football at Texas and was drafted by the Cleveland Browns in the sixth round of the 2012 NFL Draft. He also played for the Philadelphia Eagles.

On November 10th, 2020, Acho published the book Uncomfortable Conversations with a Black Man in collaboration with Oprah Winfrey. It’s the third “An Oprah Novel” to be released, and it debuted at #3 on the New York Times best-seller list.

Emmanuel was drafted by the Cleveland Browns in 2012 after receiving his bachelor’s degree in sports administration. In 2013, he was traded to the Philadelphia Eagles, where he spent the majority of his career. Emmanuel spent his off-seasons in the NFL completing his master’s degree in Sports Psychology at the University of Texas. In 2016, Emmanuel moved away from the football field and began his broadcasting career.

In 2018, Emmanuel was promoted to ESPN as the youngest national football analyst, and he was named a Forbes 30 Under 30 pick in 2018. Living Hope Christian Ministries, his family’s non-profit, raised enough money in 2017 to establish a hospital in rural Nigeria.

Acho was a letterwinner in basketball and track and field at St. Mark’s School of Texas in Dallas, Texas. Dave Campbell’s Texas Football named him the state’s top linebacker as a sophomore, and ESPNU named him one of the country’s top 150 recruits. In track and field, he achieved personal bests of 57-4 in the shot put and 177-3 in the discus, the latter of which is still the school record. 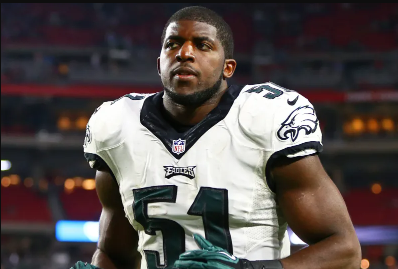 Emmanuel took time off from his graduate studies at the University of Texas to travel to Purcellville, Virginia, on February 20, 2015, to personally accept Hannah’s prom invitation, dubbed “Promposal” by the media. He gave her an autographed jersey with the words “Prom 15” on the back as a gift. The story and accompanying video went viral, and it was covered by national news outlets. Emmanuel escorted Hannah to her junior prom in Purcellville, Virginia on May 9, 2015.

He graduated in December 2011 with a degree in sports management.

On Saturday February 27th it was announced that Emmanuel Acho is stepping in to replace Chris Harrison as the host of The Bachelor‘s After the Final Rose live special.
Harrison revealed earlier this month that he was temporarily stepping down as Bachelor host for AFTR following controversy over his remarks endorsing Bachelor contestant Rachael Kirkconnell amid an uproar over her past racist behavior.

Acho was born in Dallas to Igbo immigrants, Dr. Sonny Acho and Christie Acho, from Isuikwuato, Nigeria. He has three siblings. The entire family has been involved in African missionary work since the children were young, and the parents are on the board of directors of the Living Hope Christian Ministries and its Operation Hope, which provides medical services in Nigeria. Sonny Acho has also served as pastor to the Living Hope Bible Fellowship Church and as a mental health professional in North Dallas.

Emmanuel Acho has been in several relationships including one with Hollywood actress Yvonne Orji but none has led to marriage. The 31-year-old host is not married. 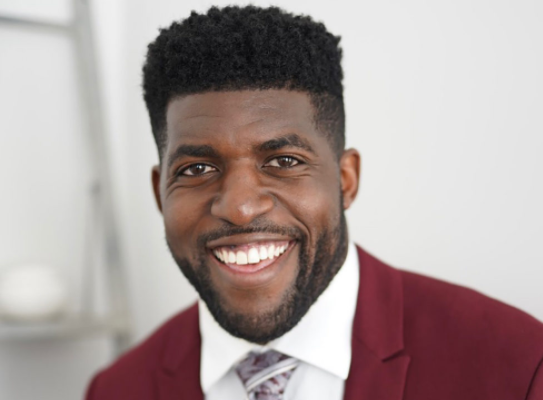 The former Nigerian-American football linebacker earns a lot of money from sporting activities and has a current net worth of $7million in 2022.

why did Emmanuel Acho retire?

He retired and joined ESPN but later left and signed with Fox Sports. He has been getting major deals since then.