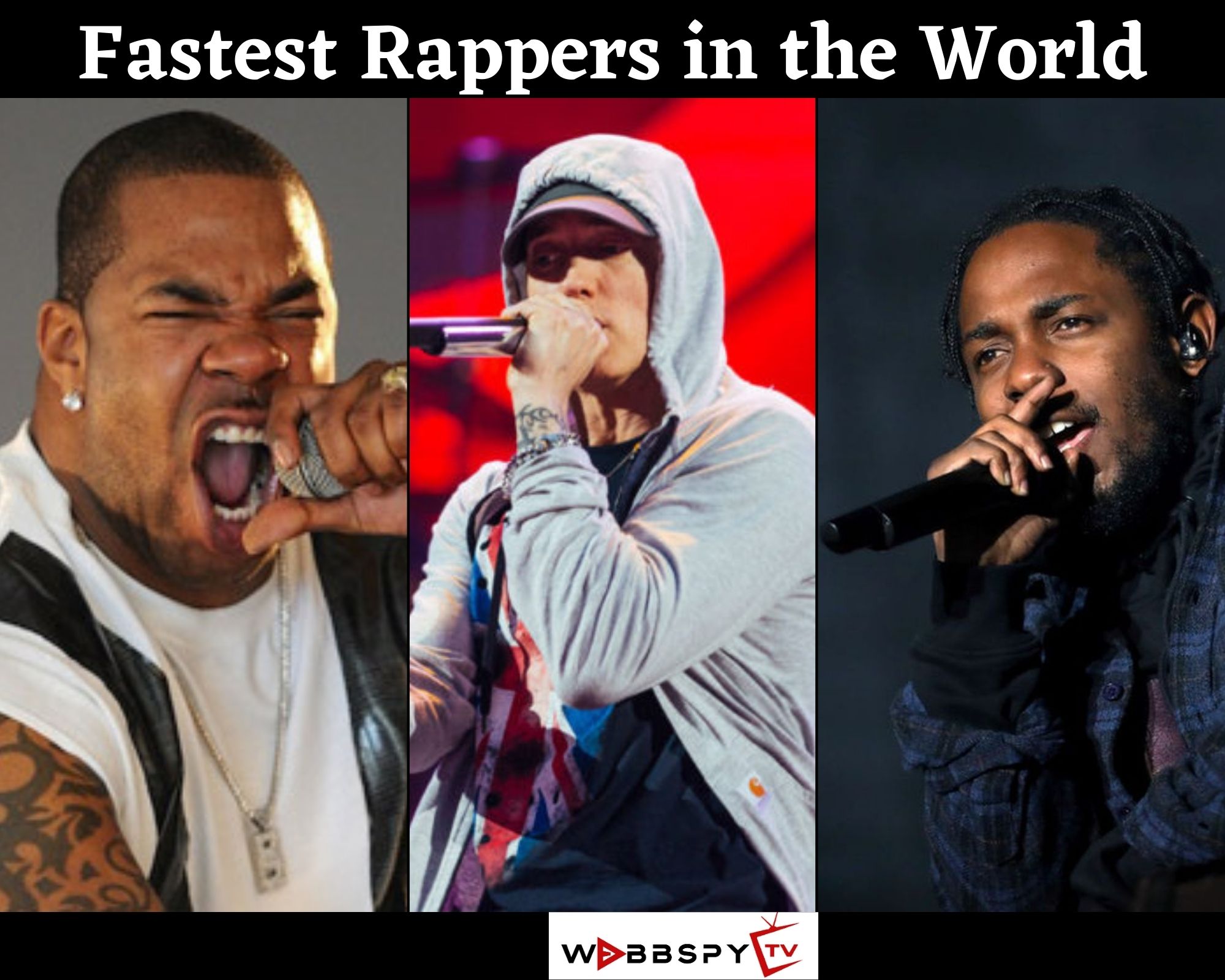 On this post today will be discussing the top 10 fastest rap song in the world 2022 but before then would make an introduction of hip-hop and what rap music is all about hip hop originated from Africa and is mainly associated with a kind of music called rap music. Hip hop is known to be a matching and beat mixing rhythmic song that evolved through generations to a point where rap is being infused into it. Aside from matching the beat and flowing with the Reading one thing that is heavily associated with rap music is speaking fast which is being considered to be a feature of a good rapper. It got to a point where Rob has changed to become more mature by making use of more complex lyrics and metaphors that explain the current situations and happenings in the society. throughout the course of history having a lot of rap songs that have shaken the rap music industry but it doesn’t just stop there because everyday music keeps dropping and evolving and that is why in this post you’re going to say the up-to-date fastest rap songs in the world and why they are on this list.

What is rap?
Rap music is a kind of music that features vocal performance which incorporates vocal expression rhythmic speech rhyme and some form of Street slangs that are sung in varieties of ways.

These are the 3 components of a core rap song:

Rap is different from other genres of music because the call difference is the delivery of the content which is faster in hip hop than other kinds of music. However even though rap music is very fast there are some rappers that take things to the extreme by making is the fastest. This is where the technique of chopper rapping comes in, as time changes culture also changes and that is why the hip-hop music evolved to a point where a kind of hip hop style originated in the midwest of the United States called chopper and this is a kind of rapping or rhyming quickly. What this rap style does is that it includes more two or three extra syllables in each bar. also another difference is that the beat temple of this kind of rap song is usually higher than others because it ranges from 90 BPM to 180 bpm.
however it is very crucial that the rapper maintains the quality of the content or lyrics while rhyming and rapping at a very fast pace.

Here are the Fastest Rap Songs in the World 2022:

“Mr. Twista’s first single from his album Runnin’Off at da Mouth, then known as Tung Twista, was titled “Tung Twista.”
It was published in November 1991, shortly after Twista set the Guinness Book of World Records for the fastest time in 1992. It is notably one of the Fastest Rap Songs in the World 2022.
In the song “Mista Tung Twista,” Twista spits out 1,287 words in 4 minutes and 36 seconds. That’s a word-per-minute rate of 280, or four times faster than a Jay Z rap song.

Finally, one of the fastest rap songs is Slow Jamz by Twista featuring Jaime Foxx and Kanye West. The rappers have a lyrically spoken dialogue in this song. It’s about a girl they met in the pub, according to the soundtrack. They regularly discuss this woman and brag about how far they’ve come in such a short time. Telling each other how this woman they met is the light of the party and how she lifts the spirits. This review is a little brief in comparison to the first nine albums. Regardless, it was nominated for various ceremony awards as Best Collaboration and eventually won ASCAP Pop Music Awards and other awards.

Tech N9ne, a rapper from the United States, has a song called “Worldwide Choppers.” It’s the third single from his All 6’s and 7’s research, which is his eleventh studio album. The song’s rhythmic, rapid-fire rap breakneck flows are well-known.
Michael Summers produced “Worldwide Choppers,” a multilingual track with rap verses in English, Danish, and Turkish (also known as seven). It is unarguably one of the Fastest Rap Songs in the World 2022.
Ceza, a Turkish rapper, wrote the Turkish lyrics, while U$O, a Danish rapper, wrote the Danish lyrics.
Other rappers featured in the single include Busta Rhymes, Yelawolf, Twista, D-Loc, JL of B.Hood, and Twisted Insane.

The remix features Busta Rhymes, Twista, Lil Wayne, and Mac Lethal, and is a remake of Chris Brown’s original “Look At Me Now.”

The original by Chris Brown is also fast-paced, but Twista’s extreme chopper content is insane.

NoClue is a hip hop rapper from the West Coast. He’s established himself as a multi-dimensional lyricist with sharp, upbeat energy in each of his songs. It is definitely one of the Fastest Rap Songs in the World 2022.
Brown cites rapper Tupac Shakur as an early musical influence. “The world had no idea what kind of effect his stage name was going to have,” he says.
It’s easy to see why he’s known as “No Clue” after hearing his song “New West.”

5. Clash of the Titans – Krayzie Bone

Have you heard Christian songs with a short rap? Clash of Titans may sound like it is coming from this planet. The content of the song is about the all-powerful God who is the light in the darkness. The album focuses on how people go about their daily lives. Despite the fact that it is a fast rap, reading the lyrics reveals the writer’s honesty and emotions. That desire to demonstrate who God is in his life to others. Who is Krazie Bone, by the way? It is known for being one of the fastest-rhyming rappers. Without a doubt, the song is one of the best fast rap songs of all time.

All I have to say is that this music is a pumped-up, mixed-up version of Layzie Bone and Krayzie Bone’s 60 Second Assassins.
Busta Rhymes, Layzie Bone, Twista, Krayzie Bone, and Jaz-O are all featured in the new edition. It is notably one of the Fastest Rap Songs in the World 2022.

Michael Johnson, better known by his stage name “Twisted Insane,” is an Atlanta, Georgia-based rapper and songwriter.
Tech N9ne, Bone Thugs-n-Harmony, Twista, and Busta Rhymes are all likely to have been inspired by him. It is notably one of the Fastest Rap Songs in the World 2022.
Twisted Insane’s unbelievable rap speed and verbal ability led to the formation of a cult.
It sounds like someone is firing an AK-47 in a rhythmic 100 round magazine while listening to his “100 Round Clip.”

The video for Eminem’s “Rap God” has surpassed one billion views on YouTube. ‘Rap God’ first appeared on the platform in late 2013.
A Guinness World Record for the “most words in a hit single” is also held by the popular song. It is notably one of the Fastest Rap Songs in the World 2022.
The lyrics have a reputation for being quick to deliver and paying attention to the controversial content that made Eminem a music artist who couldn’t be ignored during his early years. 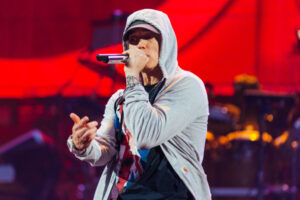 He raps slowly at times, quickly at others, and occasionally, unexpectedly, he mixes it up.
He tried a lot of different things while making this album, and his flow never gets old.

The fastest rap song in the world in 2022 is Godzilla sang by the famous rapper Eminem and it still holds the Guiness world record for the fastest rap song. Eminem (born Marshall Bruce Mathers III) is an American rapper who writes his own rap lyrics. He is known for being one of the fastest rappers of his generation. Godzilla has one of the fastest-sung lyrics among the songs he wrote and sang. He believes that when he is under the influence of alcohol, he transforms into Godzilla. As a result, he becomes the King of Monsters, rapping quickly and believing that no one can stop him. Finally, he challenges anyone who disagrees with him to simply move out of his way.

Here are the Fastest Rappers in the World 2022: