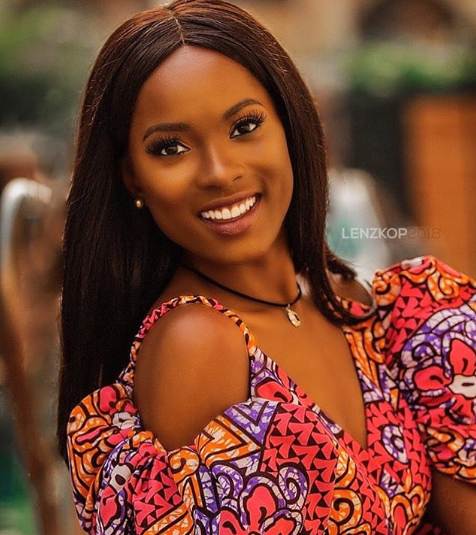 Jemima is a fast rising Nollywood actress, presenter and model who was born on April 30th. She is the last child of her parents and they were five in the family. She is also the only daughter.

She’s a native of Edo State, South South zone of  Nigeria just like the popular beautiful nollywood star actress, Adesua Etomi. This is probably more reason they are very close friends. She attended the University of Lagos where she earned a degree in Physiotherapy.

She’s very unique in her way. Her acting prowess is spectacular as she handles her roles well, She makes sure her roles reflect things that go on in the society.

This amazing actress is a native of Edo state that was born on April 30th. Jemima Osunde’s age is not disclosed yet.

She recently obtained a degree in Physiotherapy from the University of Lagos where she studied.

Jemima Osunde is worth millions of naira. Shehas been endorsed by Lux as a brand ambassador. She has an estimated net worth of $500,000.

Her boyfriend or relationship life is not yet made public but she is of the opinion that she prefers a poor guy that is good in bed to a rich guy who is not.

1 Jemima was given birth to in a family of five as the last child and only daughter of her parents.

2 She hails from Edo state but lives in Lagos.

3 The beautiful actress is a student of physiotherapy at the college of medicine, University Of Lagos.

4 She made her film debut when she featured in Jungle Jewel but shot to limelight when she played the role of Leila in MTV shuga 4.

5 Other popular movies by Jemima are, Naija Beta, Rumour has it, Silence and Esohe.

6 The actress who is a graduate of medical sciences revealed she has a crush on singer, Adekunle Gold.

7 Jemima who is said to look like Genevieve Nnaji recently got the opportunity of a lifetime as she co-stars alongside the top actress in her directional debut, ‘Lionheart’.

8. She is good friends with Adesua Etomi.

Jemima began acting career in 2014 and landed her debut role in “Jungle Jewel” the movie that was produced by popular Nollywood actres, Ufuoma McDermott.

She became prominent due to her role as Laila in Shuga a well known television series .

She became well recognised for her character in “My Wife & I” – a family comedy. Osunde has also starred alongside Genevieve Nnaji in a very high profile Netflix movie “Lion Heart”.

She has starred in quite a number of movies, lets take a look at the list below: