Kemi Adetiba’s biography and profile is a perfect example of the popular saying “What a man can do, a woman can do better”. She is an award-winning filmmaker, cinematographer, music and video director who is widely known for her works in the industry especially in a blockbuster movie “The Wedding Party”.

Kemi is a beautiful, talented, highly Skillful, and creative person. She has made a niche for herself in Nigeria’s entertainment industry. Her works have made appearances on MTV Base, Channel O, Soundcity TV, Netflix, BET, and others.

Kemi Adetiba is also famous for Nigerian hip-hop music videos she has directed. In 2015, She won the Best Music Video Director Of The Year award at the City People Entertainment Award.

She was born on 8 January 1980 in Lagos, Nigeria. As of 2021, She is 40 years old. Dele Adetiba, Kemi’s father is a well-known advertising executive, who played a crucial role in Nigeria’s development.

She started her career as a little girl in the media appearing on commercials.  She made her music video directorial debut in 2008 with TY Bello’s song “Ekundayo”. Kemi began professionally with Rhythm 93.7 FM as a radio host, where she was the anchor of two nationally syndicated hit shows: Sunday at the Seaside and Soul’d Out.

Kemi attended the University of Lagos where she obtained a Law degree.

Kemi is a big-time music and film video director who has made a name in the Nigerian entertainment industry. She has an estimated net worth of $3million.

She has a lot of interesting facts which includes being nominated for Best Music Video Director of the Year at The Headies 2014. 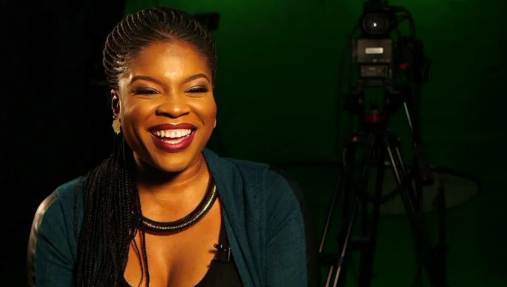 Here are the 10 other interesting things you don’t know about her.

2. Her father, Dele Adetiba, a well-known veteran in the advertising and broadcast industry, introduced her to the entertainment scene.

3. She is a graduate of the law school.

4. At a tender age, she began her career, headlining two national TV advertisements for the detergent brand OMO.

5. Kemi started her career professionally with Rythm 93.7fm as a radio presenter before she delved into film production.

6. She has produced and presented a number of shows on Mnet, including Studio 53 and Temptation Nigeria along with Ikponmwosa Osakioduwa, popularly known as IK.

7. Kemi is the voice behind the hit shows; Soul’d Out and Sunday at the Seaside and produced movies like Across a Bloodied Ocean, The Wedding Party and, of course, the 2018 King of Boys movie featuring Sola Sobowale and rapper, Reminisce.

10. Kemi Adetiba has won several awards like Best female video for the song “Ekundayo” by TY Bello at Soundcity Music Video Awards and at the City People Entertainment Award she won the Best Music video director of the Year.