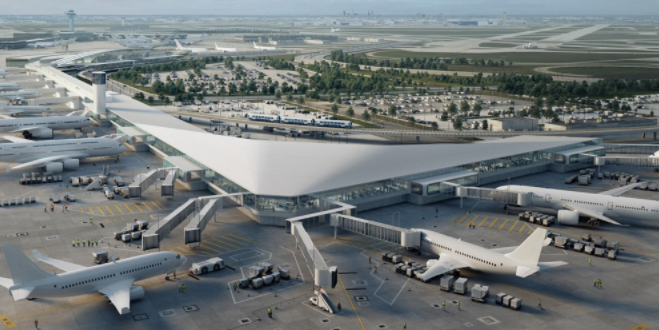 Largest and Busiest Airports in the world 2022

if you are planning to travel around the world and you would love to know the airport that is very busy in order to avoid congestion and get perfect standard service then you have to read this post because it is very important and crucial you know things like this.

Just last year the global air transportation industry was valued at a whopping sum of $686 billion. There has been an impressive progressive growth in the air transportation industry irrespective of the lockdown and Coronavirus pandemic which has caused a decline in the number of air travelers. however, the IATA has predicted that there would be up to 8.2 billion air travelers by 2037.

If you’re a frequent traveler by plane then I’m sure you might have come across one of these airports in this article that has massive hallways and NeverEnding escalators. In some of this airport getting to the gate looks very far and you might have to board a taxi.
finding your way around in the largest airports around the world may look like you are trying to find your way around a very busy large city. In a day some of these airports handle up to millions of passengers.

I’m sure you have been fascinated to find out the real fact behind some of the world’s largest airports. however, in this post, you’ll get to find out every detail you need to know about the largest and busiest airport in the world in 2022 and this is only based on the actual airport size.

Here are the Largest Airports in the World 2022 by sizes: 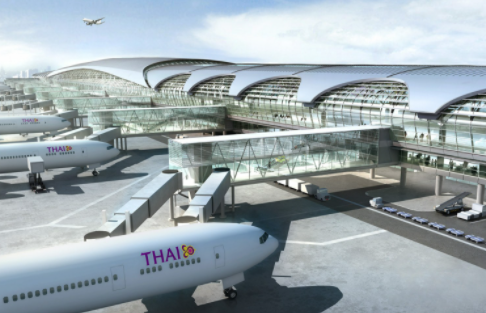 Suvarnabhumi Airport has one of the world’s tallest control towers and the world’s fourth-largest single-building airport terminal, covering 3,240 hectares of land.

With nearly 56 million passengers served in 2016, it is Asia’s ninth busiest international airport.

The Sanskrit name for the airport is “Land of Gold” or “Golden Land.” 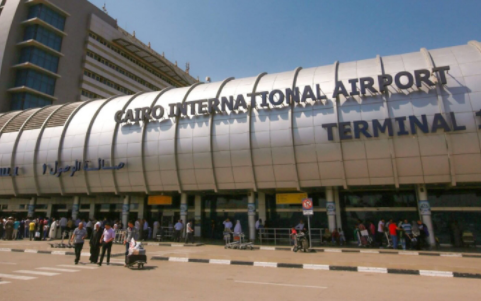 The second busiest airport in Africa is Cairo International Airport.
It served as a USAF base during WWII before becoming an international airport.
It is located in Heliopolis and serves as the main hub for EgyptAir and Nile Air, two of Egypt’s largest airlines. It is one of the largest airports in the world 2022.
Cairo International Airport, on the other hand, is one of the world’s busiest airports.
It is now only used by civil aviation and carries the largest number of passengers in the Middle East. 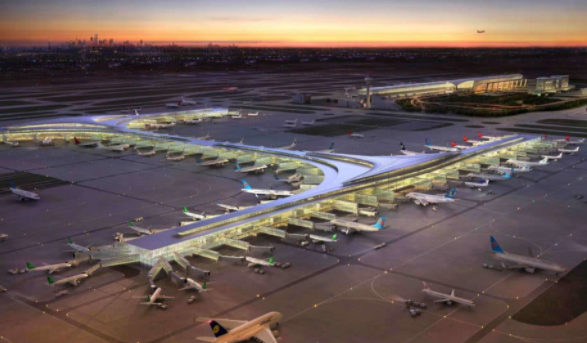 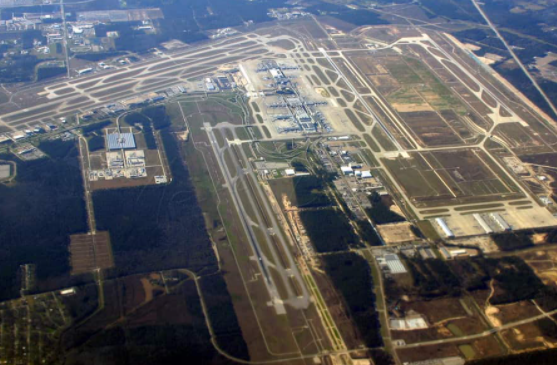 United Airlines’ second-largest passenger hub, after Chicago, Illinois’ O’Hare International Airport, is George Bush Intercontinental Airport.
United Airlines is the most powerful carrier in the United States, operating some of the world’s largest commercial aircraft, such as the Airbus A380.
It has five terminals and 130 gates, occupying 250 acres and stretching 1.5 miles (2.4 km) from Terminal A to Terminal D. (1.0 square km). This statistics alone enable it to be one of the largest airports in the world 2022.
Because of its effective air traffic control, it is one of the top ten airports in the country, with less flight delays. 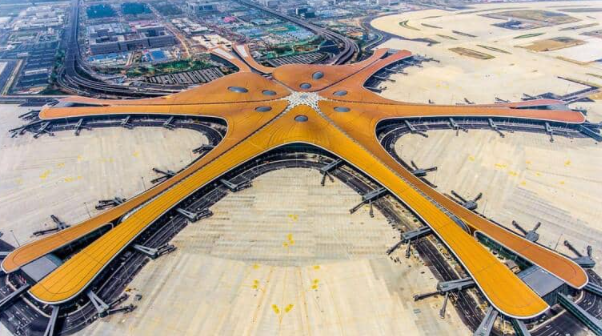 Beijing Daxing International Airport is the second-largest single airport terminal in the world, with a 700,000 m2 (7,500,000 sq ft) facility in Beijing and one of the city’s main airports alongside Beijing Capital International Airport (Pek).
It cost about US$11.4 billion to build after nearly 5 years of building.
The Beijing Institute of Architectural Design (BIAD) built the terminals, which were planned by British architects Zahá Hadid Architects and French planners ADPI. Six bent spokes make up the center hub. This alone puts it on the list of the top 10 largest airports in the world 2022. 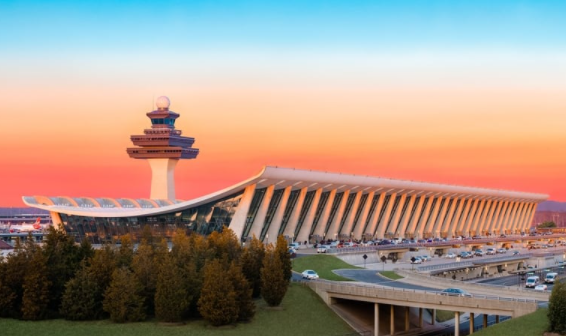 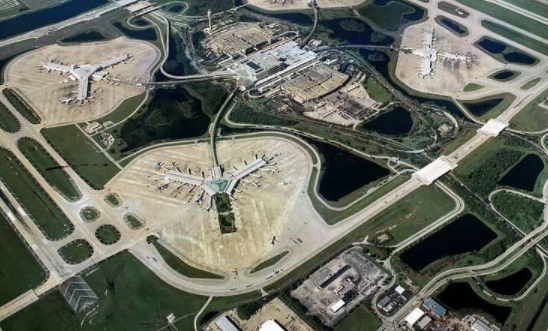 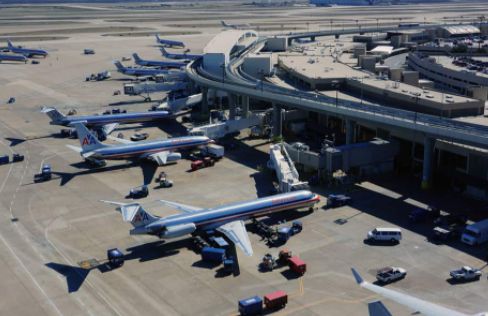 Dallas/Fort Worth International Airport is the second-largest international airport in the United States and the third-largest in the world.
It is the world’s 11th busiest international airport in terms of passenger traffic, with 65.6 million passengers handled in 2016, the highest number ever recorded in the airport’s history.
The airport is larger than Manhattan, with a total area of 6,963 hectares.
There are five operational terminals, one under construction, and seven concrete roads.
The airport is so large that it has its own post office ZIP code, as well as its own police, ambulance, and medical emergency services.
It is one of Texas’ busiest airports as well as one of the largest airports in the US 2022. 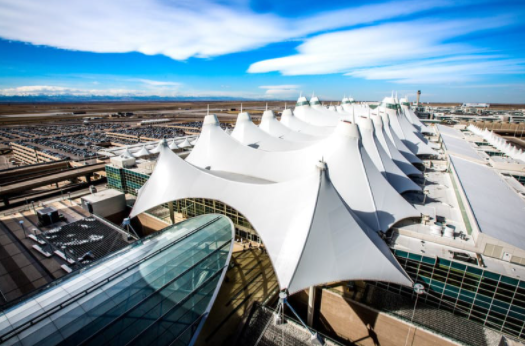 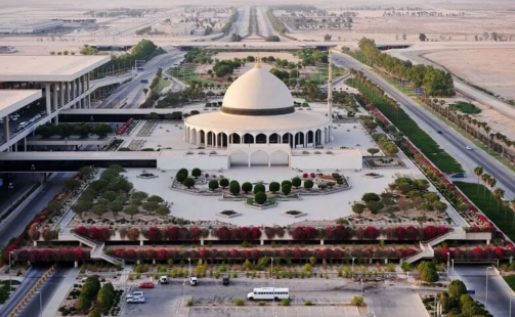 I’m not sure why it’s called an airport; it belongs to a state or province.
King Fahd International Airport will be the largest airport in the world in 2022 in terms of capacity.

The entire city in Dammam, Saudi Arabia, is encircled by an astronomical 77,600 hectares, making all of the other airports on this list look like Lego sets.

The airport is larger than the whole country of Bahrain, which is incredible.

But here’s a fun fact: only 3,675 hectares of the land is used for airports.Yes, it only takes up about 5% of the available capacity. If we went by the real size of the terminal, it would have been the tiniest on the list.
The newest airport on the list is King Fahd International, which opened in November 1999, shortly before the twentieth century ended.
It is also the busiest in terms of air service, with just over 10 million passengers serving annually.
As a result, we might assume that the world’s biggest airport is indeed the most inefficient.