One of the most democratic and second most populous nation in the world is India, a land of diversity. The nation has grown to be the world’s seventh-largest country in terms of area. It sits at the head of the Indian Ocean and extends over an area of 32,87,782 sq km.

India is encircled in the north by the magnificent Himalayas, in the west by Pakistan and the Arab Sea, and in the east by the Bay of Bengal and Bangladesh. India’s lower tip is washed by the lazuline Indian Ocean waves that distinguish it from Sri Lanka.

India occupies 2.2 percent of the world’s total surface area, though it accounts for more than 17 percent of the global population. There are 29 states, 7 union territories and more than 7,200 towns and cities in a land built in an enormous triangular shape. “India’s soul lives in its villages,” Gandhi Ji once said. You can’t deny even a little bit of this truth. Villages are undoubtedly India’s backbone, but India is blessed with some magnificent cities that are also the heart of our nation.

Here is a list of the top 10 largest cities in India by area 2022, which not only bring the country forward in terms of area, but also play a significant role in the country’s tourism and economic development. 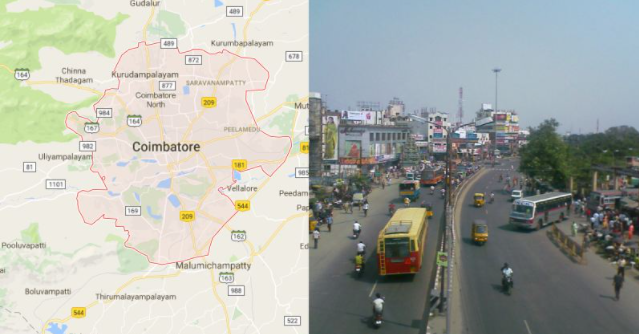 Also known as Kovai, Coimbatore ranks 10th in the list of the top 10 largest cities in India by area in 2022. Situated on the bank of the River Noyyal in Tamil Nadu, Coimbatore is known for its extensive textile industry. The city, also referred to as South Manchester, is a perfect combination of an all-encompassing lifestyle, cultural heritage, stunning natural beauty and enormous trade. You will certainly fall in love with this place whether you’re a nature-freak or an animal lover. The abundance of flora and fauna amplifies the city’s grace and provides you with a peaceful atmosphere. Interestingly, according to ‘National Crime Records Bureau (2015), Coimbatore is the safest city in India for women. 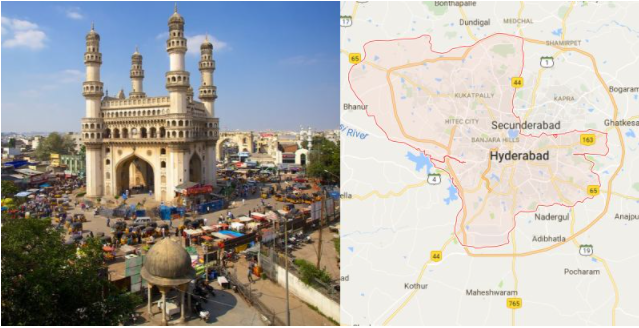 In this ranking,’ City of pearls’ is ranked 9th. The capital of Telangana, a newly established state, is situated on the bank of the River Musi. Hyderabad is well-known for pearl and diamond mines, being the 4th largest contributor to Indian GDP. Hyderabad is also a fascinating tourist destination, in addition to being a crucial trading centre. It is among the top 10 largest cities in India by area 2022. In 2015, the International Travel Publication ranked Hyderabad as the 2nd best tourist location in the world. The city’s historical landmarks and royal architectural marvels charm its visitors. 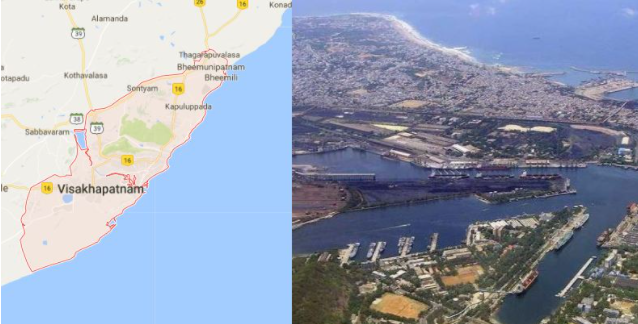 Visakhapatnam, ranked 8th on this list of the top 10 largest cities in India by area 2022, is Andhra Pradesh’s largest city, both in terms of population and area. Sometimes referred to as Vizag, Visakhapatnam lies between the Bay of Bengal and the Eastern Ghats and is an incredibly important port city in India. Vizag was called ‘Jewel of the East Coast’ and ‘Goa of the East’ as one of the coastal towns. The country’s 10th biggest economic contributor is Visakhapatnam. It is the main financial and commercial center of the state, with a GDP of 26 billion. The beautiful parks, enchanting greenery, and the old lofty museums, aside from numerous sandy beaches, also make this town a must-visit destination.

The next name on this list of the top 10 largest cities in India by area 2022 is Bhopal, Madhya Pradesh’s capital. The area, situated on the Malwa plateau, is framed in the north by the Vindhya mountain ranges. Bhopal is the home of several natural and artificial lakes. No surprise why this city is referred to in India as the ‘City of Lakes’ and the ‘Greenest City.’ Bhopal is estimated to be India’s first smart city in the years ahead, according to the Smart City Mission. Bhopal also hosts many national institutions, such as IISER, MANIT, SPA and AIIMS, as well as being a land of fascinating natural beauty. 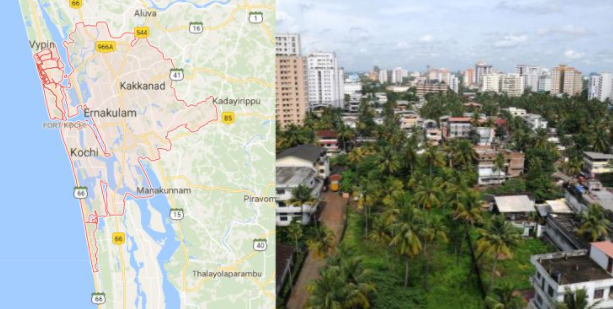 Kochi, also known as ‘the Queen of the Arabian Sea’, holds the 6th position in the ranking of the top 10 largest cities in India by area 2022. As Kochi is Kerala’s largest district, it comprises of urban and suburban areas. Kochi is a major port city on the southwest coast of India and is renowned for the country’s largest shipbuilding facility, the Cochin Shipyard Limited. It should be said that Kochi is the land of islands and peninsulas that make it one of the country’s most loved tourist destinations. If you’ve not been to Kochi yet, please book your next Kochi tour only because the enchanting elegance, enchanting greenery and amusing ancient European buildings are sure to leave you behind. 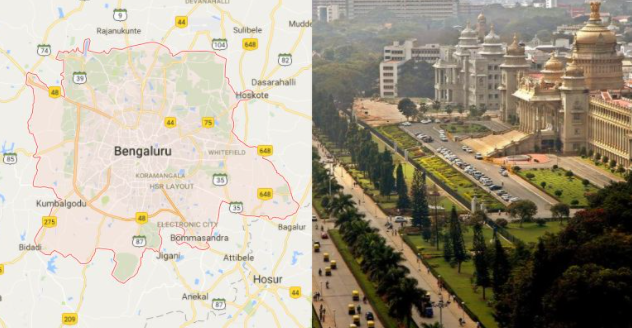 In the ranking of the top 10 largest cities in India by area 2022, the IT city of India falls in 5th position. The state capital of Karnataka is built on the Mysore Plateau, also known as ‘The Silicon Valley of India’. Bengaluru, India’s most vibrant city, is particularly popular throughout the year for its temperate climate. According to Forbes magazine, Bengaluru is expected to be one of the fastest-growing Indian cities in the next decade, being the main hub of many Indian educational, research institutions and IT companies. In 2014, the name of this town changed drastically when it was officially renamed from Bangalore to Bengaluru.

In this list, the health capital of India comes next. It is distributed over a total area of 1189 sq km. Go to Chennai if you want to experience traditional culture, a cosmopolitan lifestyle, classical art, historical landmarks, the latest technology and rapid economic growth in one location. Chennai draws the largest number of international tourists in India, with a very distinct community. The tag ‘Detroit of India’ was awarded to Chennai because it houses more than one-third of the automotive industries of India. This makes this town the country’s 6th biggest economic contributor.

In the ranking of the top 10 largest cities in India by area 2022, the national capital of India is ranked 3rd. After Mumbai in India, Delhi is also the second most populous and wealthiest city. Delhi has been a blockhouse of India since the ancient historical period. Delhi perfectly describes India’s ‘unity within diversity’ from a rich past to the vibrant culture, majestic Mughal architecture, ancient exalted temples, fascinating museums & art galleries, top-grade colleges & institutions and affluent lifestyle. Needless to mention, there are various exceptional tourist destinations in Delhi. The capital city also has the largest number of vehicles in the whole of India. 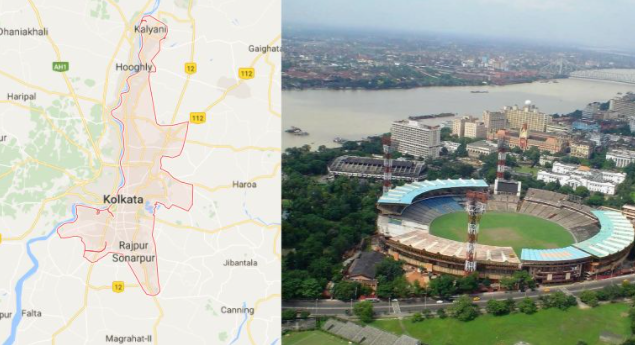 “The City of Palaces” is the country’s second-largest city. Since ancient times, Kolkata has been a very popular city in India, situated on the bank of the Hooghly River. India’s former national capital is a center of culture, education, tourist attractions, museums, ports, and trade. A GDP of $150 billion makes this region the country’s third biggest economic contributor. The city is also referred to as India’s cultural capital, since Kolkata is home to many celebrated musicians, Nobel Prize winners, authors, and politicians. A must-visit place to learn more about our heritage is certainly well-known as ‘the city of joy.’ 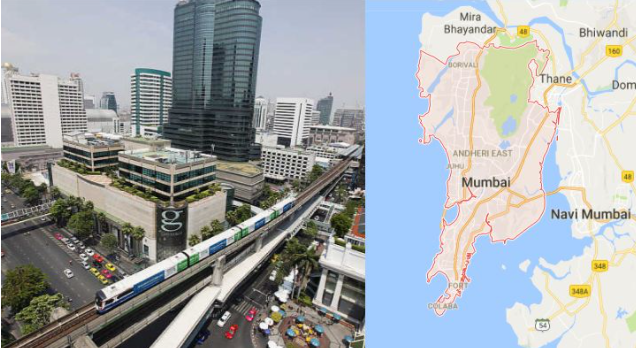 With an area of 4355sq km from Mumbai,’ the City of Dreams’ has ranked first to become the largest city in India by area in 2022. Not only that, Mumbai is India’s richest, busiest and most populous city, too. Proudly referred to as India’s financial and commercial hub, Mumbai is home to a range of financial institutions, multinationals, research and nuclear institutes, and cultural organizations. Mumbai is undoubtedly the most loved city in India, whether it is the best place to cater to your dreams or a melting pot of different cultures or the relaxing see breeze or the giant festive celebrations or whether it is the city’s night life.

These are the top 10 largest cities by area in India 2022. Most of these cities are also ranked in the top 10 developed, wealthiest, and most populated cities in India in 2022, as the prime center of education, trade, tourism, technology and culture. Some of them are known as the Megacity, while others are known as the metropolis.