Most Valuable Players in the World in 2021

There have been a lot of changes in the world and the past month especially since 2020 so even while the pandemic is on and there is no attendance from fans of football the worth of the football players is still increasing. the market value of the top 10 most expensive players in the world as you knew them before I no longer the way it is right now and that is why webbspy is bringing you an update on this list today. one of the loudest transfers in the world today can be found in Paris Saint-Germain when Neymar and Mbappe moved to the club. They couldn’t resist the offer because of the huge amount of money PSG had spent on them. It is obvious these Youngbloods or footballers on this list have taken over the field have the current best in the world players – Lionel Messi and Cristiano Ronaldo. There have also been speculations about players like Kylian Mbappe and Erling Haaland.
Seasonal transfer window can be of the best help to you in terms of scouting and transfer of a player. bear in mind that the changes in the transfer market are constant and happen all the time and that is why top players like Joao Felix dropped off the list.

You should also see the list of the highest paid coaches in the world.

Top 10 Most Expensive Players in the World in 2021

Here are the Most Expensive Football Players in the World 2021 and their market values: 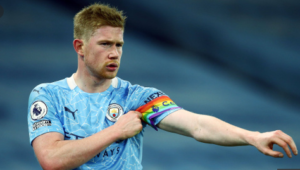 Kevin De Bruyne, Manchester City’s crown jewel, has fallen to number 10 from number 6 last month. The Belgian’s market value has dropped nearly €20 million this season due to his age (29 years old) and a few health issues.

De Bruyne continues to be a standout performer for both club and country on the pitch. The Belgian sensation will have his sights set on the UEFA Champions League this season, with Manchester City well ahead in the Premier League. He is one of the Most Expensive football Players in the World in 2021.

Kevin De Bruyne’s technical ability, passing skills, and vision are unrivaled in the Premier League. He is capable of scoring world-class goals and setting up teammates with equal ease. 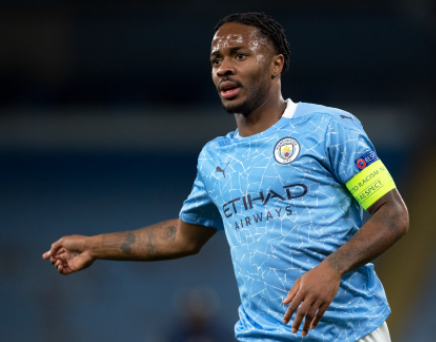 While Raheem Sterling remains in ninth place on this list, his market value has dropped by €10 million since February. The pacy English winger, who is still only 26, is nearing the end of his career.

Pep Guardiola will be hoping that Sterling rediscovers his best form after a shaky start to the season as the season draws to a close. Sterling, who has pace, outstanding dribbling skills, and is incredibly tenacious on the ball, has played a key role in Manchester City’s recent success. He is one of the top 10 most expensive football players in the world 2021.

Sterling, like his Manchester City teammate Kevin De Bruyne, will be hoping to lead City to their first UEFA Champions League win. 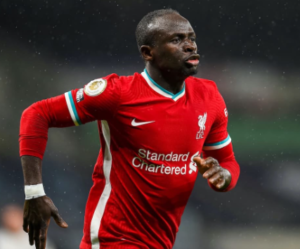 Sadio Mane, like many of his Liverpool teammates, has struggled to match his stellar form from last season. The 28-year-old Senegalese striker has struggled in front of a goal, scoring just 7 goals in the Premier League so far.

This has resulted in a €20 million drop in his market value and a drop in his ranking from #3 in February to #9 this month. Though Liverpool’s title defense has been a disaster, costing them Europe’s top competition. He is one of the Most Expensive football Players in the World 2021.

Sadio Mane will be determined to get back to his best and inspire Liverpool to glory once again in the Champions League. 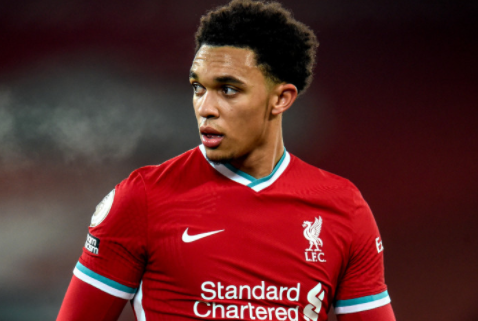 Right-back for Liverpool In recent months, Trent Alexander-Arnold has not been at his best. The right-back was cut from Gareth Southgate’s new England squad after struggling at the start of the season.

With his Euro 2016 participation on a knife’s edge, the 22-year-old superstar will be determined to deliver his “A” game in the coming months. Alexander-results Arnold’s have notably improved in recent weeks, with the English full-back resembling his old self. He is one of the top 10 most expensive football players in the world 2021.

Alexander-Arnold, who is excellent on the ball and vital to Liverpool’s style of play, will be looking to reclaim his place as one of the game’s best right-backs. 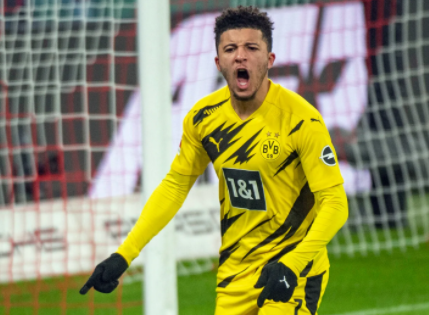 Jadon Sancho, another promising English youngster who has been tipped for big things, is currently one of the game’s brightest wingers. This season, the 20-year-old has been a revelation in the Bundesliga, UEFA Champions League, and DFB Polkal, scoring 15 goals and assisting on another 13.

Sancho, who had been linked with a move to Manchester United in the summer transfer window of 2020, has stayed at Dortmund and continued to put in eye-catching performances. He is one of the Most Expensive Players in the World 2021.

Sancho, who is supremely talented on the ball and has outstanding dribbling abilities, may very well be playing in the Premier League next season. 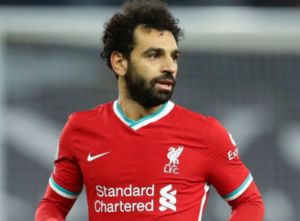 Mohamed Salah has already scored 25 goals for Liverpool this season, and he shows no signs of slowing down in this difficult season for the Reds. Mohamed Salah, a supreme goalscorer with a single-minded determination to score, has been a remarkable bright spot in this dreadful season and is currently the joint top scorer in the Premier League with Harry Kane.

Salah’s future has been a subject of speculation, so it will be important to see how the Egyptian superstar handles the summer transfer window. Salah, who is still just 28, is at the top of his game and will continue to dominate world football for at least another three to four years. He is one of the top 10 most expensive football players in the world 2021.

Jurgen Klopp, without a doubt Liverpool’s best goalscorer, will be could get his team more trophies this season. 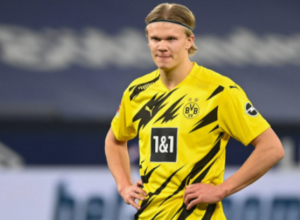 Over the next decade, Erling Haaland and Kylian Mbappe will certainly dominate the world of football. Haaland, a full striker, has been in outstanding goalscoring form for Borussia Dortmund, scoring 40 goals in 37 appearances.

Haaland, like Sancho, is only 20 years old and has been linked with a move away from Borussia Dortmund during the summer transfer window. Manchester United, Real Madrid, and Barcelona are among the European heavyweights said to be interested in the Norwegian international. He is one of the Most Expensive Players in the World in 2021.

Erling Haaland, a potential Ballon d’Or contender, is unquestionably one of the most valuable players in world football right now. 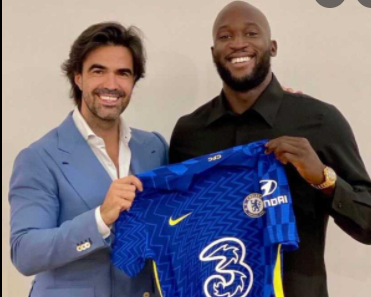 Romelu Lukaku is a Belgian footballer who currently plays for Premier League club Chelsea and the Belgium national team.

Lukaku made his professional debut with K.R.C. Genk in 2008 at the age of 17, before joining West Bromwich Albion on a three-year contract for an undisclosed fee in 2011, he went on to score 31 goals in 99 appearances for West Bromwich Albion before signing for Everton in July 2014 for £28million.

Lukaku has since played over 50 times for his country of birth and scored 16 goals, including scoring twice as Belgium reached the quarter-finals of the FIFA World Cup. His performances saw him named as 2013–14 Premier League Player of the Season, Everton’s Players’ Player of the Year, and Ligue 1.

Lukaku has reportedly just arrived in London to complete a £97.5 million transfer from Inter Milan — the most expensive football player ever!

Chelsea agreed a club-record deal to re-sign the striker, and he will complete the rest of his medicals here before finalizing a five-year contract with a reported £200,000 weekly wage with additional bonuses. 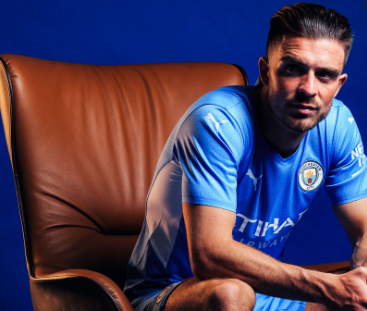 Jack Grealish is a young footballer who has been playing for Aston Villa since the age of 12. He also plays for the England national team and is considered to be one of the most exciting players in Europe. He is currently signed to Manchester city.

Jack Grealish, a member of the Aston Villa’s academy, made his debut for the club in April 2016 and has scored 6 goals in 24 appearances so far. His performances saw him named as one of six players on the shortlist for January’s Premier League Player of the Month award.

Even at the time it felt like a token gesture, a vague effort to persuade selling clubs to lower their expectations. But Manchester City smashed its transfer record to sign Jack Grealish for $139 million (£100 million) from Aston Villa, a record for an English player. 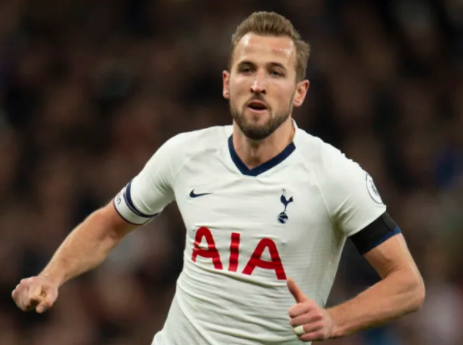 Harry Kane, without a doubt the most full striker in the Premier League, has maintained a market value of €120 million thanks to his outstanding consistency in front of goal and his ability to link-up play.

The 27-year-old England international has improved his game in recent months, falling deep and excellently linking play with his Tottenham teammates. He is one of the Most Expensive Players in the World in 2021.

Kane’s patience with Tottenham Hotspur is wearing thin, and it will be fascinating to see what he does if he receives a serious transfer offer during the summer window.

With the Euros approaching, Harry Kane has a chance to cement his place as one of the game’s best modern strikers. 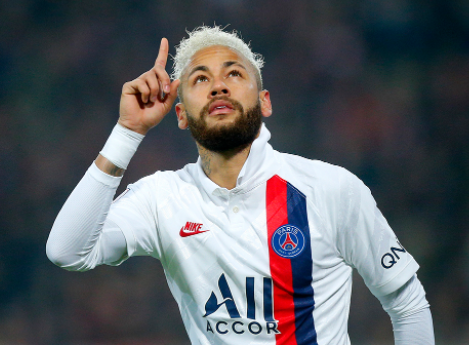 With a market cap of €128 million, Neymar.Jr is the second most expensive player in the world. This season, the Paris Saint-Germain star has been hampered by injuries, but when he has played, he has shown why he is so highly regarded.

Neymar will be determined to make up for lost time and lead PSG to a long-awaited Champions League title after making a long-awaited injury comeback against Lyon a few days ago. He is one of the Most Expensive Players in the World 2021.

Neymar will be itching to show the world why he is worth the big money in the upcoming match against Bayern Munich.

Was there any question on who will be at the top of the list? 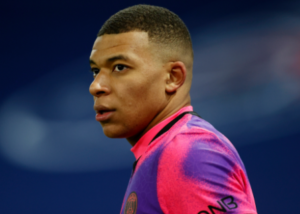 Kylian Mbappe is the Most Expensive Player in the World in 2021 with a market value of €180 million. The 22 years old player, has already won a World Cup and all of France’s domestic trophies. PSG and Mbappe will be hoping that their target of winning Europe’s premier club competition will be realized this season, with only the UEFA Champions League trophy eluding the pacy Frenchman.

Mbappe, who is capable of crushing opposing defenses almost single-handedly thanks to his speed and clinical finishing, has been strongly linked with a departure in recent weeks. Real Madrid and, quite unexpectedly, Liverpool have been linked with a move for the 22-year-old sensation.

Kylian Mbappe has the whole world at his feet, and he’ll be trying to maximize his enormous potential.

Here are the Most Valuable Players in the World in 2021: