Most Expensive Trophies in Sports

Winning a trophy in any part of the world could be the best thing that happens to a team or a person and they are regarded to be very precious and create the best of memories in a particular sport. It means a lot to a player or a club to win a trophy and The importance and significance of these trophies cannot be measured in money alone because it is worth more than that. In this post, you get to see the most expensive trophies in the world and it is a collection of different trophies from several other sports around the world. The worths of these trophies are also attached in the US dollar.

You probably may have not stumbled upon the price tags that have been attached to these trophies from different parts of the world but when you check this post I’m definitely sure you’ll be shocked to the marrow. Trophies are being awarded to whoever emerges winner in every competition in order to show the significance of the incredible achievement and I’m sure you have one that the worth of these trophies that are been struggled for in several leagues around the world. For the players and the clubs fighting over these trophies they don’t do it because of the monetary aspects but because of the value, it adds to them as players and the club at large.

I’m sure you’ve seen a lot of football finals and other sports and see how hot it always is as there is an intense struggle to become the winner of these trophies.

Now let’s take a well-examined look at the List of the most expensive trophies in the world 2022.

Top 10 Most Expensive Trophies in the World

Here are the Most Expensive Trophies in the World 2022:

The Larry O’Brien Trophy is a basketball trophy given to the winner of the NBA Finals. The trophy, which was first presented in 1977, is shaped like a basketball with a hoop and basket. Tiffany & Co. produced yet another award. It is worth $13,500, or £10,000, according to USA Today. This trophy is one of the Most Expensive Trophies in the World 2022. 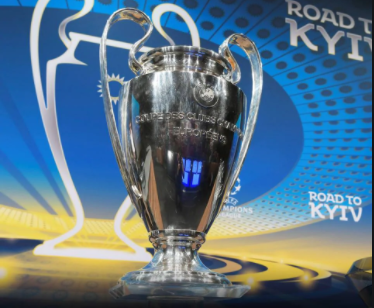 The new trophy was produced in 340 hours and is the fifth iteration of the current design.
It was ordered by UEFA and purchased from a Swiss jeweler for 10,000 Swiss francs (approximately £8,000).
The trophy is 73.5cm tall and 7.5kg in weight. The European Championship Trophy is currently valued at $15,000 USD in 2022. 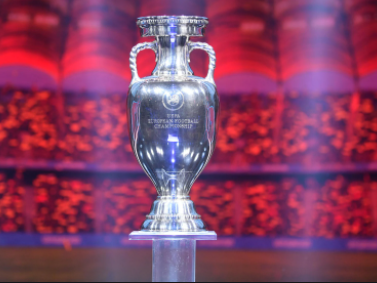 The winner of the UEFA European Championship, which takes place every four years, receives this football trophy. The coveted football trophy is made of sterling silver and is valued at about $15,000 (£12,000.00). Henri Delaunay, who came up with the idea for a European Championship but died five years before the first tournament, was honored with the title.
The original trophy was produced in 1960, but it was redesigned in 2008 to make it larger after it was deemed to have been overshadowed by UEFA’s other trophies. This trophy is one of the Most Expensive Trophies in the World.

The commissioner’s trophy was first presented to the winning team of the Major League Baseball (MLB) World Series in 1967.
When it was first commissioned, the baseball trophy cost $2,500, making it worth an estimated $19,309 (£15,000) today. It’s made of sterling silver and has 30 gold-plated flags on it, one for each major league baseball team. A silver baseball with 24-carat vermeil stitching sits in the center of the trophy. 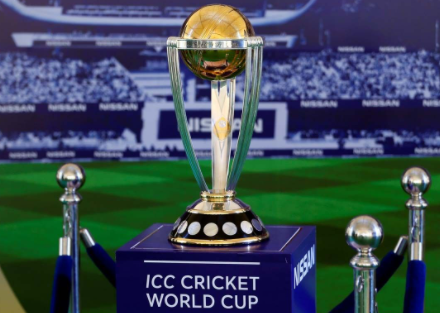 The Cricket World Cup trophy was created in 1999 and is awarded to the winning team of the ICC Cricket World Cup. It is made up of three silver columns that support a golden globe. Batting, bowling, and fielding are represented by the three columns, while cricket and the world are represented by the globe. The trophy, which was crafted in London and includes gold and silver, is worth about $30,000 (£23,500). This trophy is one of the Most Expensive Trophies in the World 2022.

On the base of the cup, which is housed in the International Cricket Council’s Dubai offices, the names of the winners are etched. The winning teams are given a copy to hold. 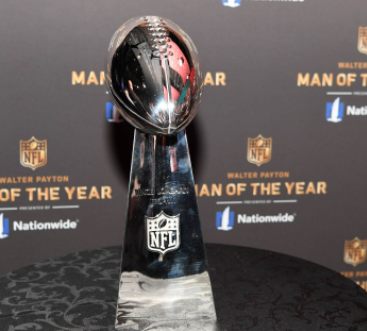 The Vince Lombardi trophy, made of sterling silver, is presented annually to the winner of the National Football League (NFL) championship game, The Superbowl. Unlike the other trophies on this list, a new Vince Lombardi trophy is created each year, and the winning team gets to keep it.

Purpose: Given to the winner of the German football league annually
Real value: $54,000
At the end of the season, the Bundesliga Meisterschale (championship shield) is presented to the German champions. After the inaugural season of the then-new first division was launched in 1963, 1. FC Köln was the first team to win the trophy in 1964. This shield has been worn by every German champion since 1949. This trophy is one of the Most Expensive Trophies in the World. 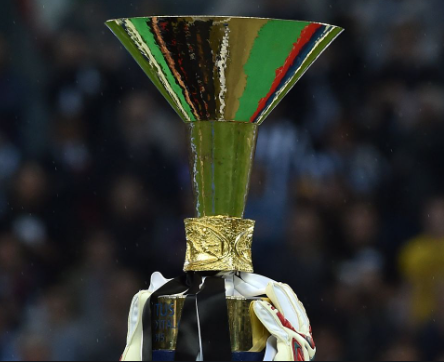 Purpose: Given to the winner of the Italian football league annually
Real value: $66,000
the scudetto
Since the winning team has worn a small coat of arms with the Italian tricolor on their strip in the following season since the 1923–24 season, the Serie A Championship title is sometimes referred to as the scudetto (“small shield”). 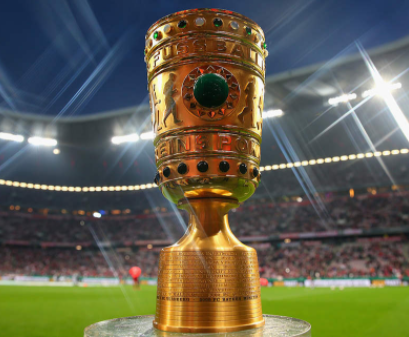 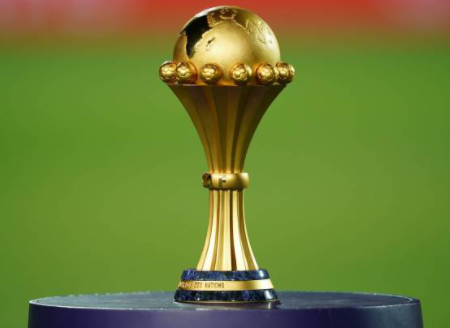 Purpose: Given to the winner of the international football tournament only for African nations held every two years
Real value: $150,000
Three separate trophies have been presented to the winners of the Africa Cup of Nations in its history. The Abdelaziz Abdallah Salem Trophy, made of silver, was named after the first CAF president, Egyptian Abdelaziz Abdallah Salem.
The third trophy, a gold-plated cup designed and manufactured in Italy, was unveiled in 2001. After winning the 2002 edition, Cameroon, the permanent holder of the previous trophy, was the first country to receive the current trophy. were permitted to hold Every edition’s winner will receive a replica of the original trophy with the same dimensions.

Purpose: Given to the winner of America’s Cup match races between two sailing yachts.
Real value: $250,000
The America’s Cup, also known as the Auld Mug, is a prize given to the best sailors in the world. It is the oldest international competition of any sport that is still running.
The name was given to the trophy when they donated it to the New York Yacht Club under a Deed of Gift that specified that it would be used as “a perpetual challenge cup for friendly competition between nations.” The America’s Cup, named after the winning schooner America, was born. This trophy is one of the Most Expensive Trophies in the World.

Purpose: Given annually to the best men and women footballer
Real Value: $600,000
The Ballon d’Or is a prestigious individual award for football players that is given annually by the French news magazine France Football. It is one of the oldest and most prestigious individual awards for football players.
Although the entire Ballon d’Or is not gold, the trophy is dipped in liquid gold before being set on a pyrite plinth in the final stage of the process. This trophy is one of the Most Expensive Trophies in football.

We have no idea how much the Stanley Cup trophy is worth. However, based on the value of the raw materials alone, USA Today estimated that you could sell it for about $23,500 (£18,000). It’s one of the oldest and most coveted trophies in the world, given to the winning team of the NHL ice hockey tournament in Canada every year.

It’s well over a century old, and with new team names etched on it every year, it’s become one of the world’s largest trophies. It’s so high that every few years, the oldest band has to be replaced with a new one.

The oldest band is kept healthy in the Hockey Hall of Fame for all time. And, though we don’t know the specifics of its coverage, the Stanley Cup and what it represents is invaluable. So, if it’s insured, it’s most likely for a large sum of money.

This beautiful tennis trophy is shaped like a tennis racquet and features a tennis ball in the middle. It’s made of gold and has over 1,700 diamonds encrusted on it. A new trophy was established in 2008 after Amélie Mauresmo won the award in 2007. It was adorned with 2008 Diamonds this time! This trophy is one of the Most Expensive Trophies in the World 2022.

This trophy should be the most costly on the list because it’s the only one that’s truly worth its weight in gold… and diamonds, except insurance and heritage. 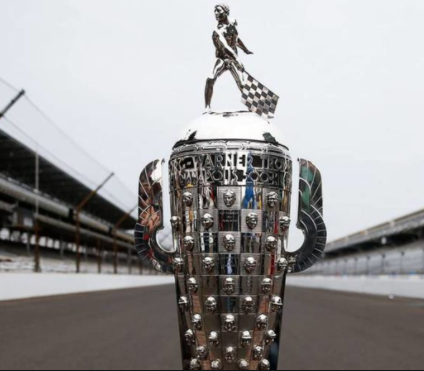 The BorgWarner trophy, which was originally valued at $10,000 in 1936, is now insured for more than $1.3 million, or around £1 million. The sterling silver motorsport trophy was produced by the automotive supplier BorgWarner in 1936 and was first awarded in 1937. The winner of the annual Indianapolis 500-mile run, affectionately known as the indy 500, receives this award.

Surprisingly, the Indianapolis 500 is the world’s longest continuously running car series. Since 1911, the race has been held annually at the Indianapolis Motor Speedway. The trophy, however, is not given to the race winners. Instead, they are given a miniature replica to hold.

The BorgWarner trophy is etched with the faces of all the drivers who have run the Indianapolis 500, which some might find weird. It had to be expanded because it has so many faces on it. As a result, it is not only one of the most costly trophies in the world, but it is also one of the largest. This trophy is one of the Most Expensive Trophies in the World. 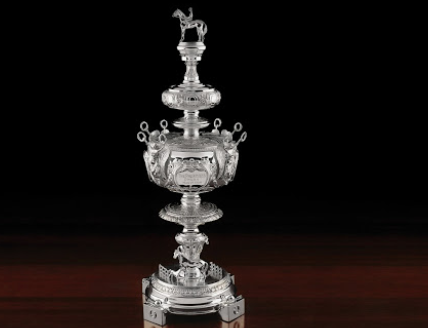 The Preakness Stakes is an annual horse race in the United States that takes place on the third Saturday in May. Tiffany and Co. designed the horse racing trophy in 1860, and it was first shown in 1861. The trophy, however, had to be buried due to the start of the American Civil War, so it was not melted down into ammunition.

It was kept safe and is now given to the Preakness Stakes winner every year. They do not get to keep the original trophy, but they are given a copy to keep. 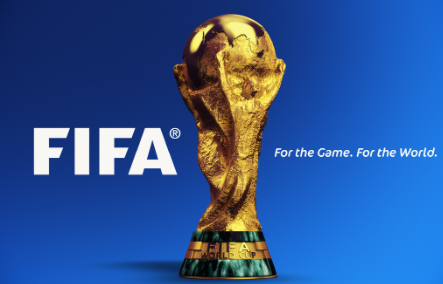 The FIFA World Cup football trophy is the Most Expensive Trophy in the World 2022 with a worth of $20 million. The World cup tournament 2022 would even cost Qatar $220 Billion. It is presented to the winning team of the FIFA World Cup, as you are probably aware. It was first introduced in 1974, designed by Italian artist Silvio Gazzaniga. The planet is held up by two human figures in the design. The 18-carat gold trophy is hollow because it would weigh 70-80kg and be too heavy to raise if it were solid. The winning team does not get to hold the World Cup trophy since there is only one.

They are now given a bronze-plated replica. The actual World Cup Trophy trophy is worth $20 million, or about £16 million, according to USA Today.

Top 10 Most expensive Laptops in the World 2022