Skip to content
Questions › Category: Questions › Who is Okide Afoma Ifunaya?
0 Vote Up Vote Down

Okide Afoma is an award-winning registered dietitian and nutritionist who has contributed greatly to the development of her society in many ways like creating activities on youth development and community service. 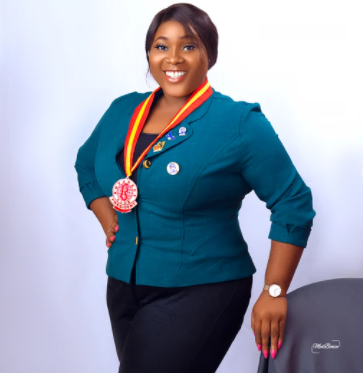 OKIDE AFOMA IFUNANYA was Born on the 4th of March 1996 to the family of late Prof.  & Dr. Mrs. Okide of Alor, Idemili South Local Government Area of Anambra State. She’s the fourth child in a family of seven. She first attended  School Hillcrest preparatory and primary school, Nsukka from 1999 to 2007.
She continued at the University of Nigeria Secondary School, Nsukka for her secondary education between 2007 – 2013, and graduated with flying colors. Her pursuit of a university degree saw her enroll in 2013, to study at the illustrious University of Nigeria, Nsukka in the department of Human Nutrition and Dietetics. In 2017, she graduated with a B.Sc in Human Nutrition and Dietetics and her dissertation bothered on the Chemical Composition and Sensory Evaluation of Complementary Food produced From Red Sorghum Bicolor and Roasted Termite paste for Infants 6-24 Months. She is a full registered member of the Nutrition Society of Nigeria (NSN) and A Registered Dietitian Nutritionist ( RDN) under the Dietitian Association of Nigeria (DAN)
Her National Youth Service period from 2018 to 2019 saw her work as a Nutritionist at the Federal Teaching Hospital, Abakaliki, Ebonyi State, where she discharged her duties judiciously. During her Internship year at the Alex Ekwueme Federal University Teaching hospital, she was recognized for her hard work and awarded Best Dietetic Intern for the year.
Aphie as she is fondly called by friends and colleagues is a children lover who has been a Children’s teacher from 2007 till date and was the First Lady Officer of the Boys Brigade, Christ Church Chapel, UNN.  She has served in different capacities in many organizations during her time as a student, a corps, and even to date.
During her National Youth Service, she was the Assistant Studio Manager at OBS old MacGregor camp, Afikpo after which she served as the Deputy Corps Editor for the Publicity and Editorial Community Development Service. Between 2017/2018, she served as the Female Camp Commandant for ROHI educational services, a Non-Governmental Organization with a passion for youth development and community service, based in Enugu State. During her time as an undergraduate, She also served as the Director of Information of HONDSA UNN between 2015/2016.
she was the All-star  Vice President and World Class Assistant General Secretary of the Rotaract Club of the University of Nigeria, Nsukka. She stands as one of the pioneer End Polio Ambassadors of Rota-Lion.
Rtr. Afoma Okide, has received numerous awards from the Club and District, some of which includes;

In her spare time, Rtr. Afoma, loves to read, research key issues, travel to meet new people, and also see the beauty of the world.  Chewing a bit off her acting Hobby, she played Sade in Obi Emelonye’s Netflix series; “Crazy Lovely Cool” and Sister Grace in Lorenzo Menakaya’s “Ordinary Fellows”.
She is currently working on a mind-blowing project that is targeted at the ‘Girl Child’ in primary and secondary schools. Details of the project will be made known to the public later on her official social media handles.