Skip to content
Questions › Category: Questions › Why does Alisha wainwright from Raising Dion look like Alicia Keys?
-1 Vote Up Vote Down

Fans have been asking about Alisha wainwright and Alicia keys. 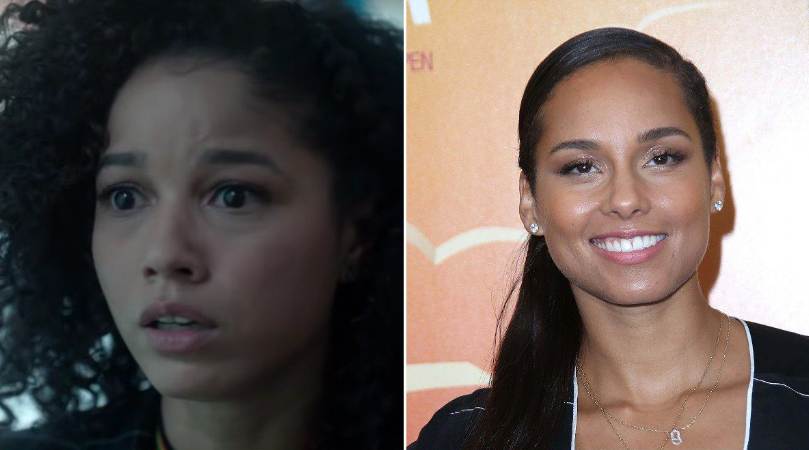 After Netflix released its new series titled Raising Dion on a story of a mother protecting her special child – Dion, who she discovered has superpowers. Alisha Wainwright played the role of the mother, and since the premiere of the series, Netflix viewers worldwide have generated a curiosity about who she really is online. However, in recent times many Netflix viewers have been making inquiries to find out if Alisha wainwright is related to Alicia Keys.

3 Answers
0 Vote Up Vote Down

THEY BOTH ARE CUTE THEY REALLY LOOK THE SAME!

0 Vote Up Vote Down

Viewers have been chanting that Alisha wainwright looks like Alicia keys. Now let’s carefully answer that question.
After Netflix dropped Raising Dion, the new series was about a young widow and her special young son that has superpowers (like X-Men meets Matilda). In that series, Alisha Wainwright played the role Nicole, Dion’s mother whose world always revolves around her son. Nicole’s husband which was played by Michael B. Jordan was killed by the storm man, and Nicole only had Dion left to hold unto. She one day discovered Dion’s superpowers which blew her mind.
The show has gotten very positive feedback from viewers and fans, and they’re all loving Alisha wainwright. Her acting is superb, and she also looking kinda … familiar.
However, while the two ladies look very much alike, they’re definitely not related. BET also disclosed to Alisha Wainwright in an interview that she looks a lot like “a cross between singer Alicia Keys and actress Gugu Mbatha-Raw.” She replied with, “That’s the nicest compliment, thank you!”.
Alisha Wainwright’s biography would help us know her better.

0 Vote Up Vote Down

i think they sisters i got to finsh wacting it  rasing dion he so cute and michael.B is so cute with alisha wainwright. http://raising dion