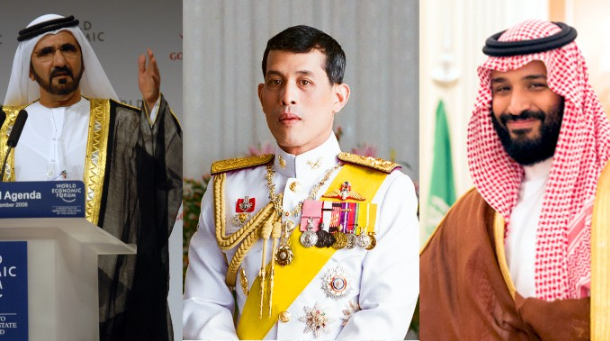 Just the way there are several countries in many continents of the world is the way there are presidents leading them. The president is known to be the leader and first citizen of any country and in some cases earns the highest.
The president of a country is known as the commander in chief of the armed forces of a federation and possesses the veto/democratic power of the state.

Many presidents of different countries earn very high officially while some have earnings that can’t be added due to its illegality. The ideal thing is that the leader who truly serves the citizens does not concern himself much with the monetary aspect but such is not the case here.

Most of these presidents have been known to have been successful in amassing wealth and in this list we’ll find out the richest presidents in the world in 2022.

These are the top 10 richest presidents in the world in 2022:

Born on 1 December 1949, Miguel Juan Sebastián Piñera Echenique is a billionaire businessman and politician from Chile who has been President of Chile since 2018. He held positions from 2010 to 2014 as president.

He studied business engineering at the Pontifical Catholic University of Chile and economics at Harvard University, the son of a Christian Democratic politician and diplomat. In 2019, according to Forbes, he had an estimated net worth of $2.8 billion, making him one of the richest people in Chile. He is among the richest presidents in the world 2022.

A member of the right-wing National Renewal Party, he served from 1990 to 1998 as a senator for the district of East Santiago, running for president in the 2005 election, which he lost to Michelle Bachelet, and again, successfully in 2010. As a result, he became Chile’s first constitutionally elected conservative president since 1958, and the first to take office since Augusto Pinochet’s departure in 1990.

The king of Morocco is Mohammed VI. He belonged to the Alaouite dynasty and, after the death of his father, King Hassan II, succeeded to the throne on 23 July 1999.

Initially, the king implemented changes to allow women greater authority. In the court of King Mohammed VI, leaked diplomatic cables from WikiLeaks reported widespread misconduct, implicating the king and his closest advisors. The Moroccan factor of the Arab Spring, the popular chaos in 2011, protested against corruption and urged the need for democratic change. King Mohammed VI, in response, promulgated a reform agenda and adopted a new constitution. A national vote on July 1, 2011 passed these amendments.

The Emir of Qatar is Sheikh Tamim bin, Hamad al-Thani. He is the fourth son of Hamad bin Khalifa Al Thani, the former Emir. Within Qatar, Tamim has held a number of government positions and has been at the forefront of efforts to encourage sports and healthy living within the country. Tamim is the youngest reigning king of the GCC nations as of 2018.

Sheikh Tamim heads the board of directors of the Qatar Investment Authority. The fund has invested billions in British enterprises under his leadership. It has major shares in Barclays Bank, Sainsbury’s, and Harrods. A share of the fourth tallest building in Europe, the Shard, is also owned by the fund. The Emir of Qatar is one of the richest presidents in the world 2022.

In 2022, the nation will host the World Cup in football. To plan for the case, Qatar is expected to invest around $100 billion in infrastructure.

The new ruling Prince of Liechtenstein is Hans-Adam II, and he is also the son of Franz Joseph II. Since 1989, he has reigned over the tiny nation with the largest GDP. The business is based between Austria and Switzerland and occupies 62 square miles. He is among the richest presidents in the world in 2022.

This tiny nation’s population is around 38,000, and the family of Hans traces its roots to more than 900 years. You’d be shocked to hear that Johannes Hans Adam Ferdinand Alois Josef Maria Marko d ‘Aviano Pius von und zu Liechtenstein is his full name. He is the director of the LGT banking company, and an extensive collection of artworks is also owned by his family. In all of Europe, he is considered to be the richest king.

He lives in a castle perched on a cliff in the Alps, and is now one of the 500 richest individuals in the world. He manages the family fortune, which traces its roots back to the Crusades, and his bank caters exclusively to the world’s ultra-rich citizens. 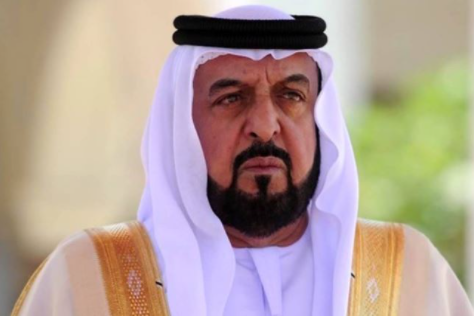 Khalifa bin Zayed bin Sultan Al Nahyan (born 7 September 1948; known as Sheikh Khalifa) is the acting president of the United Arab Emirates, the emir of Abu Dhabi, the supreme leader of the Armed Forces of the United Arab Emirates and the president of the Supreme Petroleum Council. Sheikh Khalifa is also the president of the Abu Dhabi Investment Authority, which oversees assets of $875 billion, the largest sum in the world controlled by the head of state of a government. Collectively, it is estimated that the Al Nahyan family owns a $150 billion fortune.

On 2 November 2004, Sheikh Khalifa succeeded his father, Zayed bin Sultan Al Nahyan, as Emir of Abu Dhabi and, the next day, became President of the UAE. Since the late 1990s, as Crown Prince, he had already de facto carried out some facets of the presidency when his father faced health problems. This leader is also one opf the richest presidents in the world in 2022.

Kim is said to have 17 luxurious palaces across North Korea, a fleet of 100 luxury cars (mostly European), a private jet, and a yacht 100 feet (30 m) away. Rodman described his journey to the private island of Kim Jong-un:”It’s like Hawaii, Ibiza, or Aruba but he’s the only one that lives there.” Kim is one of the richest presidents in the world in 2022.

“[s]igns of a rise in luxury goods … creeping out of North Korea since Kim Jong-un took over”[s]igns of an uptick in luxury goods… sliding out of North Korea after Kim Jong-un took over”wife Ri Sol-ju (리설주) was photographed holding what appeared to be an expensive Dior handbag, worth almost $1,594 – an average year’s salary in North Korea”wife Ri Sol-ju (almost) was photographed with what seemed to be an expensive Dior handbag, worth nearly $1,594-the average salary in North Korea for a year. “Kim Jong-un likes to drink and party all night like his father and ordered the [imported sauna] equipment to help him beat hangovers and fatigue.” according to diplomatic reports. 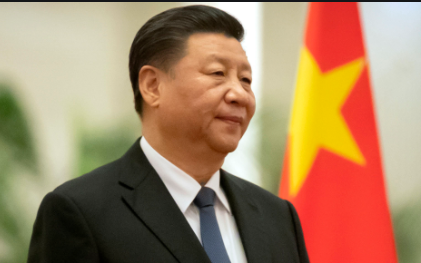 Xi Jinping is a Chinese politician who, since 2012, has served as Secretary-General of the Chinese Communist Party (CCP) and Chairman of the Central Military Commission (CMC) and as President of the People’s Republic of China (PRC) since 2013. Since 2012, Xi has become China’s supreme leader, the most influential political leader in China.

Xi Jinping, the leader of the world’s most populous nation and the second-largest economy (GDP), holds a tight grip of the only political party in China.

China’s parliament revised the constitution in March, widening Xi’s jurisdiction and scrapping term limits. Xi is one of the richest presidents in the world in 2022.
Xi was quick to see the advantages of privatization-friendly reform since rising to the presidency in 2012.
He is generally credited with the Chinese Dream slogan, a compilation of personal and national values for Chinese society’s development.

The 29th and present Sultan and Yang di-Pertuan of Brunei and the Prime Minister of Brunei is Hassanal Bolkiah (born 15 July 1946). He is one of the world’s last absolute monarchs. The eldest son of Sultan Omar Ali Saifuddien III and Raja Isteri (Queen) Pengiran Anak Damit, after his father’s abdication on 5 October 1967, he succeeded to the throne as Sultan of Brunei.

The sultan has also been ranked among the world’s wealthiest individuals. Forbes estimated the total peak net worth of the sultan at US$20 billion in 2008. The sultan, after Queen Elizabeth II, is the second longest-reigning monarch in the world today. The Sultan celebrated his Golden Jubilee on 5 October 2017 to mark the 50th year of his reign on the throne.

Putin privately holds a multi-billion-dollar fortune by successive control of shares in a variety of Russian businesses, according to Russian opposition politicians and journalists. According to one Washington Post editorial, “Putin might not technically own these 43 aircraft, but, as the sole political power in Russia, he can act like they’re his” The Russian RIA reporter argued that “[Western] intelligence agencies (…) could not find anything” Polygraph.info analyzed these conflicting statements, looking at a variety of publications by Western (Anders Åslund estimate of $100-160 billion) and Russian (Stanislav Belkovsky estimate of $40 billion) researchers, CIA (estimate of $40 billion). 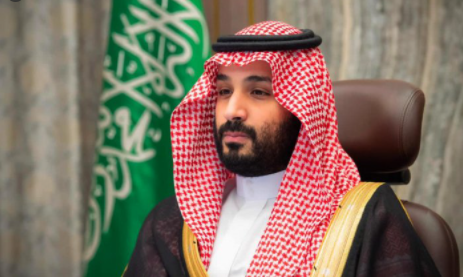 The 33-year-old heir will ascend to the throne after the death of his father, 83-year-old King Salman bin Abdulaziz Al Saud.
The crown prince has become a controversial global political figure, particularly in the fall of 2018, when he faced a global outcry over the death of journalist Jamal Khashoggi, who the CIA later concluded was assassinated on the prince’s orders.

Mohammad bin Salman, the Рrеѕіdеnt оf Saudi Arabia is the richest president in the world in 2022.

He controls part of the royal family’s vast wealth, which is estimated at up to $1.4 trillion and includes Saudi Aramco, the most valuable company in the world. Prince Mohammed has spent his fortune on a $500 million yacht, a $300 million French chateau, and a $450 million Leonardo da Vinci painting.