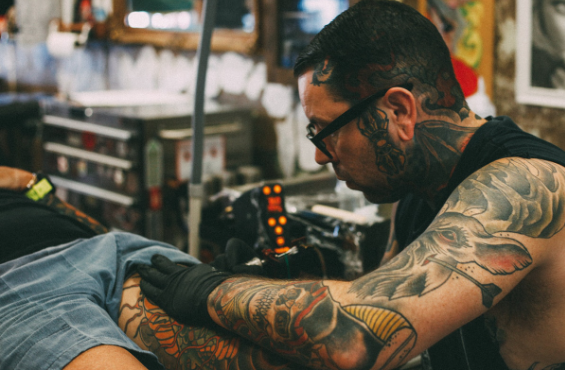 Best Tattoo Artists in the World 2022

Tattoos are a kind of design and modification on the body that is being done by ink, pigment, or dye insertion for a temporal or permanent duration. The insertion of this ink is being done into the dermis layer of the skin for aesthetic purposes in order to change the pigment. the duration of a tattoo could be temporal or permanent depending on how you want it. some people love it temporal so they could be able to clean it afterward.

At some point in history, tattoos were considered to be worn by celebrities only and other people who wore them were judged to be criminals. Considering the fact that people naturally judged a lot, it is understandable why they mistake people with tattoos on their bodies as bad people. Currently, the trends have changed and people wearing tattoos are now in vogue because diverse people find it fashionable. Even police officers now have tattoos and it is very regular.

Tattoo designs are now in huge demand even among common people as there are many people that want one art or the other drawn on their body. This in turn has also bolstered the demand for Tattoo artists in the world. There are many tattoo artists around the world that are in the business of art-making and are making money from it. The beauty of their artistry is that just like painters paint on canvas they paint on the human body instead.

Tattoo artists make a great deal of money from their art and designs due to high demand in the market.

Here are the richest tattoo artists in the world 2022:

Mike Rubendall runs the Bowery and Kings Venue tattoo shops in New York City. In addition, he has been on the TLC show Tattoo Wars. At the age of 17, he learnt the craft of tattooing from Frank Romano. Mike’s clients include actors such as Evan Rachel Wood and Damon Dash, who must book a year in advance to secure his date. 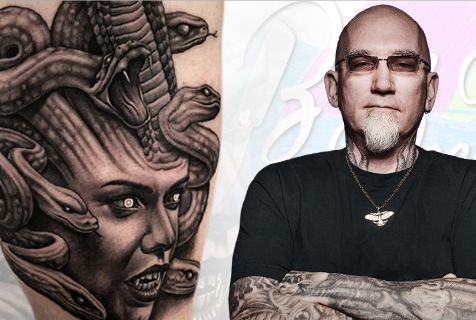 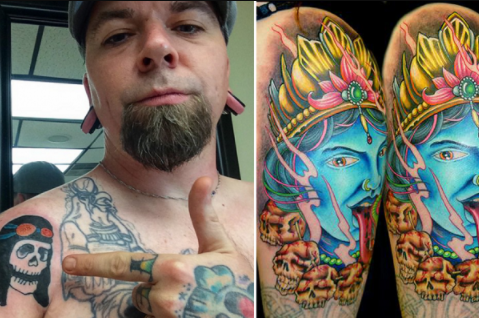 He began his career as a piercer in South Carolina, but because it was illegal there, he moved to Florida, where he began his tattooing career under the supervision of Holden Ritchison. Since he joined Babylon Tattoo, his work became well-known, and he is now regarded as one of the top 10 richest tattoo artists in the world 2022. 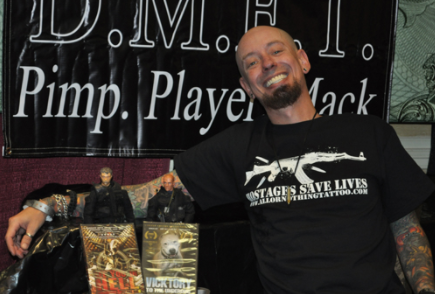 Brandon Bond is one of the world’s most well-known and published tattoo artists. He’s from Atlanta, too, and has a few tattoo parlors in the city. In 2005 and 2006, he was named Artist of the World at the South Florida and North Carolina Tattoo Conventions. He also owns Stranglehold, a business that sells tattoo-related merchandise such as movies, comics, and phrases. Brandon is among the richest tattoo artists in the world 2022. 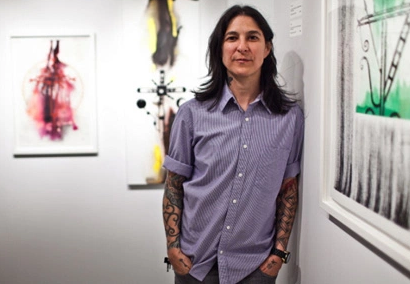 Stephanie Tamez was born and raised in San Antonio, Texas. She studied tattooing in San Francisco, living in a private studio and at Diamond Club with Bill and Junii Salmon. She then relocated to New York in 2001, where she worked for nine years at New York Adorned before joining Saved Tattoo Studio.

She co-owned Saved after teaching a tattoo design course at SVA for three years. She is also the driving force behind Saved Tattoo Studio in New York, where she is an amazing tattoo artist who has worked with celebrities such as The Undertaker and Slayer making her one of the richest tattoo artists in the world 2022.

Have you seen the Most Beautiful countries yet??

Top 10 Most Beautiful Countries In The World 2022 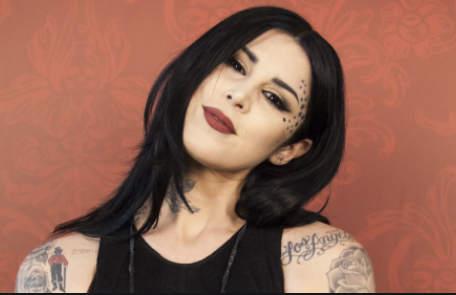 Kat Von D is a tattoo artist, model, guitarist, tv host, and entrepreneur from the United States. She is best known for her four seasons as a tattoo artist on the TLC reality television program LA Ink. She is one of the richest tattoo artists in the world 2022.

She also runs High Voltage Tattoos in Los Angeles and is working on a cosmetic line for Sephora as well as an overseas nothing line. Rihanna, John Mayer, Dave Navaro, and Lady Gaga are among the celebrities she has tattooed. 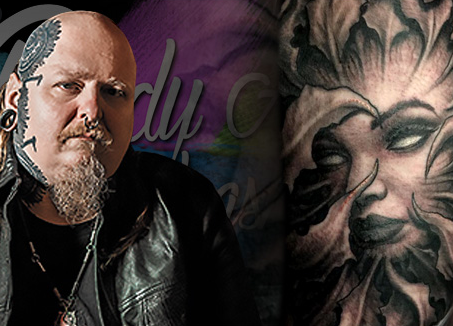 Paul Booth is a tattoo artist from New Jersey, United States. He is a well-known figure in the rock, heavy metal, and Gothic music scenes. He is well-known for his freehand work and careful attention to detail in his designs.

He has been on CNN, CNBC, Discovery Channel, and TLC, among other networks. Slipknot, Mudvayne, Soulfly, Slayer, Sepultura, and Pantera are only a few of the punk bands he’s worked with. He is definitely one of the top 10 richest tattoo artists in the world 2022. 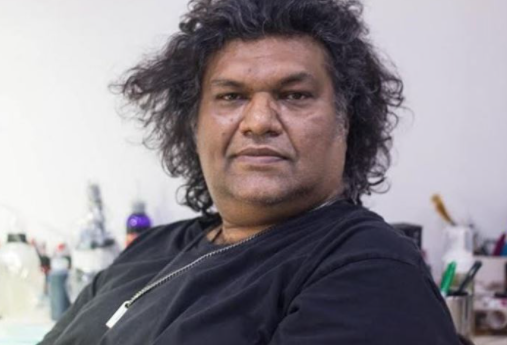 Anil Gupta is a master of accurate art reproduction and tattooing that is well-elaborated and exquisite in comparison to the originals. He can work in a variety of genres, but his biomedical work, miniature reproductions of old master paintings, and tattooing the John McEnroe are among his most well-known. He may also imitate the works of Leonardo da Vinci and Salvador Vinci. Those involved in attending his sessions must make an appointment six months in advance. Christian Slater, John McEnroe, and Rosie O’ Donnel are among Anil Gupta’s celebrity clients. 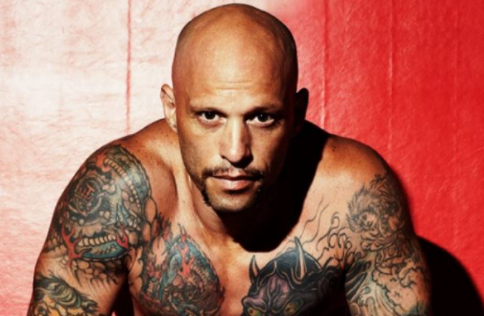 Ami James is a tattoo artist, entrepreneur, tv host, and owner of a clothing line in the United States. The celebrity began his career when he was 15 years old, and he is the creator of TLC’s two favorite tattoo series, Miami Ink and NY Ink. Love Hate Tattoos, Love Hate Choppers, DeVille Clothing, and Woo$ter Street Social Club are all co-owned by him in Miami. Ami is one of the Top 10 richest tattoo artists in the world 2022.

Jesse Hughes, pro-surfer Sunny Gracia, and Lloyd Banks are among the celebrities he has tattooed. 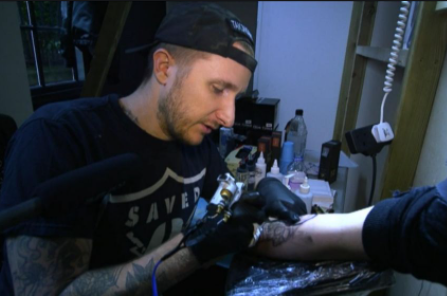 Income: $1,000 for the first hour per $200 every succeeding
Location: New York
Specialization: Typography and Antique Ornamentation

Scoot Campbell is the Best and richest tattoo artist in the world in 2022. He would not bill more than $1000 per hour. In 2005, he opened his own shop in New York called Saved Tattoo. His shop is the most well-known tattoo parlor in Hollywood, with many tattoo artists among the top ten richest tattoo artists in the world 2022. Heath Ledger, Howard Stern, Sting, Robert Downey Jr., Courtney Love, Orlando Bloom, Marc Jacobs, and Josh Hartnett are among the actors who have had Scoot Campbell tattoo them. Heath Ledger, he said, was his first celebrity client.