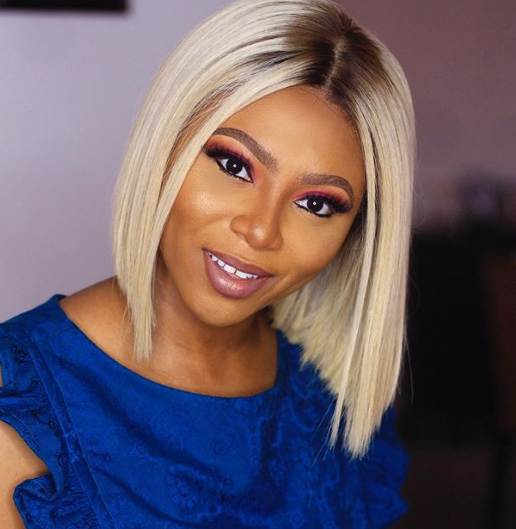 Stephanie Omowunmi Eniafe Coker is her full name but she is popularly known as Stephanie Coke. she is a famous television presenter and on-air personality for Ebonylife TV and MTV Base Africa. She also starred in “Tinsel” – the popular Nigerian TV Series as ‘Feke’ and she played the role of ‘Cindy’ in “Hustle” – a popular sitcom program.

She is widely known MTV Base Africa TV Presenter and she resides currently in Lagos, Nigeria. She is married to Olumide David Aderinokun. Stephanie Coker was born in Lagos, Nigeria but relocated to North London in the United Kingdom when she was a year old.

Stephanie attended St Mary’s Church of England Primary School in North London. She said it was a small religious school. She later attended Brunel University in London where she graduated with a Bachelor’s Degree in Media and Communications.

On 12th August 2017, Stephanie Coker tied the knot with Olumide David Aderinokun, on the Island of the Greek in Mykonos. She is married to him till date.

Stephanie Coker is one of the most influential and paid TV presenter and on-air personality in Nigerian entertainment industry with an estimated net worth of $250,000.

She is currently married. In 2014, she featured in Lynxx’s official music video for his single My Place. this led to the gossips that they were dating. She made a statement in an interview with City People that her relationship with Lynxx was professional. she rather suggested Banky W was her dream crush.

She is a lover of cake.