The original and modern seven wonders of the world in 2022 are all here.

Wonder to the soul is more than nourishment. Humans are, as far as we know, the only animal on earth that can be moved by a sunset to tears, that marvels at night’s stars, that feels wonder, and humility, at the accomplishments of our history. Wonder describes us as being divine.

The ancient Greeks were among the first to chronicle with the ‘Seven Wonders of the Ancient World’ the most impressive of constructions. Ranging from the Hanging Gardens of Babylon to the Colossus of Rhodes, these marvels of craftsmanship and engineering had an amazement-inspiring effect on those who saw them.

There were many recent efforts to update this list of Modern Age wonders. A wide range of projects have been introduced, including’ wonders’ like the CN Tower, the Golden Gate Bridge, the Internet (sort of cheating if you ask us), and even natural wonders like the Grand Canyon or the Amazon rainforest.

The New7Wonders list, which was made public after comprehensive research in 2007, is perhaps most known when it comes to man-made constructions. We’ll take a look at the World’s Seven Wonders they’ve selected including the one honorary member.

The seven wonders of the world in 2022

Here are the Top seven wonders of the world in 2022; 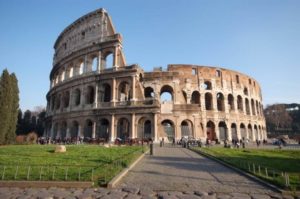 LOCATION: ROME, ITALY | YEAR: AD 70 | CIVILIZATION: ROMAN EMPIRE
With all the majestic creations for which ancient Rome is responsible, it would be criminal not to include at least one. The Colosseum in Rome is arguably the most well-known.

The Colosseum is well known as the place of gladiators, public performances, and Russell Crowe as the largest and most famous amphitheater in the world. While its use as a place of entertainment ceased during the early Middle Ages, it remains an architectural feature in the skyline of Rome. It has to be among the seven wonders of the world in 2022.

A huge amount of the Colosseum is intact today, particularly considering how much of it was cannibalized for other purposes after the fall of the Empire. Earthquakes and stone-robbers have chipped away gradually at what once was an even more astonishing structure. Nonetheless, it speaks to the Colosseum’s sheer scale that what remains today still receives an audible glimmer from visitors as they venture. 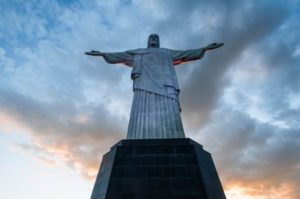 Rio de Janeiro’s famous statue, by far the latest construction on this list, dates back less than a hundred years. This art deco statue of Jesus Christ, built between 1922 and 1931, was created by the French sculptor Paul Landowski and built-in collaboration with the French engineer Albert Caquot by the Brazilian engineer Heitor da Silva Costa

Christ the Redeemer omnisciently towers over the city below from its prime location on the top of the Corcovado mountain. It is among the seven wonders of the world in 2022.

The statue is an enduring symbol of Brazil’s strong Christian faith and has become the country’s most famous landmark. The statue has been vandalized and repeatedly restored but stays as dominant as ever in the landscape of Rio de Janeiro. 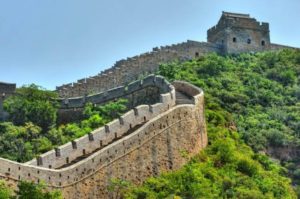 China’s Great Wall has been built, restored, joined together and for centuries watched over by various powers and regimes. Overall, it runs for more than 21000 km. So no, you will not be able to see all of that. There are many various sections, many close to Beijing, that cater to visitors and wall-walkers.

It is unarguably among the seven wonders of the world in 2022.
Constructed from the north to defend China from nomadic invaders, the Great Wall is the most impressive defensive fortification on Earth. Although it may not be of much use today if the descendants of Genghis Khan (of whom there are many apparently) try to invade, its sheer size and scale continue to wow tourists from around the world.

See the top 10 best tourist countries in the world. 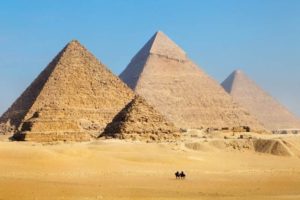 The Giza Necropolis, commonly referred to just as Pyramid(s) of Giza, is the only surviving member from ancient times of the original Seven Wonders of the World. Because of this, Egyptians were not overly excited to contend with much older projects like the Sydney Opera House or the Statue of Liberty.

It is worth being in the seven wonders of the world in 2022.
After much criticism and some less than complimentary words about the founder of New7Wonders, the Giza Necropolis was excluded from the vote and given an honorary eighth place on the list. 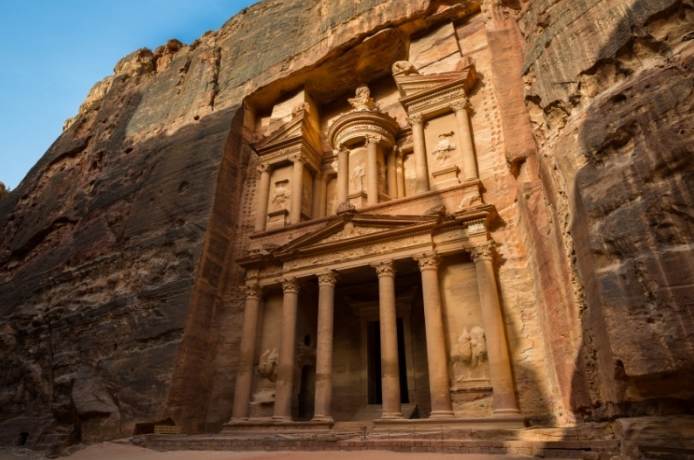 Petra was founded as the capital of the Nabataeans (that were an ancient Arab people) around 300 BC. Located in a basin among the mountains on the slope of Jebel al-Madhbah, in 1812 Swiss explorer Johann Ludwig Burckhardt discovered Petra by the North. Petra is often known as the Rose Town, because of the hue of the stone used to make it. Petra, like Chichen Itza, is usually distinguished by a single landmark – in this case, Al Khazneh (one of the city’s most elaborate temples). 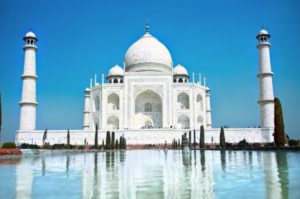 Taj Mahal has become India’s most celebrated landmark and one of the world’s best-known examples of Islamic architecture. Built by Mughal Emperor Shah Jahan as a tomb for his favorite wife, despite its fairly morbid intent the structure is extremely elegant in nature.
The Taj Mahal was disguised, during World War II, with large amounts of scaffolding to protect it from the sight of bombers. As such, today the Taj Mahal remains largely intact, as it has been in centuries past.

Such a beauty to behold in the seven wonders of the world in 2022. 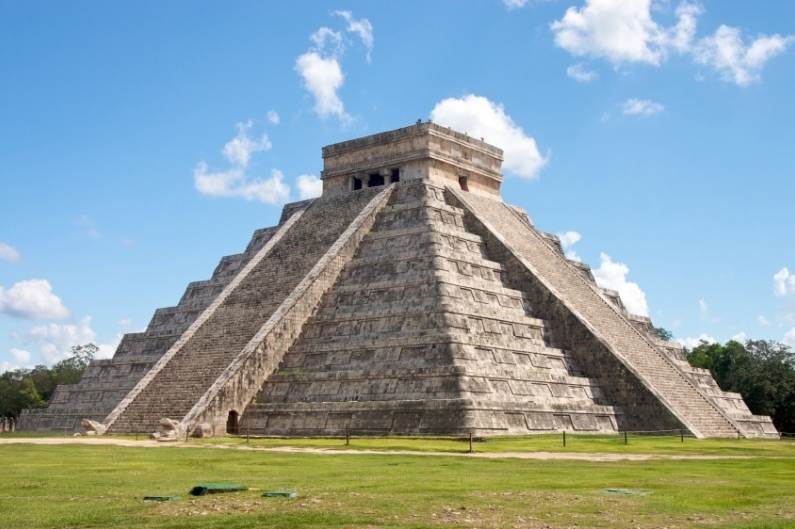 This Mayan city, located on the Yucatán Peninsula, is among the best pieces of civilization in the Americas before Europeans arrived. Developed over hundreds of years beginning in the seventh century, Chichen Itza grew into one of the largest Mayan cities. Although the Yucatán alone has many other Mayan sites, none of them has captured the attention like it before. 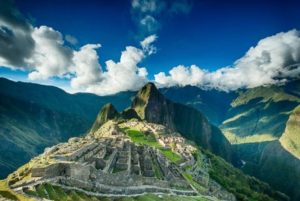 It was built by pre-Columbian culture-Machu Picchu is a remote ruin of Inca high altitude (2430 m). Although it is often referred to as a lost town, it was more probably built in the mid-15th century as a estate for the Inca emperor Pachacuti.

After being lost about 100 years later during most of the Spanish conquest, thanks to American history Hiram Bingham, Machu Picchu wasn’t brought back to the public eye until 1911.

The remnants of the old walls and the sharp peaks providing the backdrop make Machu Picchu a beautiful locale.