EDM (Electronic Dance Music) means all music produced by electronics. Lately, it was not so popular, but in the following years, the popularity of EDM has increased globally. The person who produces or plays this type of music is called a DJ or Disc Jockey. So, for all EDM lovers, we’ve prepared a list of the best DJs in the world in 2022 or let’s say the best Jockeys records in the world.

We made the list of the Top 10 Best DJs in the World in 2022 based on their fans on social media and their music. So, without further ado, let’s start with the list.

These are the Top 10 Best DJs in the World currently in 2022 and their best songs; 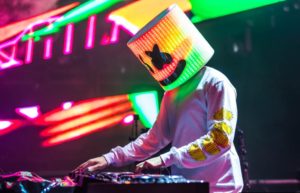 Starting with the 10th best DJ in the world on the list, Marshmello, who is a rising DJ, and an Electric Dance Music Producer. You may know him for the DJ who wears a dead marshmallow helmet on his head. The best thing about him is that no one knows who the person behind the helmet is. It is said that the person behind the helmet is the American Dj Christian Comstock known as Dotcom.

He was first recognized in March 2015, when he released his first song “WaVeZ” on SoundCloud. After releasing a few songs, he began to receive the support of famous DJs like Skrillex who republished his song “Find Me” on his SoundCloud page. And later, associated with many famous artists like Troye Sivan, Selena Gomez, Khalid, and many others.

Wow! See the Richest Actors in the world.

Steven Hiroyuki “Steve” Aoki is an American DJ,EDM artist and music producer. His album “Wonderland” was nominated as BEST DANCE/ELECTRONICA ALBUM for the Grammy Award in 2012. You might know him for the DJ who throws birthday cakes at fans in his live concerts. 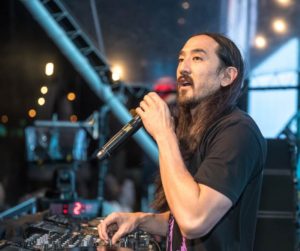 He created his own label, Dim Mak Records in 1996. After creating his own label and collaborating with many bands such as This Machine Kills, Ebullition Records, Esperanza and The Fire Next Time, he did not stop making good music. He has associated with many famous artists such as Will.i.am, Afrojack, LMFAO, Linkin Park, Iggy Azalea, 2 Chainz and many more.

Nick Van De Wall “Afrojack” is a French DJ, remixer, music producer and songwriter. You might know him for the DJ who measures 2.08 m. He started the Dj’ing at the age of 14 in local pubs and clubs. In 2007, Afrojack released his first song “In Your Face” under his stage name Afrojack.

He became internationally famous after releasing the song “Take Over Control” starring Eva Simons. He has been in many hit singles such as Pitbull’s Give Me Everything and Beyonce’s Who Run The World. His recent massive hit was Hey Mama starring David Guetta, Bebe Rexha and Nicki Minaj. He’s the 7th best DJ in the world.

He has associated with many famous artists such as Pitbull, Beyoncé, David Guetta, Hardwell and many more.

David Guetta Pierre “David Guetta” is a French DJ, remixer, record producer and songwriter. You may know him for the Zoning out during his set at Tomorrowland in 2014. He is known as the”Great Father of the EDM”. 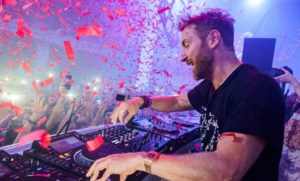 David has been making songs since the 1990s. In 2009, the song When Love Takes Over by David and Kelly Rowland was declared one of the best dance-pop collaborations of all time. This song brought him a common success.

He has partnered with many famous artists like Avicii, Alesso, Nicki Minaj, Rihanna, Afrojack, and many others.

The Chainsmokers are also among the best DJs in the world right now. It is an American duo composed of Alex Paul and Andrew Taggart. You can know them by The Chainsmokers (smokers) who do not smoke. Chainsmokers became famous for their viral hit #Selfie in 2014, and then by their other viral hit Roses in 2015. 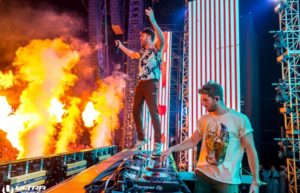 The Chainsmokers won Grammys for best dance recording for their song Do not Let Me Down. They didn’t stop making hit music, they made another Closer turn that went viral.

Their album Memories: Do Not Open includes two very good hit songs, Something Just Like This, with Coldplay and Paris. They have associated with many famous artists such as Halsey, Coldplay, Emily Warren and many others.

Tijs Michiel Verwest “Tiesto” is a Dutch DJ and music producer. You can know him as the DJ who has his wax model at Madame Tussauds in London. 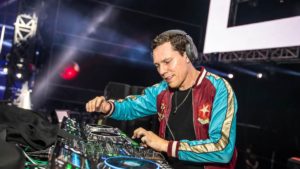 Tiesto is named as the greatest DJ of all time. He is also known as the godfather of EDM. In 1994, he began broadcasting music on the chemo and Coolman sub-labels of Noculan Records. It was presented to the public by remixing Delerium’s song”Silence”.

He has partnered with many artists such as Gouryella, Kamaya Painters and Armin Van Buuren.

Robert van de Corput “Hardwell” is a Dutch DJ, remixer and record producer. You may know him for his famous judo skills. 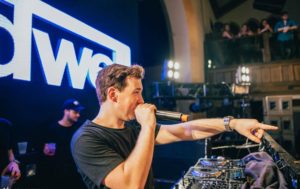 Hardwell’s career began in 2009 when he made a bootleg of”Show Me Love Vs. Be”. He founded his label Revealed Recording in 2010, and a Hardwell On Air radio and podcast in 2011.

He has partnered with many artists such as Martin Garrix, Jason Derulo, Dimitri Vegas and Like Mike.

Armin Jozef Jacobus Daniel Van Buuren “Armin Van Buuren” is a Dutch DJ, remixer and record producer. Grammy Award nomination for his single “This is what it feels like” in 2014 as Best Dance Recording. 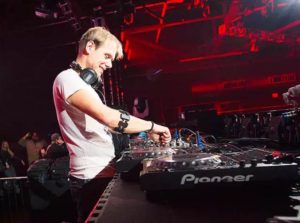 He hosts a weekly radio show called The State Of Trance, which takes place in 84 countries on more than 100 FM radio stations. People say the radio show has earned him fame all over the world.

Dimitri Thivaios and Michael Thivaios (Dimitri Vegas and Like Mike) are Belgian DJs and music producers. You can know them to be the undisputed kings of Tomorrowland.

Dimitri and Like started DJing very young in small clubs and they were the first DJ of beat Fm radio. They were under-recognized when they remixed the song “Rotterdam City Of Love” that made them known.

They have associated with many artists like Hardwell, David Guetta, Martin Garrix and many others.

Martijn Gerard Garritsen(Martin Garrix)is a Dutch DJ, musician and record producer. You might know him to become a global superstar before his 18th birthday. Martin Garrix is the best DJ in the world in 2022 and this year’s Number 1  DJ. 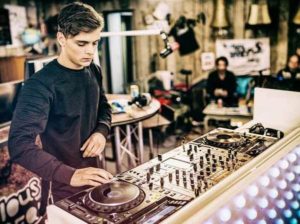 Garrix was discovered by Tiesto. He became famous for his hit Animals which went viral, released in 2013. His recent hit song was So Far Away in collaboration with David Guetta.

In 2016, he created his own label STMPD RCRDS after leaving Spinnin ‘ Records. Now it is in a deal with Sony Music.

He has teamed up with many artists such as Bebe Rexha, Troye Sivan, Dua Lipa, David Guetta and many others.

So that was the list of the top 10 best DJs in the world in 2022, Martin Garrix tops the list as the world’s best DJ.