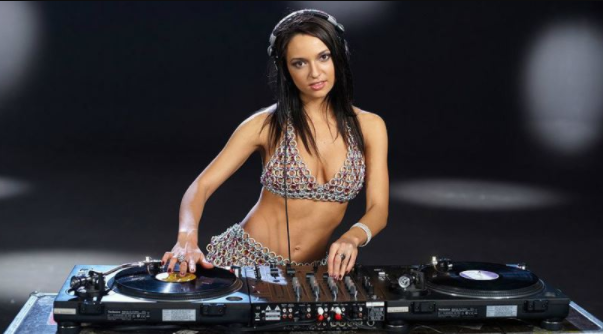 Best Female DJs in the World

You could suppose that guys dominate electronic dance music. But what women have provided on the scene will surprise you. That’s why we were delighted with the list of today’s world’s top women DJs.

You are wrong if you think that ladies are new to electronic music and lack abilities and talent. You won’t be able to see any huge festival or club worldwide that won’t include a few women musicians.

The challenges of being a female DJ in a scene, dominated largely by men. There are, however, a few women artists who have earned their popularity.

The list of top DJs has always been an unsolved problem for people who didn’t know what they liked. First off, music is completely subjective – no one can ever agree on who the “best” person or genre is. Second of all, it would be impossible to do the top count with just one list. That being said, peace can be achieved.

In this section, we will explore the role of female DJs in the industry and how they changed the face of electronic music and some of them would join the Top 10 Best DJs in the World.

We picked the top female DJs on our website based on popularity, DJ/mixing skills, awards, influence and other music-related occupations like radio shows, record labels and music production. 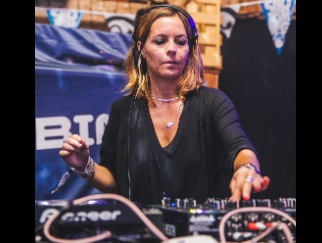 The capital of techno in Europe has been Germany. With clubs, schools and a friendly DJ techno environment. Here’s where it all begins for Anja.

Many female performers have the distinction for the best techno DJ. One of them certainly is Anja Schneider. In her DJ sets, also typically the deep house and progressive music.

By broadcasting on the KissFm and afterwards on Fritz Radio she got known to us. She built a deep atmosphere and a minimal technology sound when she began DJing and mixing, swiftly creating a big fan club. Mobilee Records was also founded by the German artist. This record company is incredibly successful and has dozens of musicians, like Maya Jane Coles, Pan-Pot and Rodriguez Jr., Audiofly and Kevin Yost.

Anja Schneider is a worldwide DJ and producer of music, offering tens of quality productions and a unique taste for music.

You have to enter if you ever participate in one of her activities. 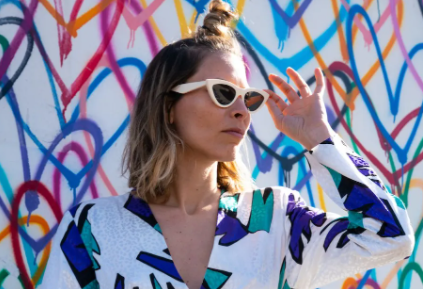 Montreal girls may be relatively new (almost a decade), but their fun club grows fast.

In order to get even more near to the musical scene of Spain and Ibiza, Anastasia and Vivie Ann traveled from London to Spaniard. Pete Tong and Depeche Mode are some of the notable names that the duo have re-mixed officially.

Ish has made outstanding music with gradual, tech-house and melodic sounds. They have released their tunes on several labels as Get Physical Music and Kompakt. 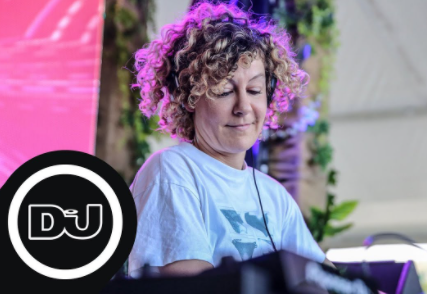 Known for her curly hair and robust temperament, tINI has a very young age of 7 with rhythms and beats.

The German DJ and producer began with DJing in underground hip hop. Her passion in electronic dance music expanded as her techniques and influence grew. Her amazing vinyl performances prove its DJing abilities and its true and deep music passion.

As she has taken on Loco Dice and Martin Buttrich, TINI is a vital element of Desolat. Only a few of the many stages she has performed, are BPM, Ultra Music and Exit. The future is enormous before her, but I would still not miss the opportunity to participate in any of her gatherings. 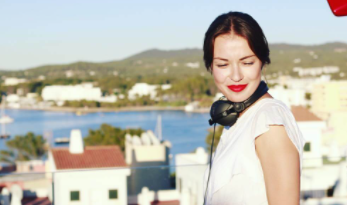 The Ukraine techno diva, DJ Nastia, has a lot of grounds to be proud. For every woman who want to walk into the stage, a young mother with long term relationships with music and DJing is a model.

DJ Nastia is a dancehall and hip-hop artist from Cameroon. She is a two-time Grammy nominee and has received numerous awards. Nastia has a growing international following and is the first female DJ to have a residency at Miami’s famed Mansion nightclub.

Nastia is also an active philanthropist who has spent her career raising awareness for the needs of impoverished children in Africa, as well as raising funds for charitable organizations such as UNICEF.

Her career began in 2005 and has been practically everywhere since. The most prominent clubs and events are on her agenda every year throughout Europe, Japan, Northern Africa, South America, Russia. Check out how to become a DJ if you want to be like Nastia.

DJ Nastia has an atmosphere and enthusiasm which is transmitted immediately across the floor. She’s a performer, an artist, a DJ. If you’re close to one of her events worldwide, attend!!! 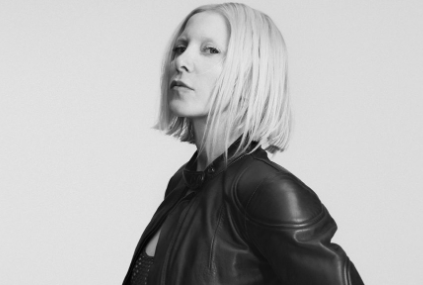 A discography of a veteran is provided by the skilled DJ and producer from Germany. Eight whole albums and many remixes and many more on their labels.

Ellen Allien is the originator and has been managing BPitch Control since 1999. A label of musicians like Paul Kalkbrenner, Maceo Plex and Hot Since 82.

You will understand why the moniker “Allien” once you listen to her sets. A combination of technology and experimental electronics makes their live performances in all events distinctive. 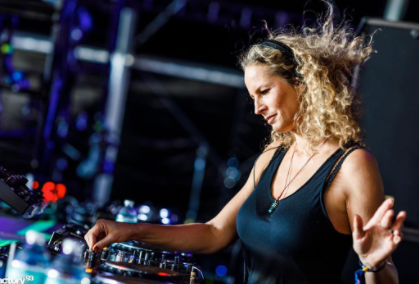 Monika Kruse is Carl Cox’s closest female DJ friend and producer of techno international. Probably she is the liveliest DJ on our list, as well as other DJs.

In renowned events and festivals such as Burning Man and ADE, Germany’s “first lady” of technology music has performed. Probably the greatest DJ to teach you to authentic techno sounds as a resident of Berghain Berlin.

Monika Kruse is a name you should know about. She runs labels like Electric Avenue and Terminal M, for which she has released tracks by Toolroom, Natura Viva, and many more. If you want to know why she’s so popular in the dance music world, just take a look at her high-profile collaborations and hundreds of pure Techno productions. Take a look at some of the best clubs to visit where you may enjoy her playing. 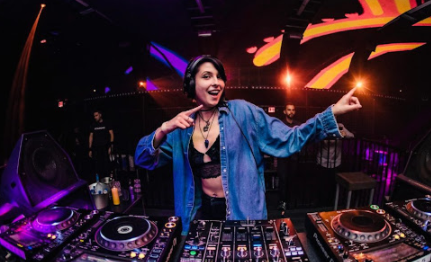 In his first musical steps in Detroit, the Polish born DJ and producer showed in the underground techno scene.

After she started travelling the world as the warm-up DJ of Richie Hawtin, her sound started developing. Her traveling schedule is packed most of the time, and if not then she will focus on her own “Item’s & Things” music production and label. His discography includes labels like Defected In The House and Hot Creations.

Magda is more an artist than a DJ, because she participates in several genres of art. In fact, she even took her Live DJ set at a 2000 meter above Zurich hot-air balloon in 2016. 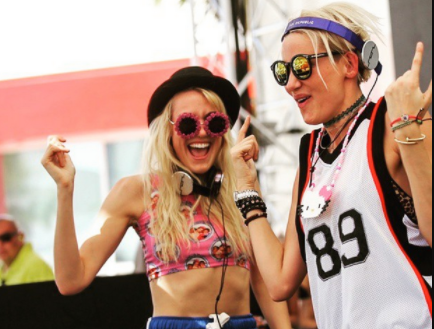 In 2008 they signed with the Swedish musical publishing company Razor Boy Music Publishing, leading to a co-authorship of the Grammatic Award-winning single “When Love Takes Over” played by David Guetta and Kelly Rowland. The duo of twin sisters Olivia and Miriam Nervo began their careers on music as songwriters.

The EDM DJ duet has been working with a respected number of record labels including ULtra, Virgin, Spinnin, Armada and many more, with the exclusion of touring and DJing at Tomorrowland, Creamfields, Ultra Music, Ushuaia, etc.

For the last eight consecutive years DJmag has also put Nervo in the world’s top 100 DJs.

Her name is connected to Techno and Drumcode. Many are giving her the Techno Queen’s title. However, the majority of female DJs on our list may have this feature.

Having “labeled” Carl Cox as the “most understate DJ” the Nigerian-born artist, her work begins to grow. She is placed in most DJ lists with appearances in the world’s largest clubs and her obscure atmosphere.

A resident of the major technology festivals such as BP M et Awakenings has become Nicole Moudaber. Her April 2014 weekly radio show was quite successful. Mood Records is the record label she founded in 2013 and is made a multi-dimensional art in her cooperation with artists such as Adam Beyer, Carl Cox and Coyu. 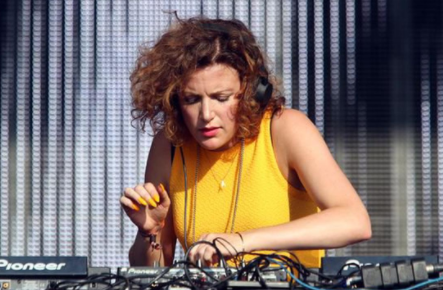 Since 2004, the British DJ’s weekly BBC Radium 1 show has been famous all around the world. More than a million people are listening to her two-hour broadcast. It is true.

Annie Mac is a British DJ and record label owner who hosts a weekly radio show on BBC Radio 1.

Annie was the first female resident DJ at Ibiza’s Pacha nightclub. She has been a resident at Ministry of Sound, Cream, Gatecrasher and The End amongst others. In 1998, she became the first female DJ to have her own show on BBC Radio 1. She has been nominated for two Brit Awards. In 2011, Annie was awarded an honorary Doctorate from the University of East Anglia for her contribution to music and society.

In April 2018, Annie announced that she will be going on hiatus from her radio show, but still plans to continue working as a touring DJ with live shows across the globe in 2019 and 2020 before retiring from DJing.

Annie Mac showed little interest in the production of music, yet it didn’t reduce her to a DJ. It’s an authentic novelty with DJ expertise since 17 and influenced by musicians like Laurent Garnier, Andy Weatheralls and Green Velvet. 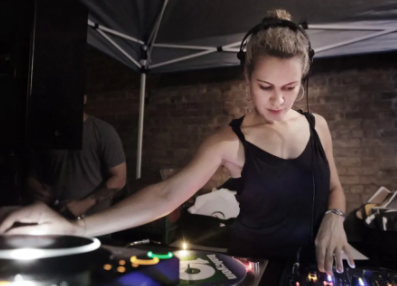 Many of them learned Cassy at the Berghain Panorama Bar from her residence. Born in the United Kingdom, she lived in Austria and was later brought to work in Berlin in 2003.

She then sat in a studio with DJs and producers like Ricardo Villalobos, Luciano and Steve Bug following her initial steps to Germany as a House and Minimal Dj. Cassy is both a DJ and music producer. She has been working in the industry for over ten years now. Cassy started out as a radio DJ at the age of 17.

You may not be seeing her at the world’s top and busiest festivals, but Cassy will be seen as a DJ in numerous clubs across the world. 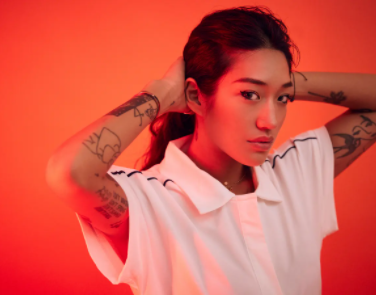 The South Korean techno girl is a DJ and no other music producer. She began her rapid popularity in London, now living in Germany, although she still lives in DJing worldwide.

It’s not going anywhere, and many music producers try to “create” its music style without its favored Ableton Live. Also in 2019, she created Gudu Records, her own independent label.

You will find her on Tomorrowland’s and Creamfield’s major dance and music clubs. events.

She is best known for her song “I Don’t Dance” which reached number one on the US Billboard Hot Dance Club Songs chart.

She was born in Harbin, Heilongjiang to two parents who were both musicians. Her father, Chen Yuyan’s family had been playing the dizi (a Chinese bamboo flute) since the Tang Dynasty. Her mother, Xu Xiuwen’s family had been playing the erhu (a two-stringed violin). Peggy grew up learning music from her parents and practicing with them on stage as a child prodigy vocalist. At the age of 13 she became a member of China National Ballet Troupe in Beijing where she danced until she was recruited to join the world-renowned Dance Theatre of Harlem.

Many young DJs like the ladies above most probably wish to follow a career. You shouldn’t be your major objective as the highest paid female DJs like Paris Hilton. You will need the resources to become an actual DJ, so the best DJ installation is available for the famous DJs. Remember good Camelot wheel mixing abilities.