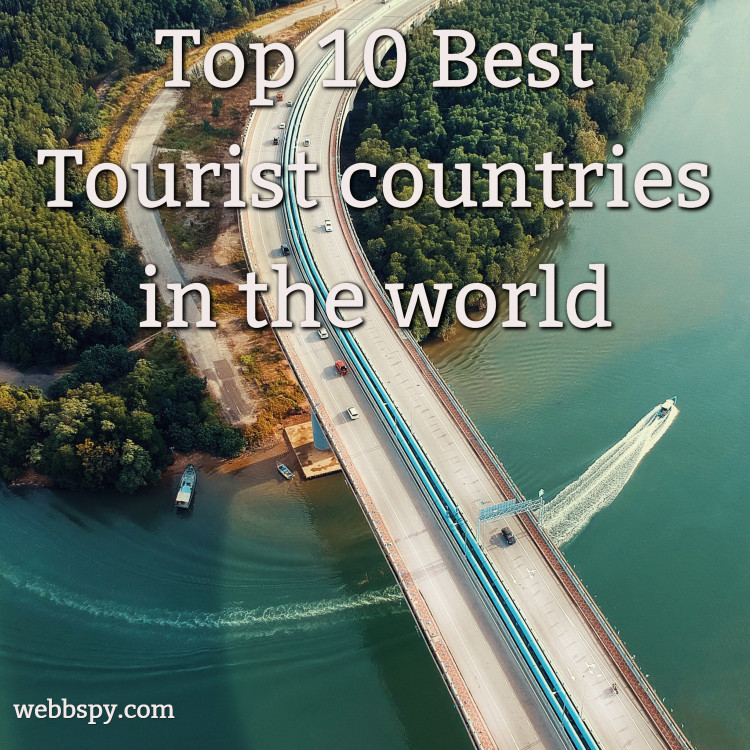 The best tourist country in the world in 2022 has been decided!

US News & World Report, an American weekly magazine, has published a ranking of countries that are generally good to look at. 16,200 people in 60 countries, “stimulus and adventure”, “national consciousness”, “cultural influence”, “entrepreneurship”, “history and cultural heritage”, “market openness”, “dynamics”, “influence in the international community”, Quality of life” is a ranking evaluated from a multifaceted level from the criteria of the nine fields and the standards.

The tenth best tourist country in the world in 2022 is “Denmark”, a Nordic country known as the advanced welfare state. its “quality of life” and “Public awareness” have made it to be ranked as the third place out of 60 countries. Even though it is a small country with a population of about 5.6 million, it seems that a highly transparent and stable politics is creating a wealth that can be seen in the international community.

Ithioshi Tourist Spot: The Statue of the Little Mermaid

The statue of the Little Mermaid is said to be one of the three most disappointing places in the world. This bronze statue was set up in 1913 with the motif of Andersen’s fairy tale The Little Mermaid in Copenhagen, Denmark. It has been broken many times since 100 years have passed, but it has been repaired many times, and it still exists.

The ninth-best tourist country in the world in 2022 is “Netherlands”, a country familiar with windmills and tulips. It aims to be a “tolerant society” and is the first country in the world to legalize same-sex marriage in 2001. The Netherlands, which has a free spirit of drug and prostitution, is ranked fourth out of 60 countries for “public awareness” and fifth in quality of life.

The Van Gogh Museum consists of more than 750 works of art donated by van Gogh’s family. There are many works that everyone has seen, such as “Himawari” and “Yellow House”, and it is a tourist spot where van Gogh’s short life is condensed.

The eighth-largest country in the world has the most tourists, and France is a country of culture and art. As the image of France, “cultural influence” is ranked first among 60 countries, and “history and cultural heritage” is ranked in the fourth place. About 83,020,000 tourists visit the area each year, ten times as many as in Japan.

The entire island is a monastery and is a UNESCO World Heritage Site. In the evening and at night, the beautiful light-up is superb. At high tide, the road was not swallowed by the sea, but now it is possible to visit at any time because the embankment was built.

The seventh-best tourist country in the world in 2022 is Japan, which we are proud of. Japan’s most highly regarded field was entrepreneurship, ranked second out of 60 countries. The rankings in the other eight fields are “Stimulus and Adventure”, “National Consciousness” is 14th, “Cultural Influence” 6th, “History and Cultural Heritage” 7th, “Market Openness” 22nd, “Driving Force” 5th, “Influence in the International Community” 7th Quality of life.

Miyajima has been the object of nature worship for people since ancient times. The center of Miyajima is the famous Itsukushima Shrine, and the large torii of the vermilion floating on the sea has a strong impact on tourists. It got registered in 1996 as a UNESCO World Heritage Site.

The sixth best tourist country in the world in 2022 is Australia, which coexists with animals with its own ecosystem and majestic nature. Because of the active national character with a large sports population and the world’s highest livability, “quality of life” is ranked in the country, “national consciousness” is ranked 5th, and stimulation adventure is ranked sixth.

“Ayers Rock” is revered as a sacred place for indigenous People in Australia. It is one of the largest monoliths in the world with a height of 348 m. It seems that the part which goes out to the surface of the earth is about five of the whole though it is such a huge.

The fifth best tourist country in the world in 2022 is Sweden, which has won the respect of the international community through its welfare-focused policies. Much of the tax is spent on public services, and medical care and university education are free. Sweden was highly regarded as the “public consciousness”, ranked first among 60 countries, followed by quality of life and market openness.

In the center of the cylindrical building is the Stockholm City Library, surrounded by 360-degree books inside. It is a tourist spot that is said to have laid the foundation of the Northern European modern architecture because of its architectural beauty. It is a recommended place to visit even if you are not a nordic architecture fan because anyone can enter.

The third best tourist country in the world in 2022 is “America”, which continues to reign in the center of the world. The United States, which has the world’s strongest economic and military power and an unwavering presence in entertainment such as film and music, is ranked no. 1 in 60 countries for its influence in the international community. Next, “cultural influence” and “entrepreneurship” are the third place.

The second best tourist country in the world in 2022 is “Britain”, where old history, tradition and state-of-the-art culture coexist. Before the United States took control of the world, the uk was ranked fourth out of 60 countries in the “entrepreneurial spirit”, followed by “cultural influence” and “influence in the international community” in fifth place. public awareness.

The British Museum is one of the world’s largest museums with ukiyo-e paintings from Japan. There are so many exhibits that it is almost impossible to see a permanent exhibition alone in a day. Famous museums and museums charge an entrance fee, but the British Museum is free of charge.

The second best tourist country in the world is “Canada”, where rich nature and developed cities coexist. In 1971, we introduced a multicultural policy and adopted a policy of respecting the culture of each and every person living in Canada.

Canada received a high rating in quality of life in the first place out of 60 countries, followed by “public awareness” in second place and third place for market openness.

Also see the most expensive places to live in Canada.

The best tourist country in the world is “Germany”, a country with various histories. Germany, Europe’s largest population and economic powerhouse, has an important position in the telecommunications, medical and tourism services industries, as well as the automotive industry. Germany was the most highly regarded for its entrepreneurship, ranked first in 60 countries. In addition, “influence in the international community” is ranked in fourth place.