Youtube is such an amazing worldwide video platform that is owned by a parent organization known as Google and has its headquarters in San Bruno, California. Google bought Youtube in November 2006 for a whooping sum of $1.65billion. Youtube runs on a form of advertising from google known as Google Adsense and this is the way the users of the video streaming software make their money.

However, Youtube has helped lots of musicians and has exposed them to a wider audience beyond expectations. Some musicians made it to the spotlight just by posting a video on Youtube. Music Artists have gained a lot of recognition by gaining many subscribers and views on their youtube videos. There are highest paid Youtube musicians and there are upcoming youtube musicians as well.

In this post, I will be listing the Top 10 Youtube Musicians in The World in 2021, ensure to drop your opinions about these artists and their songs on the comment box below.

These are the Top 10 Youtube Musicians in The World 2021: 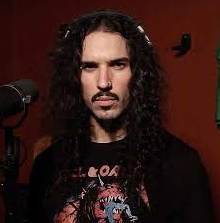 Eric Calderone is his real name and he is a guitarist from the United States. He is known for his various YouTube videos in which he performs heavy metal cover versions of popular songs, film and television themes and soundtracks for video games.
When he uploaded a metal cover of the Lady Gaga song “Bad Romance” on October 21, 2010, a big rise in Calderone’s viewership on YouTube began. In December 2015, Calderone earned a degree with a music degree from the University of Tampa. He has since posted videos playing many remixes of songs and soundtracks, as well as the Gotye song. “Somebody That I Used to Know”, the Carly Rae Jepsen song “Call Me Maybe”, and the PSY song “Gangnam Style”; Film and TV themes from series like Attack on Titan, The Fresh Prince of Bel-Air, Pokémon, Game of Thrones, Star Wars and The Lord of the Rings; and music from video games like Super Mario Bros and The Elder Scrolls V: Skyrim.

His most-watched video is his metal version of Disney’s “Let It Go” song from Disney’s 2013 Frozen film. 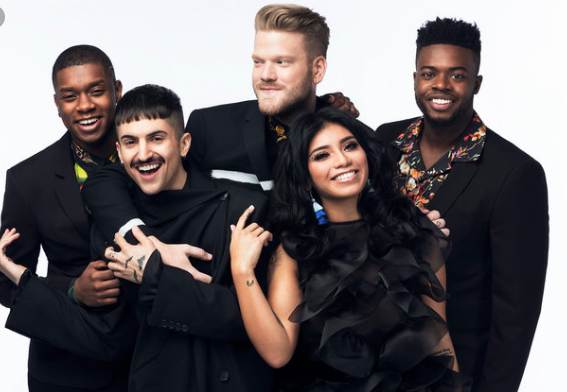 Pentatonix is an American Acappella group from Arlington, Texas, made up of vocalists Scott Hoying, Mitch Grassi, Kirstin Maldonado, Kevin Olusola, and Matt Sallee. They’ve won the Best Country Duo / Group Performance Grammy Award.
After Sony’s Epic Records dismissed the band after The Sing-Off, the band formed their YouTube channel and released their songs via Madison Gate Records, a label founded by the group owned by Sony Pictures. There are currently more than 17 million subscribers and 4 billion views on their YouTube channel. As of January 2019, the group’s tribute video to Daft Punk had garnered more than 310 million views. 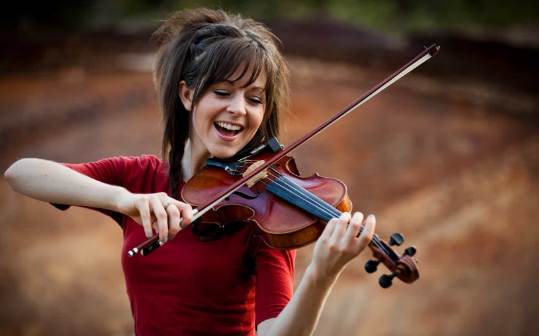 Lindsey Stirling is an American violinist, actress, songwriter and dancer who performs choreographed violin performances on her eponymous YouTube channel, founded in 2007, both live and in music videos.she gained over 2.7 billion total views and 12 million subscribers on her youtube channel. 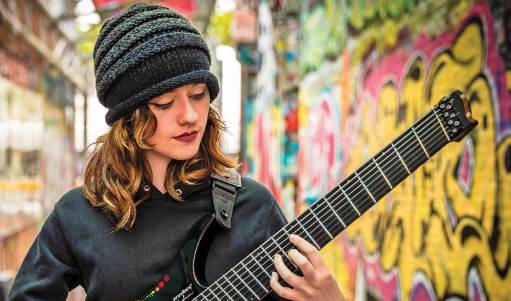 Sarah Longfield (1 October 1994) is an American guitarist from Madison, Wisconsin, and former lead singer of the progressive metal band The Fine Constant. Guitar World classifies Longfield as one of the world’s best seven- and eight-string guitarists and is currently signed with Season of Mist Records. it’s no surprise she is on the Top 10 Youtube Musicians in The World 2021 list.

Since 2008, Longfield has been uploading cover song videos and her own original music to YouTube, and now her channel has over 100 videos, over 175,000 subscribers, and almost 13 million views. 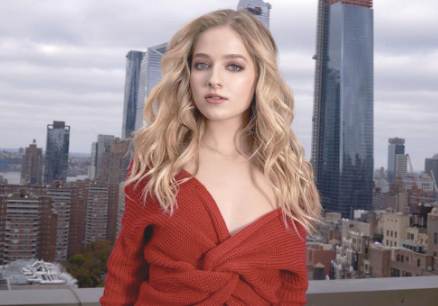 Jacqueline Marie “Jackie” Evancho is an American classical crossover singer who earned a great deal of recognition at an early age. Since 2009, she has released a platinum-selling EP and eight albums, including three Billboard 200 top 10 debuts.
The height of Jackie Evancho is 5 ft 1 inches and her ancestry is German, Italian, Polish, Ukrainian and Slovak. She is estimated to have a net worth of $5 million in 2021. Not only is Evancho limited to music. 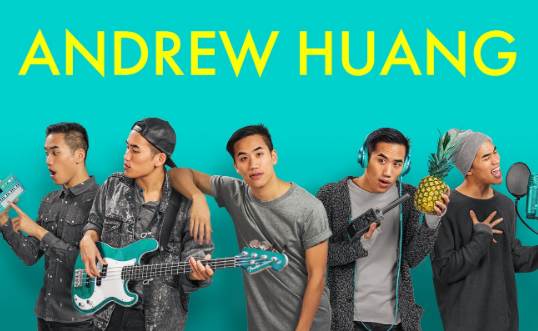 Andrew Huang is a musician, video producer and celebrity of YouTube from Canada. He is renowned for his video series “Song Challenge,” challenging viewers to challenge him in musicianship feats, as well as for many viral videos featuring his songs. 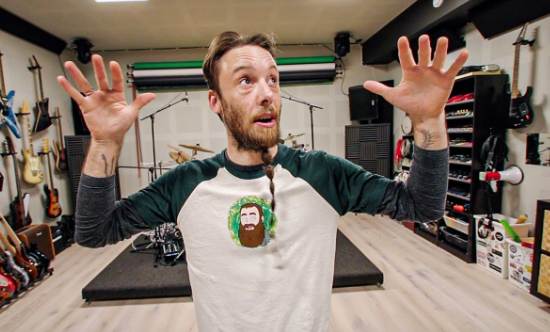 For his video “Poker Face (metal cover by Leo Moracchioli),” Moracchioli first went viral after he posted it on October 15, 2013 and gained over 12 million views. 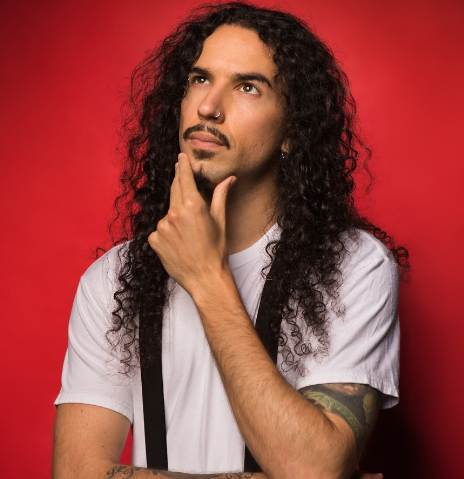 Anthony Vincent Valbiro (born September 21, 1987[ age 32]), better known online as Ten Second Songs, is a musician known for performing song covers in various styles. He’s most famous with his “Ten Second Songs 20 Style Covers” uploaded to his YouTube channel which reached a million subscribers within seven months. He merits being on the Top 10 Youtube Musicians in The World 2021.

The reason he created his YouTube channel was primarily to advertise his services on the website, but he did not imagine how famous it would become until he posted his first YouTube video (Katy Perry-Dark Horse). He still produces songs on his blogs, but he does not have as much time as he used to devote to the project. 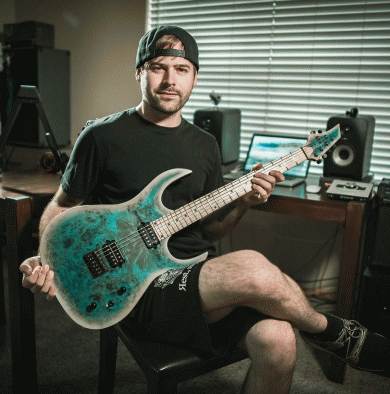 Jared Dines (born: 6 October 1989) is renowned for his covers and comedy-related videos on YouTuber. Jared Dines is also a musician in addition to his YouTube career. He is the former vocalist for the band Dissimulator, and formerly the drummer for the band Rest, Repose, and after a line-up change he took over the guitar. Although he left this role recently because of the band wanting to go on a tour for 4-6 months every year. He is a top youtube artist of 2021.

He posts metal covers of non-metal songs, songs-related comedy and original videos due to their series of videos posted to Dines ‘ site, he is often mistaken as Jarrod Alonge.
Following his cat, Joe, his first recording studio was named Joes Studio.
He’s best known for his video ‘ 10 metal styles,’ which went viral on various social media platforms. 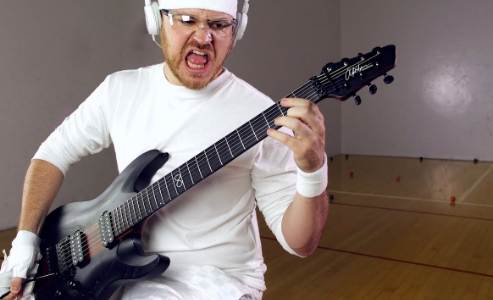 Rob Scallon is a guitarist who plays on his YouTube channel creative originals as well as covers of the songs of various artists. He also played on his channel the banjo, ukulele, cello, and drum kit. He is the number one on the Top 10 Youtube Musicians in The World 2021 list.

The very first youtube clip Rob ever posted was labeled “Daisy (music video),” and he did so on August 9, 2007. Two of his most viewed videos are covers of songs by Slipknot and Slayer. He plays banjo on the first, and with a ukelele he covers the song “War Ensemble” on the second.
He made a video called “YouTuber Theme Songs” to produce songs for Internet celebrities like Freddie Wong, Michael Aranda, Hank Green, Charlie McDonnell, Rhett and Link.
As of 2019, Rob haD Garnered over 1.8M subscribers on his YouTube.