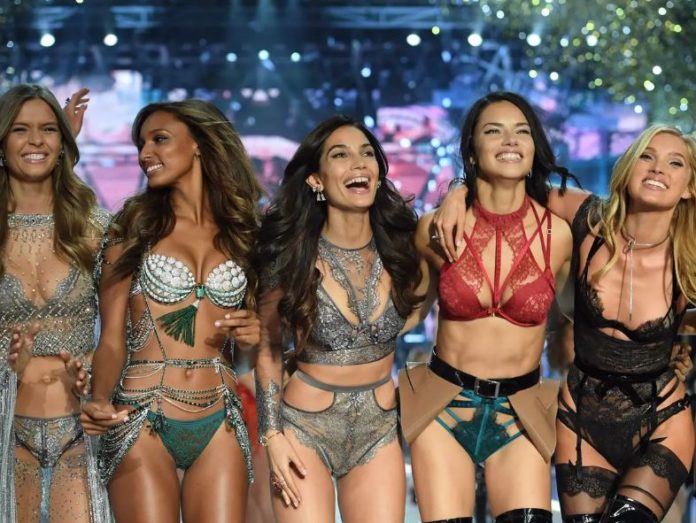 Victoria secret is an American designing company founded in 1977 by Roy and Gaye Raymond. A company manufactures and markets women’s lingerie. They’re also deal with beauty products and women’swear.

Victoria’s secret is a big international lingerie wears brand. Even though in recent times it has closed over 53 stores but that only makes up 4% outfit 1,143 Victoria secret stores worldwide. Victoria’s secret company is worth about 1.1 billion dollars.

Now we are going to have a look at the hottest and sexiest Victoria secret angels in 2020. Victoria Secret Angels differ from the models this is because even in the past models were seen wearing wings but that doesn’t happen right now. This means that not all Victoria secret models are angels you might see a lot of models during their shows the angels are very few and those are the selected 16 angels we are going to be talking about today.

The Victoria Secret Angels make a whole lot of money depending on the contract one has with the company. According to Forbes, some of the Angels make up to $10 million.

Let’s take a look at Best Victoria’s secret angels in 2020;

Here are the sexiest Victoria’s secret angels in 2020 and their net worths; 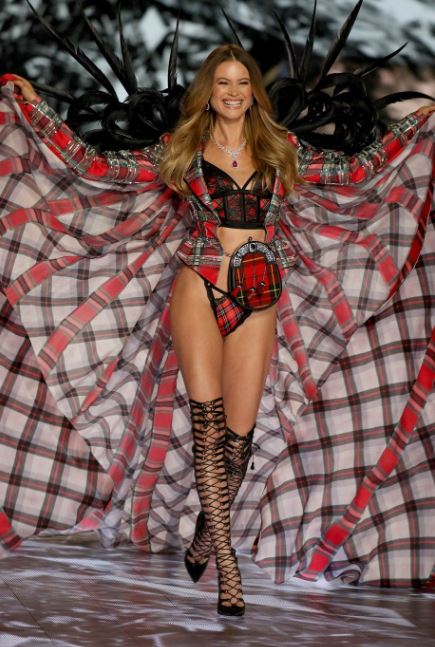 Famous for her cheeky grin and playful nature on the catwalk, the Namibian supermodel has been a Victoria’s Secret Angel since 2009. She’s also the wife of Maroon 5 lead singer, Adam Levine. Behati Prinsloo’s net worth in 2020 is $14 million. 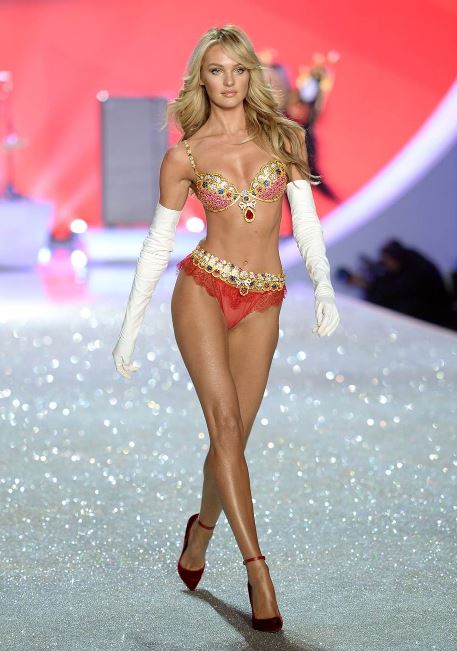 Back in 2010 the South African supermodel became the Secret Angel of Victoria. A mere three years later, at Victoria’s Secret Fashion Show 2013, Swanepoel wore the “Fantasy Bra.”The 10 million dollar bra, nicknamed the “Royal Fantasy Bra”, displayed a matching belt with more than 4,200 preceding gems including 18-karat gold diamonds, rubies and yellow sapphires. In 2016, she was listed 8th on the Forbes top-earning models list. Candice Swanepoel has an estimated net worth of $30 million. 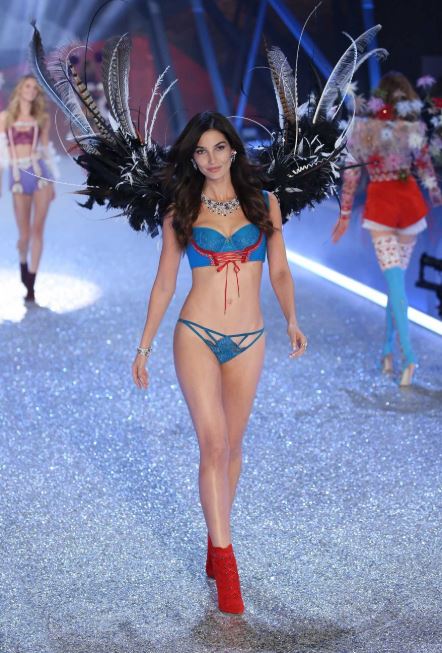 Lily Maud Aldridge is an American model widely known for being a Victoria’s Secret Angel from 2010 until 2018. Born in Los Angeles, California, Lily Aldridge grew up within a family of models and fashion photographers. She began modeling when she was seventeen, and booked with Abercrombie & Fitch her first major campaign. In 2014, she also featured in the Sports Illustrated Swimsuit Issue along with Chrissy Teigen and Nina Agdal for the cover of the 50th anniversary. Lily Aldridge is an American model who has an estimated net worth of $8 million in 2020. 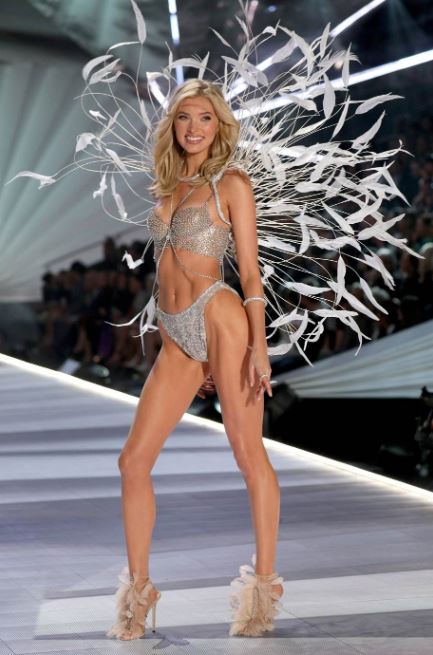 Named a Victoria’s Secret Angel in 2010, the Swedish model has featured in many of the ads of the lingerie giant, including the PINK branch. She has also played professional basketball in Sweden, and is working to support FAIR Women, an anti-trafficking group.  Elsa Hosk is a Swedish model who has an estimatd net worth of $4 million in 2020. 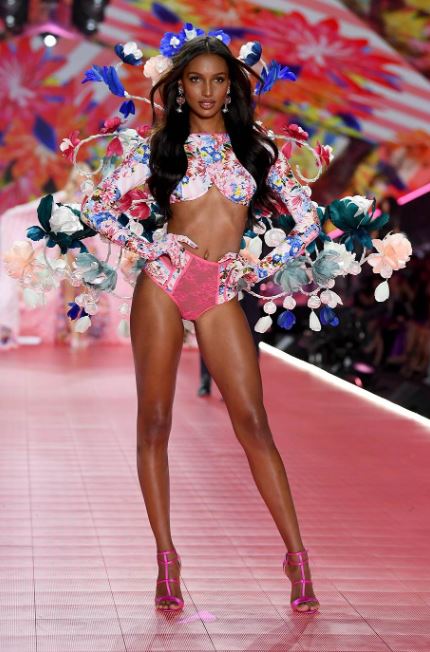 The American model, who was born and raised in California, did gymnastics for 10 years before becoming a model at age 15. She then went on to do commercial campaigns for UGG Australia and Gap as part of the 2012 fashion show, making her foray into Victoria’s Secret world. Jasmine Tookes’s net worth is estimated at $6 million dollars in 2020. 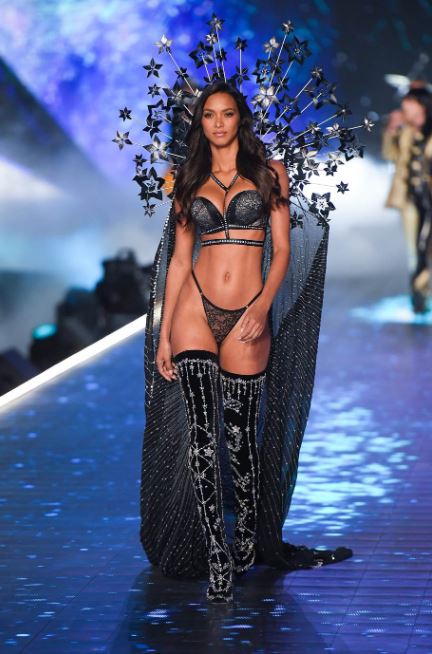 The Brazilian beauty had been schooling to become a nurse before she became a model. She has since walked major international runways for designers like Chanel, Louis Vuitton and Gucci. Ribeiro made her Victoria’s Secret debut in 2010, missing only the 2012 show due to a sprained ankle. Lais Ribeiro net worth is estimated at $2.7 million dollars as in 2020. 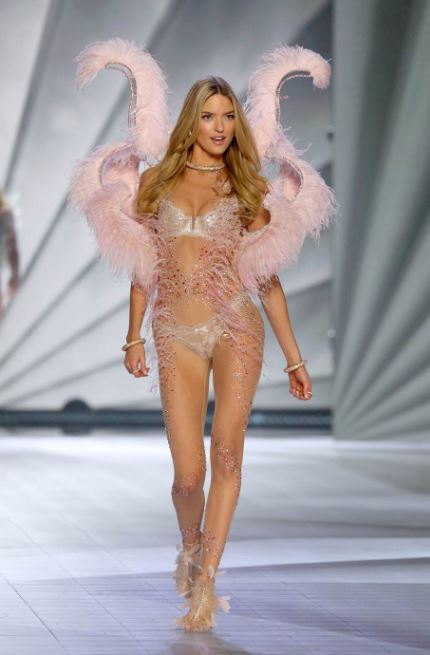 An angel since 2015, Hunt has been posing for some of the world’s top designers including Balmain, Louis Vuitton and Oscar de la Renta in over 180 catwalks. Hunt also has scoliosis, regarding which she said: “Scars are uniquely beautiful and they tell a glorious tale about you. I have a long one on my lower right abdomen and down my back.” Martha Hunt is an American fashion model who has an estimated net worth of $3 million in 2020. 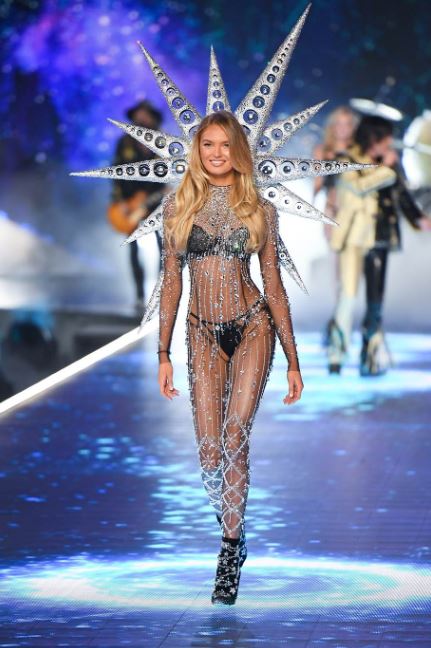 Strijd began her Secret Victoria journey in 2014, only to become an official Angel the following year. She has featured in ads for numerous high fashion brands, including Alexander McQueen and Carolina Herrera.

In 2015 the 23-year-old brunette joined the Secret Angels line-up of Victoria’s elite. Hill started modeling when she was spotted by a photographer in a Colorado barn and since then, among others, she has been posing for Versace, Miu Miu, and Chanel. Romee Strijd has an estimated net worth of $1.5 million. 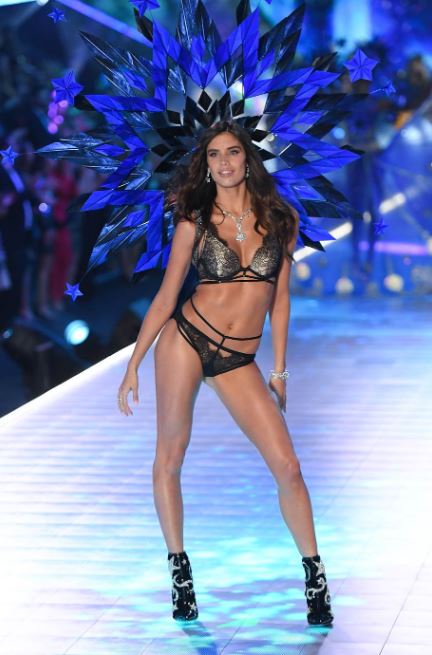 In 2013 Sampaio walked first for the lingerie juggernaut. Apart from being a Victoria’s Secret Angel, the Portuguese model and actress was also a beauty ambassador for Giorgio Armani and appeared in Sports Illustrated’s 2014 swimsuit issue.
Strijd began her Victoria’s Secret Journey in 2014, only the next year to become an official Angel. She has modeled for numerous high-fashion brands, including Alexander McQueen and Carolina Herrera in advertisements. Sara Sampaio net worth is $3 million (USD). 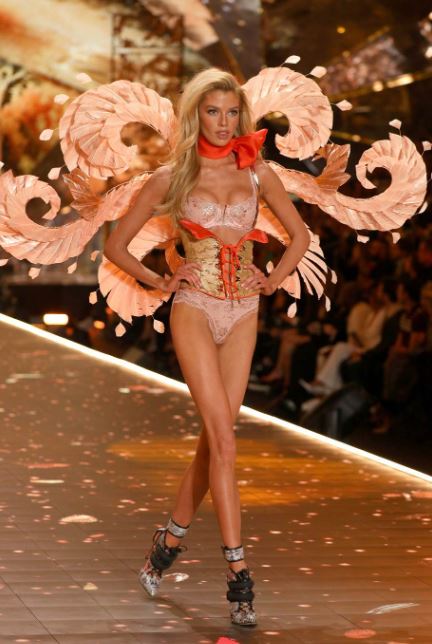 The Belgian-born, New Zealand-raised, Northern Irish model walked to Victoria’s Secret for the first time in 2014, becoming an Angel only a year after. For the likes of Karl Lagerfeld, Alexander McQueen and Roberto Cavalli, Maxwell has posed. She has also previously dated Miley Cyrus and Kristen Stewart. Stella Maxwell is a belgian model who has an estimated net worth of $1 million dollar as in 2020. 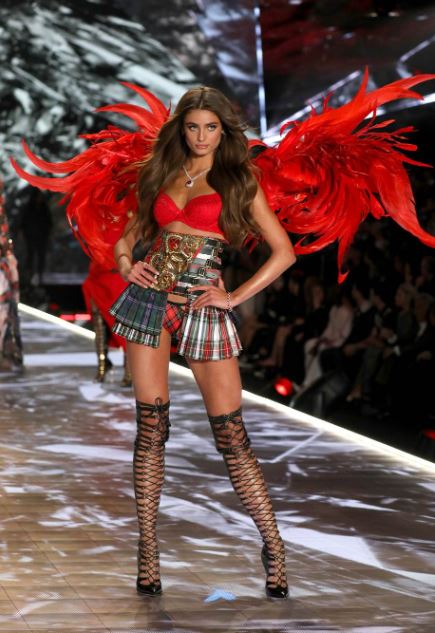 The 23-year-old brunette joined the Secret Angels line-up of Victoria’s elite in 2015. Hill started modeling when she was spotted by a photographer in a Colorado barn and since then she has been posing among others for Versace, Miu Miu and Chanel.

The Brazilian beauty had been studying to become a nurse before she became a role model. Since then she’s been walking major international runways for brands including Chanel, Louis Vuitton, and Gucci. Ribeiro made her Secret debut at Victoria in 2010, only missing the 2012 show due to a sprained ankle. Taylor Hill has an estimated net worth $6 Million Dollars as of 2020. 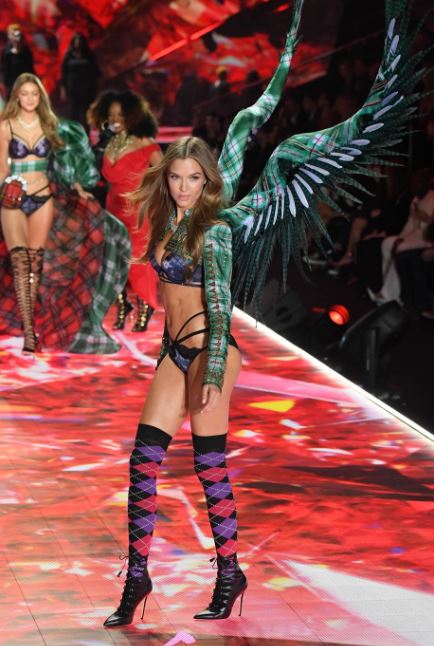 Having made her Victoria’s Secret debut in 2011, the Danish model posed for some of the world’s biggest brands including Prada, Alberta Ferretti, Valentino and Christian Dior in over 300 fashion shows. She is also a vocal advocate for LGBTQ rights, acting as an ambassador for the Family Equality Council, a program that raises awareness of LGBTQ families. Josephine Skriver has an estimated net worth of about $12 million. Josephine walked through six consecutive Victoria Secret Fashion Shows. She is an Angel since 2016. 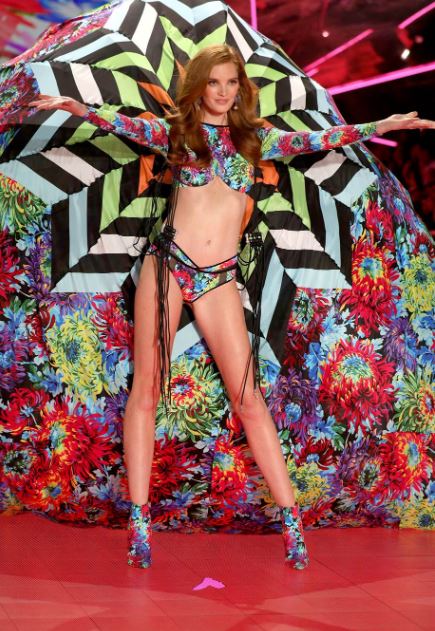 In early 2019, Graham joined the high ranks of Victoria Secret Angels, one of the newest angels to get its wings. Ironically, the English fashion model is the first ever redhead to be an Angel. Alexina Graham’s net worth in 2020 is estimated at $1.5million. 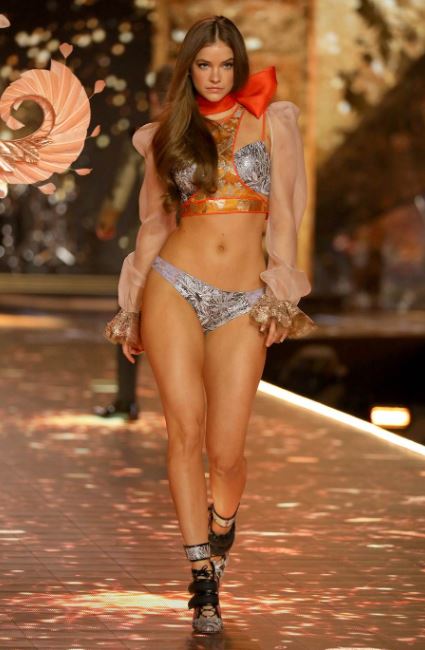 Discovered when she was only 13 on the streets of Budapest, Palvin is one of the newest Angels of Victoria’s Secret. Since 2012, Palvin has been working with the brand and is set to donate her wings this year for the first time. She currently has a relationship with US actor Dylan Sprouse. Barbara Palvin is a Hungarian fashion model who has an estimated net worth of $6 million in 2020.

See Iggy Azalea’s net worth in 2020 and full biography. 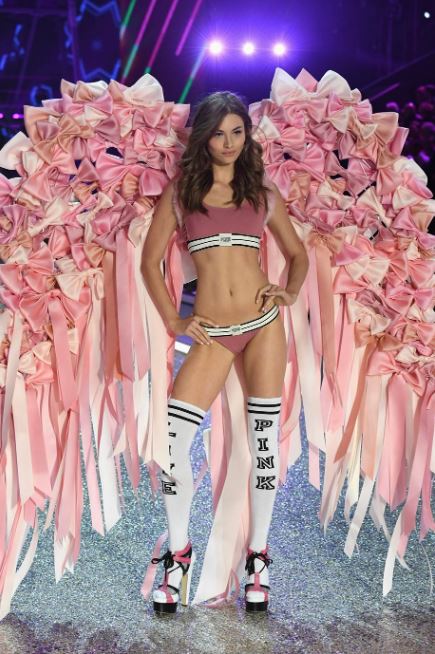 In April 2019, 22-year-old Florida native Grace Elizabeth joined her fellow new members in Barbara Palvin, Leomie Anderson and Alexina Graham with the Angels. She first walked the stage in their ‘ PINK ‘ segment in 2016, then in 2017 and 2018, she followed up with appearances. Grace Elizabeth is an American Model who has an estimated net worth of $400,000 in 2020. 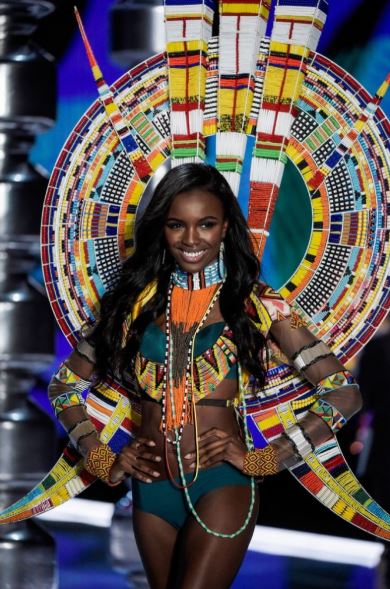 The latest draftee to join the Angels squad, the British model is from South London and has worked for Tom Ford, Chloé, Yeezy and Fenty Beauty over the course of her nearly ten-year career. Leomie Anderson is British Model who has an estimated net worth of $150,000.