Chefs specialize in cooking varieties of dishes which blows the mind of several people. Chefs don’t cook regular duties they prefer special cuisines and international delicacies to wow their customers.
While there are lots of chefs in the whole world that I can’t mention it will interest you to know that there are few best celebrity chefs from different countries who are in their best form.
While some of them own their restaurant some others just own cooking shows and channels but they have the best celebrity chef recipes.

A ranking of the best chefs in the world is constantly evolving. It is impossible for a leader, no matter how good, to stay at the forefront forever and to always reinvent himself. The fight is fierce to emerge and make a name for oneself. This list is not exhaustive, of the chefs who make a name for themselves.

On this list, you will see the best celebrity chefs in the world in 2022, about them, what they do, and the different countries they are from.

Here are the top 10 best celebrity chefs in the world and their countries 2022;

Originally from Mont-de-Marsan, this Thai boxing enthusiast grew up in a gourmet world. After completing a bachelor’s degree in literature and psychology studies, she trained in BTS before completing several internships. In 2009, she joined the Ibarboure brothers in Bidart and then joined Frédéric Vardon’s kitchens, first at 39V, then at the Park Hyatt Paris Vendôme before becoming an executive chef in France and abroad for the Corfu group. At the age of 29, she became a pastry chef at the 3-star Alain Ducasse restaurant at the Plaza Athénée Hotel (whose chef is Romain Meder). She has just been awarded “Best Pastry Chef in the World 2019″ by the World 50 Best Restaurants ranking.

Andrey works in Krasnodar. He owns the restaurants The Furnace and Ugli-Coal. The chef, of course, is he. This year he won first place in the Russian stage of the prestigious culinary competition “Golden Bocuse”. In addition, he was repeatedly the winner and winner of the Kremlin Cup.

His journey: Originally from Bourg-en-Bresse, François Perret, 38, started his CAP pastry and chocolatier in 1996 before working at the Hybord chocolate factory in Grenoble, then at the Hotel Le Meurice and the George V in Paris. In 2008, he became pastry chef at the Lancaster with Michel Troisgros, participated in the opening of the five-star Shangri-La palace before joining the Ritz when it reopened in June 2016 to take care of all the sweet spots of this institution. In 2017, he was named Pastry Chef of the Year.

François Perret offers both refined desserts on a plate at the gastronomic table L’Espadon, the great classics of French pastry revisited in a playful way – tray, cake, madeleine, cookie – as well as a tea time 100% dry biscuits whose huge success is undeniable. 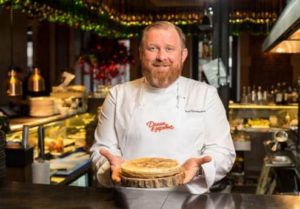 Chef and TV presenter. Well known to fans of such culinary shows as “Hell’s Kitchen” and “On Knives”. He started his journey in Moscow’s PTU No.9. He increased his skills with French and American masters. In 2010, together with chef Yuri Rozhkov, he created the “Ask the chef” school in Moscow.

Originally from Firminy, Cédric Grolet, 34, is a ball boy since his grandparents were already restaurateurs. He discovered his sweet vocation at an early age, then gradually rose through the professional ranks. In 2006, he arrived at the prestigious Fauchon house as a clerk before becoming head of research and development. In April 2011, he joined chef Camille Lesecq at the Meurice Hotel before taking over when he left.

Cédric Grolet offers creations that are very slightly sweet, but strong in flavour and with marked tastes. Its trompe l’oeil fruits, its Saint-Honoré or its Rubik’s Cake have made its reputation among professionals and social networks. While his tea-time has rightly become one of the most popular in Paris, his dessert plates are also top-flight. He has been voted Multi-Chef pastry chef of the year and even “best restaurant pastry chef in the world” by the Association of The Great Tables of the World and “Best Pastry Chef of the World 2018” by the World 50 Best Restaurants. After opening a first pastry shop in 2018 next to Le Meurice, he is about to re-offend with a second shop in the Opera District. Cédric Grolet masters all the classics of French pastry, he also creates new delicacies that have their own identity. For example, this hazelnut consists of a fluffy hazelnut biscuit, hazelnut-mounted ganache, hazelnut praline, creamy caramel, and caramel insert. Once you have tasted it, it is impossible not to recommend a second one, then a third. 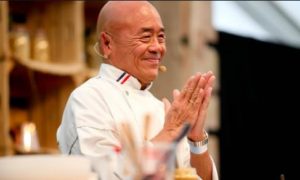 Ken Hom, who lives in France and Thailand but travels around the world happily, continues to appear as a VIP culinary expert on a regular basis. He composed new books and maintained an inclusion with restaurants around the world. He’s on the second spot among China’s top 10 chefs. A representative of the GREAT Initiative, the worldwide promotion of best Britain by the government, he brings to the table. He was endorsing each year’s battle at the Milan Expo. 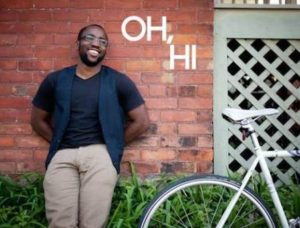 In March 2016, Wey launched his unapologetically honest dinner show, ‘Blackness in America,’ where diners discuss black culture and encounter food and stories. Nigerian cuisine was illustrated during the dinners as guests heard remarks from renowned speakers including Neil Barclay, Director of the Contemporary Arts Centre. During his culinary tours of America, Wey hosted pop-up dinners Correctly named Lagos, in an attempt to change the way Nigerian food is viewed by the world. 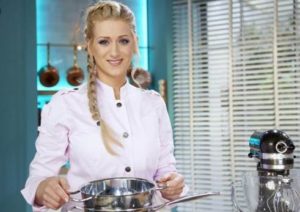 Originally from the city of Saint-Quentin (in the Aine), she began her training at the hotel school of Notre-Dame-de-Providence in Orchie (59). After a BAC pro bakery and pastry, she joined the Parisian hotel Le Burgundy, alongside Stéphane Tranchet, as pastry clerk. Then she arrives in the prestigious sweet brigade of the Hotel du Cap-Eden-Roc (06) -led by Lilian Bonnefoi – alternating with the K2 palace in Courchevel (73) -and its chef Sébastien Vauxion – during the winter season. After five seasons, she decided to live a new experience by becoming the pastry chef of Maison Lameloise in January 2019 at just 24 years of age. In 2018, Marie was crowned World Champion of The Sweet Arts along with pastry chef Loïc Beziat. 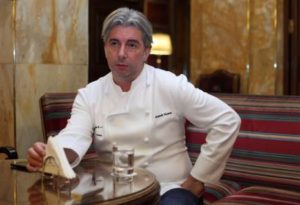 One of the best Russian chefs. Co-owner of the restaurant “Russian Seasons” in Moscow. The restaurant “Barbarians” which used to be located in its place also belonged to Anatoly Anatolyevich. In 2011, this restaurant was listed among the top 50 restaurants in the world. Chefs also did not leave unattended and added to the list of 100 best chefs in the world. 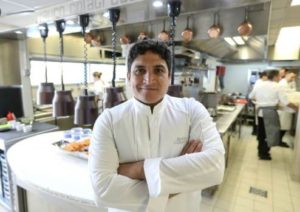 Mirazur was voted best restaurant in the world 2019

The British magazine “Restaurant” has named the title of best restaurant in the world 2019 at the “Mirazur”, located in Menton and already three Michelin stars. Its leader, Mauro Colagreco was born in 1976, in Argentina. He is trained by the greats like Alain Passard or Alain Ducasse.

In 2006, he opened his restaurant in an idyllic setting and 6 months later, he was named “Revelation of the Year” by Gault and Millau. Year after year, Mauro Colagreco has found his style in the interpretation of the products and in the contrast of flavors. Inspired by the sea, the mountains, the fruits and vegetables grown in his own gardens, Mauro invents clean, pictorial and colorful plates playing on bold textures and associations. 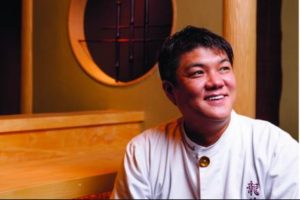 After graduating from the Kagawa School at the age of 19, Seiji Yamamoto trained in traditional Japanese cuisine and modern techniques. In 2003, he opened his own restaurant in Tokyo, Nihonryori Ryugin, and in 2008 he received two Michelin stars.

Inspired by “Wa” harmony and Japanese culture, Seiji Yamamoto offers creative cuisine deeply rooted in tradition. Using seasonal, local, and high-quality products, he creates dishes that capture the essence of Japan through taste and senses. The ritual begins with meditation and continues at the market before delighting the most refined gastronomes. Yamamoto has recently experimented with merging Japanese products with Iberian products and the result is staggering. 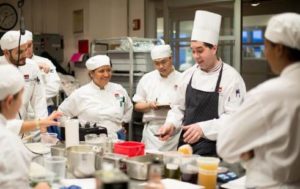 Located in Slovenia, the restaurant “Hia Franko” has been honored by the prestigious program “Chef’s Table” on Netflix. The episode dedicated to the chef Ana Roo allowed discovering this local child who almost became a champion skier before taking over, with her husband, the family restaurant.

Perched on the mountain in Kobarid, the restaurant Hia Franko is a hymn to nature. Ana’s a waitress there before she’s in the kitchen. Word of mouth does the rest and attracts a large number of locals. Its specialties are based on innovative variations based on regional recipes prepared with local ingredients. His menu is poetically titled “Trip to Heaven.” It is a magnificent tribute to the authentic products cooked by the creative Anna. 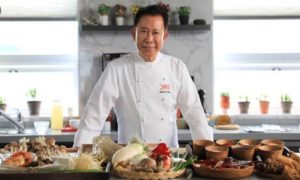 Renowned from Shanghai to San Francisco, Martin Yan is an expert culinary specialist and popular TV host. His long-lasting goal has been to advance Chinese cuisine, make it easy for the cook and sublime for the visitors. Birthed in Guangzhou in Southern China, Chef Yan is in reality a “culinarian” second age, initially enlivened by his mom in their family eatery ‘s modest kitchen.

In Lima, a couple at the head of the best restaurant in Latin America

The “Central Restaurante” opened in 2009 in the tourist district of Miraflores in Lima. It is considered to be one of the best in all of the P.A. Leon. Its owner is Virgilio Martinez Véliz, assisted by his wife, P.A. Leon.

Before becoming a chef, Virgilio Martinez trained to be a professional skater. A bad fracture led him to give up and now he is doing prowess at the “Central Restaurante”.

Virgilio offers a unique 17-course menu (with a vegetarian version). Each dish is a journey through the different ecosystems of Peru. Dishes of the marine ecosystem, products grown at an altitude of more than 4,000 meters… discoveries to be made are vast. When he’s not in his kitchen, the chef leads a group of gastronomy professionals. They study Peruvian products together in association with local producers. 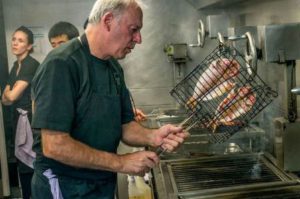 A Basque farm in Axpe is home to the “Asador Etxebarri” grill restaurant. This one has obtained the recognition of the specialized guides. Many of them call Victor Arguinzoniz “the genius of the grill”. Spanish chef Victor Arguinzoniz is the best celebrity chef in the world in 2022.

Here everything is grilled (meat, fish, vegetables and fruit) with a mastery of which this local child has the secret. In this café-restaurant retaped with his hands, this sorcerer chef handles heaps of branches, vine vines and green oak branches. In an intoxicating smell of wood fire, the dishes follow one another. If the beef rib is the star of the house, you can enjoy oysters, scallops or anchovies, all of course, deliciously grilled.