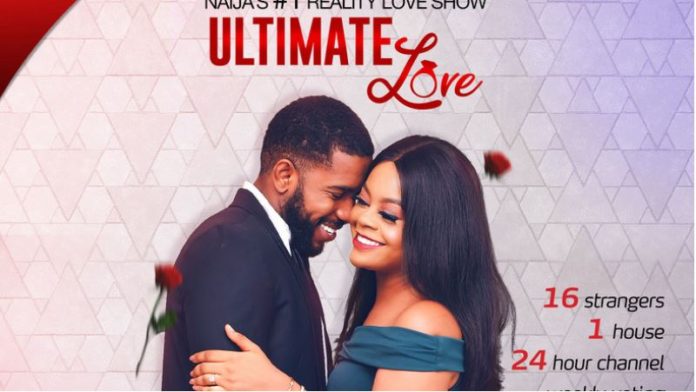 MultiChoice Nigeria is the owner of the popular Television broadcast Satelite known as DStv that produces Ultimate Love reality TV show.  Adesuwa Onyenokwe is the central eye of the reality show, due to her vast experience in broadcasting.

The show will continue to air on African magic channel. 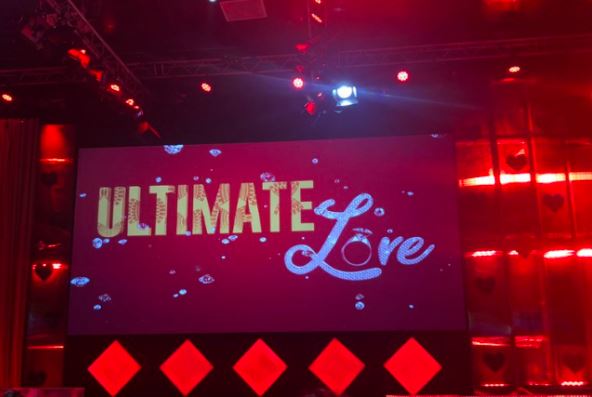 Ultimate Love is now the Nigeria’s first and trending love reality TV show, that kicked off on Sunday, February 9, 2020. It is getting quite as hot as big brother Naija and has left some viewers and social media users confused about the show and what it is all about.

The show which centers on finding love will see 16 housemates consisting of single men and women, living together in the ‘Love Residence’ for eight weeks.

These ‘love guests’ as they are referred to, are expected to find love during the show after which the winner will be rewarded with five million Naira, a house, and a sponsored traditional wedding.

The popular TV show centers mainly on finding love, the viewers will see 16 housemates made up of both single men and women, living together and cohabiting in the ‘Love Residence’ for just eight weeks.

They are called ‘love guests’ just like big brother naija have ‘housemates’, the love guests have one major goal, they are expected to find true love during the reality show after which the Ultimate love winner will be rewarded with the sum of five million Naira, a mansion, and will get a sponsored traditional wedding.

However, there are some crucial inquiries the viewers want to make:

Another question that comes to mind is if there will be the eviction of housemates. Nigerians are in the dark as to how the final couple will emerge. Yes, there will be voting, but what will be the outcome of votes. Will housemates be evicted from the house or will the 16 love guests stay in the house till the end?

What will they be preoccupied with for a period of 60 days? Having observed the activities of the new reality show for the past 24 hours, one would imagine what’s going to keep the housemates busy till the end period. What games would be introduced? What would be the tasks? How would the housemates be called to order? Who’ll play the role of ‘Biggy’ since the show fashioned after BBN?

The sixteen love guests chosen to participate in the fun and fascinating love search have very unique features that we find appealing. If you followed the show’s premiere, you will find that many of these guys are naturally introverted while others will be the’ Love Pad” life.

These guys represent essentially, every part of the country and profession sectors. The combination of medical doctors, journalists and even an actor will certainly give the audience a different feeling. While we hope these guys find love, it is also important they have fun. Okay guys, here is all you need to know about the sixteen ‘Love guests’ at the ‘Love Pad.’ 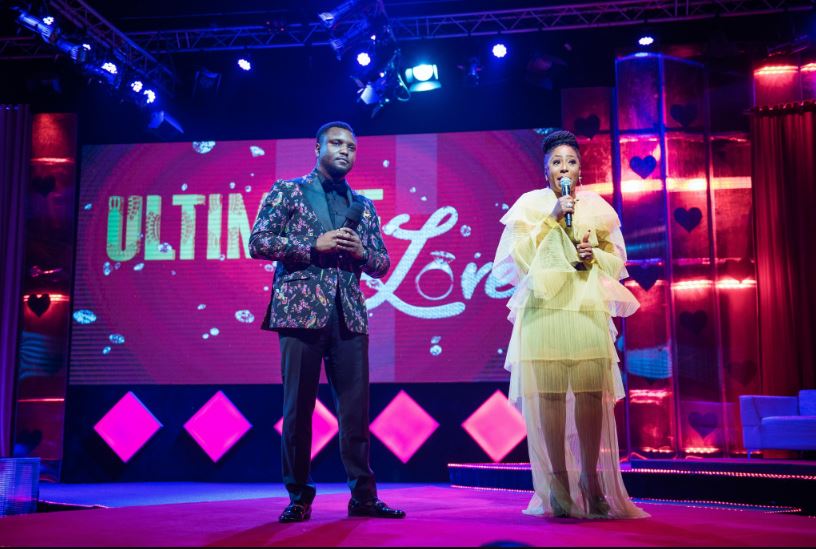 Also see the winners of Miss Bold and Beautiful Nigeria. 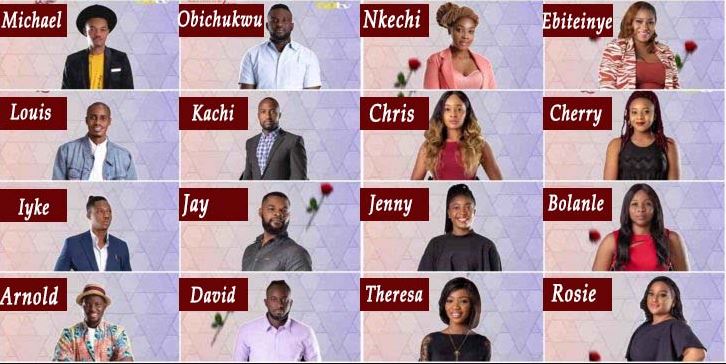 Here are the love guests on ultimate love reality tv show in 2020;

He might be young, but age ain’t nothing but a number for 24 year old Iyke! The youthful charmer knows exactly what he’s looking for on #UltimateLoveNG. Welcome to the Love Pad!

He may be young but age is no more than a number for Iyke, a 24-year-old! The cutie who is young knows exactly what he is looking for. Iyke thinks it is a big turn-on for him to just say the lovely things at the right moment.

Will this handsome engineer find the woman of his dreams in the #UltimateLoveNG Love Pad? Only time will tell. Say hello to Jay!

Jay is an engineer aged 35, from Ebonyi state. Marriage is, for Jay, all about attraction. Attraction sets a tone for increasing mental and physical capacity. Jay says he’s not going to pretend to be in the house as they’re only going to see the real Jay … no gimmicks.

Louis is a principled man who believes in a simple mantra; love at first sight is real. Now the question remains, will he come across someone in the Love Pad who’ll take his breath away? #UltimateLoveNG

The 33-year-old broadcast content creator hopes to find the love of his life in the Ultimate Love reality show. However, he thinks if he meets someone immediately, he knows if they are going to far instantly.

Nkechi is accomplished and unashamedly strong willed. It’s now up to a suitable suitor to sweep her off her feet. Will she meet the one in the #UltimateLoveNG Love Pad?

For Nkechi, Ultimate Love is finding a life partner that would last for eternity. The 29-year-old senior marketing executive believes in small gestures like gifts. ”I love surprises! You can surprise me with a bouquet or whatever accessory that would please me. Just something nice o.”

She may be a city girl but tradition reigns supreme in this Love Guest’s world. An optometrist by profession, Theresa is ready to see her future with the perfect somebody. #UltimateLoveNG

She may be a city girl but tradition reigns supreme in this Love Guest’s world. An optometrist by profession, Theresa is ready to see her future with the perfect somebody. Probably the youngest in the pad, Theresa says she won’t be having sex during the course of the show.

Tall, dark and oh so handsome, David is keeping his mind open for what might come his way. Will he find his ultimate partner? Welcome to the #UltimateLoveNG Love Pad

Obviously one of the cutest guys in the house, David is certainly going to be one of the most interesting figures in the house. The 34-year-old MC who hails from Bayelsa state says he thinks the idea of equality amongst partners should be the norm rather than the old school style of handling marriages.

Journalist Michael is ready to write his name in the journals of love. The self proclaimed charmer is out to find his beautiful boo in the #UltimateLoveNG Love Pad.

Well, Michael thinks one of his best physical qualities is his looks, we will be leaving that for the ladies in the house to judge. Even though he is a journalist, he hopes to find the love of his life outside his journals. One interesting thing about Michael is the fact that he is very traditionally updated for his age.

Could the beautiful Cherry find a love she's never experienced before? Wishing her all the best in her #UltimateLoveNG quest. Welcome to the Love Pad!

We guess Cherry’s busy schedule is the reason she hasn’t been able to lay hold of the man of her dreams. However, the 30-year-old medical doctor hopes to fall hopelessly in love during her stay in the love pad. Quick one…she has a very cute smile, guys!

Not only is she respectful, she's also absolutely beautiful! Question is, will she find the guy worthy of her love? Ebiteinye has checked into the #UltimateLoveNG Love Pad!

She is beautiful, chubby and has a smile that can lit any room. Ebiteinye is a trained accountant but wants the numbers she really wants right her now are days to her wedding and months of her wedding anniversary.

Gorgeous, bursting with joy and ready to find love! Will the beautiful Bolanle find what she's looking for? Welcome to the #UltimateLoveNG Love Pad!

Bolanle might be 35 but she certainly has the look and body of a 24-year-old woman. The serial entrepreneur is ready to meet the one in the house but wants to also have fun while connecting with the other guys.

Keep it cool, calm and collected around Obichukwu if you’re hoping to win him over. The easy going business man is open minded and can’t wait to discover his dream bae. #UltimateLoveNG

Obichukwu is a specialist in selling cellphones and gadgets but wants to spend more time on the phone with the love of his life rather than just issue reciepts. We hope he finds love in the house and gets to keep that one phone number for the rest of his life.

With his hustle on lock and the bag secured, Kachi is now ready to settle down and find the one. Could his dream come true be waiting for him in the #UltimateLoveNG Love Pad

Blessed with a smile that can melt hearts, the ever so good looking Arnold is ready and willing to do anything to find the one in the Love Pad. Will he find someone to give his last name on #UltimateLoveNG

Arnold isn’t a newcomer to the TV screens as he is a known actor and singer. Well, we think Arnold is done with the ‘baby boy’ lifestyle and is set to tie the knot. According to him, he is ready to do anything to find love in the pad and hopes he achieves that.

Bubbly and full of laughter, teacher Rosie is out to find a deeper connection in the Love Pad. Can Cupid hit the mark and lead her to that special someone on #UltimateLoveNG

Unarguably one of the prettiest ladies in the pad, Rosie is ready to become the lady of the house. Despite a failed relationship that lasted for 12 years, the preschool teacher isn’t giving up on finding the one…we are rooting for you!

The stunning architect isn't mincing her words when it comes to traditions and it’s role in her life. She knows what she's looking for and we’re crossing fingers that she'll find it in the #UltimateLoveNG Love Pad!

Chris is the typical beauty with brains and for us, that would be one of her major selling points in the pad. The 35 years old brand architect believes in the African tradition in the house. She, however, knows what she is seeking for in a partner and won’t be missing it this time around.

Fabric trader Jenny Koko is a towering goddess who is ready to find love! Now we wait to see if she’ll show off her wifey material side in the Love Pad? #UltimateLoveNG

Jenny is selling traditional fabrics for a living, but we believe she is willing to buy the one she wants for her wedding. Jenny Koko, as her dad lovingly calls her, claims she auditioned for the reality show of Ultimate Love, because her grandma said that she should do so before the oil dries up.

The winners of the love Reality Television show – Ultimate Love in 2020 has not been announced yet.